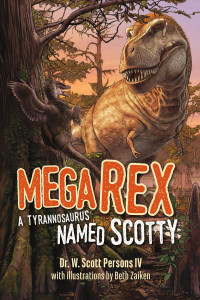 Scott Persons, assistant professor of geology and curator of the Mace Brown Museum of Natural History – Mega Rex: A Tyrannosaurus Named Scotty (Harbour Publishing, 2020) is an illustrated account of the discovery and research findings of the largest T. rex ever found. As the lead paleontologist, Persons delves into the details of the 23-year excavation and study, engaging dinosaur-obsessed children with new insights into tyrannosaurs and the world they inhabited. 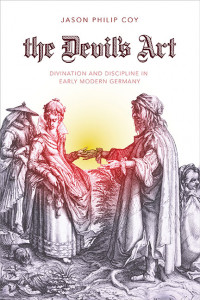 Jason Coy, history professor and department chair – The Devil’s Art: Divination and Discipline in Early Modern Germany (University of Virginia Press, 2020) examines divination in early modern Germany. He explores the activities of the soothsayers and witch doctors villagers employed to identify thieves and witches, read palms and cast horoscopes. Such popular fortunetelling faced centuries of elite condemnation, as the Lutheran clergy attempted to suppress these practices in the wake of the Reformation and learned elites sought to eradicate them during the Enlightenment. As Coy finds, these reform efforts failed, and these occult activities persisted and even flourished in Germany until well into the modern era. 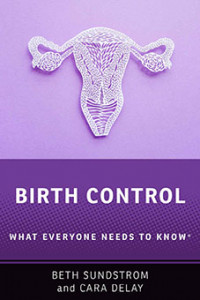 Cara Delay, history professor, and Beth Sundstrom, associate professor of communication – Birth Control: What Every Woman Needs to Know (Oxford University Press, 2020) is more than a user’s guide to available means of contraception and what the future holds. It also examines how supported family-planning infrastructure impacts society as a whole. Through reviews of policy, scientific literature and supplemental interviews with women, it uncovers women’s concerns and apprehensions about contraception, as well as the ways birth control empowers women and increases access to educational and professional opportunities. 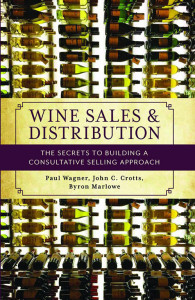 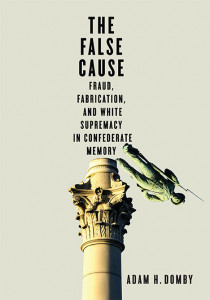 Adam Domby, assistant professor of history – The False Cause: Fraud, Fabrication, and White Supremacy in Confederate Memory (University of Virginia Press, 2020) is about the effort to recast the Civil War, and its goal to perpetuate slavery, as a heroic defense of the South. Domby shows how the fabrications of the “Lost Cause” narrative to recast the past buttresses white supremacy in ways that resonate today. 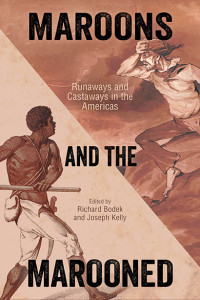 Richard Bodek, history professor, and Joseph Kelly, English professor and director of Irish and Irish American Studies – Maroons and the Marooned: Runaways and Castaways in the Americas (University of Mississippi Press, 2020) brings together literary scholars and historians to examine literal maroons in Brazil and South Carolina, as well as metaphorical maroons in time-travel novels and postapocalyptic narratives. Commonly the word maroon refers to someone cast away on an island, but the term originally referred to escaped slaves. Both runaways and castaways formed new societies in the wilderness. But true maroons, escaped slaves, were not cast away; they chose to fly toward the uncertainties of the wild in pursuit of freedom.