By Amy Stockwell|2020-12-11T08:56:42-05:00December 2, 2020|Academics, All News|Comments Off on Arts Dean Valerie Morris Exits the Stage
For 22 years Valerie Morris, dean of the College of Charleston School of the Arts, has sat in the audience at music and dance performances, theater productions and art lectures and presentations. She has served as a member of various boards and joined committees to raise funds. A perennial champion of the arts, Morris has always been there, standing off stage, determinedly cheering. And it’s an essential role in a city where the arts often take center stage.

“I have known Dean Morris for years as a fellow Rotarian and through her leadership in Charleston’s thriving arts community,” says Charleston Mayor John T. Tecklenburg. “Simply put, she’s been amazing in her impact on the arts scene here in Charleston, along with her personal joie de vivre!” 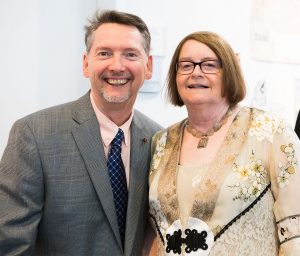 School of the Arts Dean Valerie Morris with former associate dean Michael Haga attend an event at the Halsey Institute of Contemporary Art.

Morris’s “joie de vivre” or enthusiasm for the arts began at a young age. Growing up in Beverly, Massachusetts, a suburb of Boston, she first became interested in the arts at the age of six after an aunt took her to see the movie Hans Christian Anderson starring Danny Kaye. Then she became very active in the local children’s theater and “used every excuse to spend backstage” at the North Shore Music Theatre, the largest operating regional theater in New England.
“I guess from the age of six, I always felt pushed towards the arts!” says Morris, noting that in high school her focus shifted to public speaking and promoting the arts, which won her an award for marketing her high school’s productions. “First, I wanted to perform, then I realized I wanted to be around artists of all types, and to help them achieve their goals.”  And that first meant achieving her goals. Morris received her bachelor’s degree in speech arts from American University and a master in speech with a theatre administration emphasis from the University of Michigan, Ann Arbor. Her career in the arts really picked up when she joined the faculty of American University’s Department of Performing Arts, where she became the founding director of that institution’s Arts Management Program.

According to Karen Chandler, associate professor of arts management at the College, Morris forged a path for women in the field.

“When I entered the field in the early ’80s, Valerie was one of a handful of women arts leaders who had founded and very successfully developed a program in arts management (at American University),” says Chandler, who also worked alongside Morris at American University.

Morris came to the College as dean of the School of the Arts in the fall of 1998. Since then, she has helped establish the undergraduate Arts Management Program and the Graduate Certificate in Arts and Cultural Management, as well as the Historic Preservation and Community Planning Program. 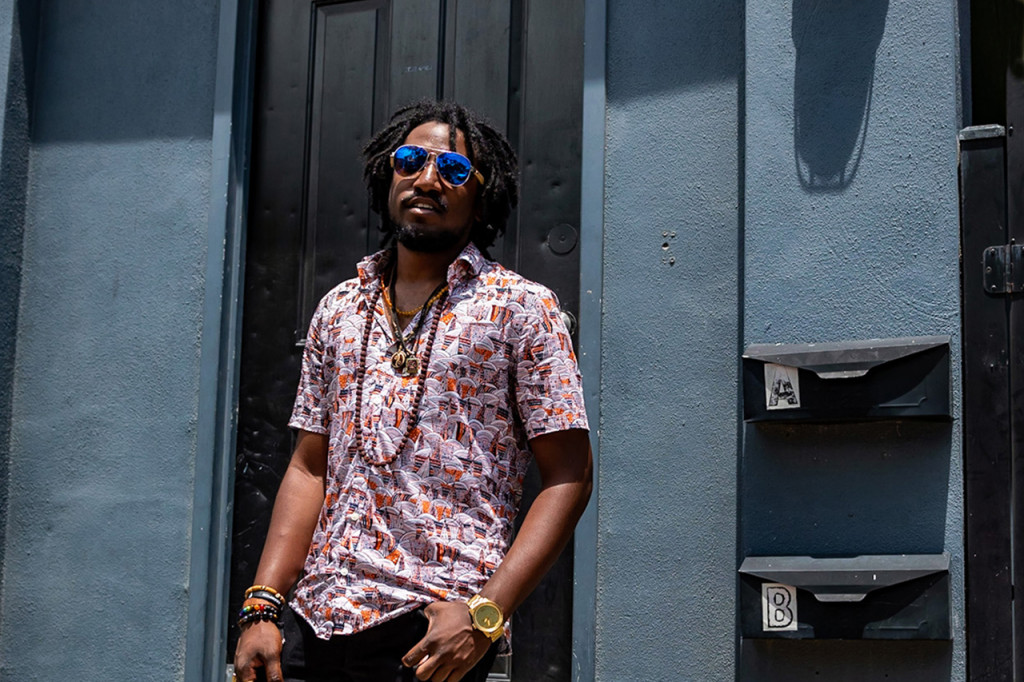 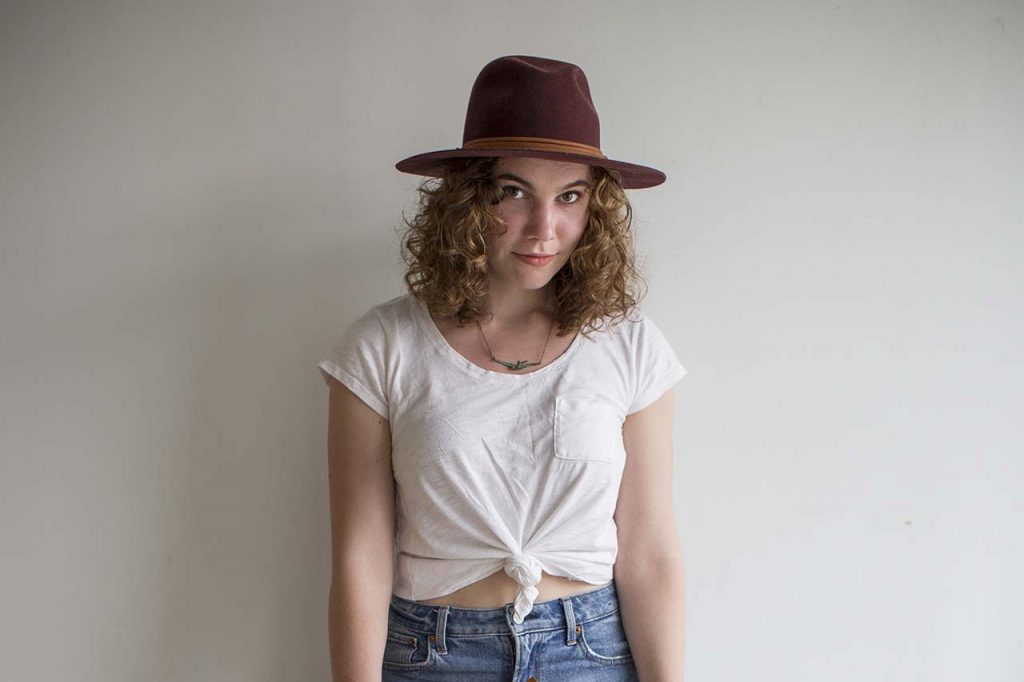 Morris scouted and hired esteemed contemporaries, including Scott Shanklin-Peterson from the National Endowment for the Arts to direct the Arts Management Program and her successor, Karen Chandler, from American University. Morris then used her background in marketing to raise awareness of the School of the Arts’s excellent programming throughout the South.

Under Morris’s leadership, the School of the Arts has grown and flourished, including earning the South Carolina Governor’s Award for the Arts, the state’s highest award in the arts. Other highlights of Morris’ tenure include helping to launch the Marion and Wayland H. Cato Jr. Center for the Arts in January 2010. The $27.2 million dollar, 70,000-square-foot building is a testament to the growth of the school from a small fine arts department into a comprehensive arts school with seven academic departments and programs. Morris also expanded the School of the Arts Council and, in 2003, established the Friends of the School of the Arts, a membership program that funds scholarships, student travel for competitions and productions, visiting artists, faculty research and development, and international recruitment efforts.

And Morris’s hard work has garnered the attention and support of some of CofC’s most esteemed arts alumni, including acclaimed painter Brian Rutenberg ’87.
“To excel as an artist, one needs to be organized, possess a clear-eyed vision and have a great sense of humor. These same qualities apply to leading an entire art school,” says Rutenberg. “Valerie has all of these attributes, plus she is a skillful communicator. Her creation is the world-class reputation that the School of the Arts at the College of Charleston enjoys today. We are all the beneficiaries of her effort.”

As for what comes next, Morris says her future will always include the arts as well as a focus on family.

“I’m keeping active on local, regional and national boards,” she says. “Eventually, my husband and I plan to spend considerable time on the West Coast, where my children and grandchildren live.”

To honor Morris’s 22 years of service to the College and the School of the Arts, longtime College of Charleston advocates, donors and volunteers Jean and Tap Johnson have established a scholarship in her name. It’s a fitting honor for someone who has done so much for CofC.

“Valerie has been a consummate mentor, advisor and colleague over the past 25 years. But more importantly, she is a trusted supporter and dear friend,” says Chandler. “She deserves to do whatever she wants now, feeling satisfied about the outstanding contributions she’s made to the arts infrastructure in so many places – and especially here at CofC.”