Above: Student-athletes (L-R) Kimbra Owens, Eileen Vedder, Sajon Belser and Naya Boualany are among a group of CofC athletes helping support diversity and inclusion initiatives through their work with the Student-Athlete Advisory Committee. (Photo by Chris Cook)

With more than 350 student-athletes from many different ethnic, religious and socio-economic backgrounds, including 26 countries, the College of Charleston’s sports teams are inherently diverse. They also have an elevated platform to talk about the importance of inclusion, which is why they’re taking the lead on promoting diversity initiatives and education around campus, in the community and on the road. 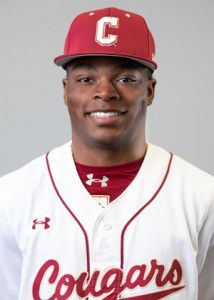 “I just wanted to get involved because of what 2020 brought along with COVID and racial inequality,” says Sajon Belser, a freshman outfielder on the baseball team and member of the Student-Athlete Advisory Committee (SAAC). “I felt like we could do some more as athletes and also as representatives of the College.”

With guidance from the Athletics Department’s newly formed Inclusion, Equity & Diversity Action Council (IEDAC), student-athletes like Belser and SAAC President Eileen Vedder are hoping to raise awareness about social injustices by taking part in efforts like the NCAA’s “My Story Matters” social media campaign. Also, the men’s and women’s basketball teams are wearing warm-up shirts that include the names of victims of racism, and they started their seasons off by playing “Lift Every Voice and Sing” following the national anthem at their first home games, joining other college basketball programs across the country by including the civil rights staple.

“Student-Athletes like Sajon and Eileen are using their voices to make a difference on campus and in the Charleston community,” says Jamaal Walton, the associate athletics director who sits on the Colonial Athletic Association’s United For Change Executive Committee formed this past summer. “They understand the importance of bringing people together for the betterment of the team and the community.”

Driven, in part, by CofC’s new 10-year strategic plan that includes diversity, equity and inclusion as one of its seven core values, the athlete’s actions were prompted by a Colonial Athletic Association forum that Belser and Vedder took part in this summer. While the pandemic has limited some of their options, other examples of their outreach include a school-supply drive for Memminger Elementary, a Title 1 school in downtown Charleston; a voter registration initiative; and an uplifting talk via Zoom on love and unity by former major league baseball player turned inspirational speaker Chris Singleton. They also conducted a food drive for the Cougar Pantry that netted more than 3,500 items. 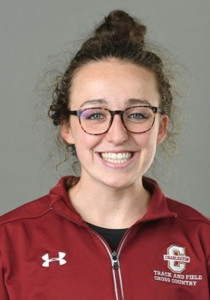 “As student-athletes, we have a role on campus as leaders,” says Vedder, a middle-distance runner on the women’s track team and a senior majoring in public health. “It’s important to use our voice and platform to spread good messages and do good work and make a change.”

While the College still has more work to do, Belser says has felt welcomed here from Day One even though he was a little “shell shocked” at the lack of diversity on campus compared to the melting pot of Northern Virginia where he grew up. Still, he hasn’t experienced any racial incidents here like he did back home. Two separate times on the field during high school, opposing members hurled ethnic insults at him.

“I just minded my business,” he says. “Obviously, I was mad, but I had a game to play. My focus was just win the game. There aren’t a lot of African Americans who play baseball, so minorities stick out.

“The College has been beyond supportive,” he adds. “Because the Athletics Department is filled with so many nationalities and races, we kind of have to be a family. I do notice a little less diversity when I’m in class, but I have never felt like I wasn’t welcomed. I feel like the campus is a very inclusive place.”