New Leaders Appointed to the School of the Arts, Center for International Education

College of Charleston Provost and Executive Vice President for Academic Affairs Suzanne Austin has appointed two longtime faculty members to lead the School of the Arts and the Center for International Education. 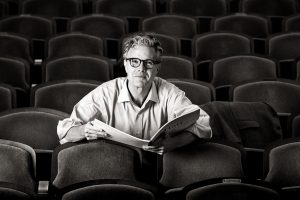 A music faculty member since 1993, Hart has a longstanding commitment to the success of the College and to Charleston’s vibrant arts community. He has served as department chair since 2013, demonstrating visionary leadership as well as many administrative and artistic talents.

Hart earned his master’s and doctoral degrees in music from the University of South Carolina and his B.A. in music at the College of Charleston. 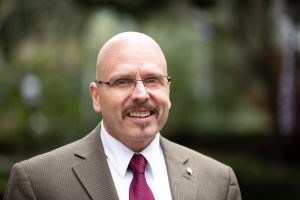 Del Mastro’s involvement with international education is impressive, starting with his own study abroad experiences as an undergraduate student in Salamanca, Spain, and then later as a graduate student in Madrid. As a faculty member at The Citadel for nearly two decades, he directed multiple study abroad programs in Spain, founded and directed their Maymester program in Quito, Ecuador, and oversaw the establishment of new summer programs in Alcalá de Henares, Spain, and Puebla, Mexico.

As chair of the College’s Department of Hispanic Studies from 2010 to 2019, he oversaw and helped bolster CofC’s own faculty-led programs in Argentina, Chile and Spain, and he worked directly with Sobiesuo to restructure the College’s program in Santiago, Chile, which is now hosted at the University of Santiago Chile. Del Mastro’s extensive work with international education for over 30 years will help the College build upon Sobiesuo’s many accomplishments at the Center for International Education.

Tagged with: academics • center for international education • school of the arts