In 2008, Jermaine Johnson ’09 had the distinction of scoring the first points ever recorded in the College of Charleston’s Carolina First Arena (now called TD Arena). This week, Johnson is hoping to make his mark in a new arena – the political arena. 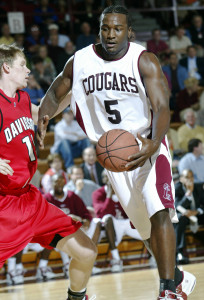 Jermaine Johnson playing basketball for the Cougars during his sophomore season at CofC. (Photo courtesy of College of Charleston Athletics)

Last November, Johnson, who was a standout player for the men’s basketball team from 2005-09, defeated his opponent to win the South Carolina House of Representatives District 80 seat, which includes portions of Richland and Kershaw counties. Johnson joins a handful of other College of Charleston alumni currently serving as members of the South Carolina General Assembly during the 2021 session.

These are not Johnson’s first steps into politics. For many years, he was an active member of the Richland County Democratic Party. As a community activist, he founded the New Economic Beginnings Foundation, which helps educate and find employment opportunities for troubled youth and veterans. Johnson’s impact on politics took a huge step forward in 2019 when he was named the South Carolina campaign chair for Andrew Yang’s 2020 presidential campaign.

However, this is the first time that Johnson is entering the political arena as an elected official. And like during his years on the basketball court for CofC, where he became only one of a handful of Cougars to score at least 1,100 points and grab 850 rebounds, Johnson is bringing his A-game.

Johnson decided to run for the House seat because he wanted to bring a different viewpoint and message to the district. Facing an incumbent in the primary election who had held the seat for the past 22 years, Johnson ran on a campaign that it was time for a change and new ideas. 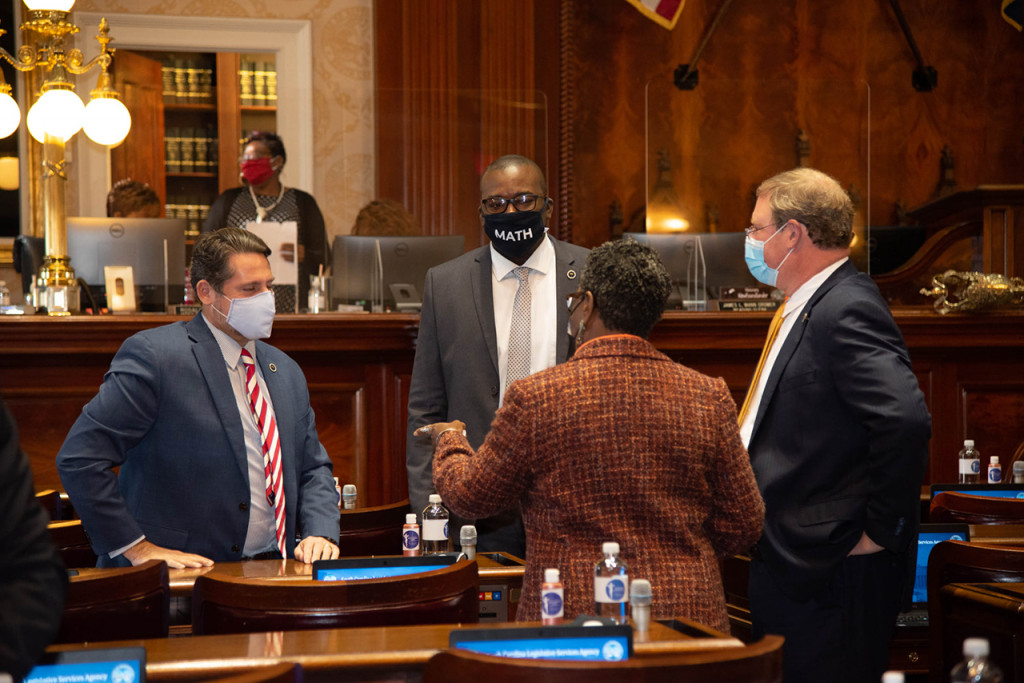 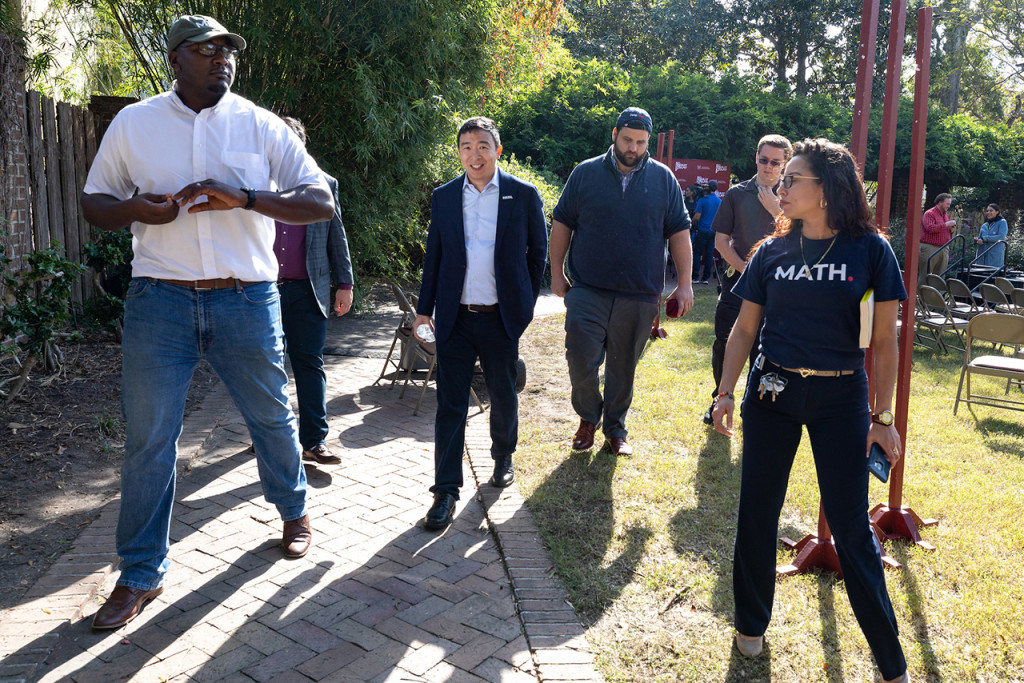 On November 22, 2019 Andrew Yang visited Charleston, SC for the Bully Pulpit series hosted by the College of Charleston.

Above: (Left) Johnson talks with fellow legislators at the South Carolina State House. (Right) Johnson with presidential candidate Andrew Yang during a visit to the College in 2019.

Johnson beat the incumbent, Rep. Jimmy Bales, in the primary and easily won the seat in the general election by gathering more than 75 percent of the vote. He believes voters were attracted to him because he is not the typical politician.

Johnson, who majored in communication at CofC before going on to earn a doctorate in business administration and organizational leadership from Northcentral University, was officially sworn into office last month. Included in that large crowd to watch Johnson’s swearing-in ceremony on the steps of the South Carolina State House was his former boss, Andrew Yang.

Johnson has set an ambitious agenda for his first year in office. He says he hopes to tackle some of the issues that regularly impact South Carolinians such as creating youth and senior programs, improving roads and bridges, and expanding access to broadband internet.

Tagged with: alumni • department of communication • homepage-feed • school of humanities and social sciences