By Alicia Lutz|2021-03-09T13:29:53-05:00February 24, 2021|Academics, All News|Comments Off on CofC Celebrates Kurt Vonnegut’s ‘Slaughterhouse-Five’
More than 50 years after its release, Kurt Vonnegut’s Slaughterhouse-Five (aka The Children’s Crusade: A Duty-Dance with Death) is not only still relevant: It’s inspirational. So much so, in fact, that former College of Charleston studio arts major Lance Miccio put brush to canvas to create 50 oil paintings depicting scenes from the novel for his exhibit, Slaughterhouse Fifty, at the Kurt Vonnegut Museum and Library in Indianapolis, Indiana. The exhibition originally debuted in 2019 in recognition of the 50th anniversary of the publication of Slaughterhouse-Five in 1969. And now – thanks in large part to English Professor Susan Farrell – 23 of those paintings are on display in the Addlestone Library rotunda through March 15, 2021. “As a Vonnegut scholar who is currently writing a book about the history and writing of Slaughterhouse-Five, I was delighted to help bring the exhibit to CofC,” says Farrell, who not only wrote the Critical Companion to Kurt Vonnegut: A Literary Reference to his Life and Work (New York: Facts on File Press, 2008), but also founded the International Kurt Vonnegut Society. “I love the variety of Mr. Miccio’s paintings, their colorful and outgoing nature, and of course, the deep connection to Slaughterhouse-Five.”

Paintings from the exhibit ‘Slaughterhouse Fifty’ are on display in Addlestone Library through March 15.

The College Today caught up with Farrell to learn more about her own connection with Slaughterhouse-Five, why the novel still resonates with readers today and why Kurt Vonnegut and his works have such a resilient place in American literature.

What do you think Vonnegut, as an artist himself, would think of the paintings in the exhibit?

It’s not that well-known that Vonnegut was a visual artist as well as a writer. He turned to creating his own drawings and silkscreens, especially later in his life. But he was fascinated by visual art his whole career. One of his novels, Bluebeard (published in 1987), is set in the mid-20th century and focuses on the pull between realistic painting and abstract expressionism, a school of painting that Vonnegut himself loved. He even wrote an essay about Jackson Pollock that was published in Esquire magazine. I think Vonnegut would very much appreciate Mr. Miccio’s paintings for these reasons. As he famously wrote to a group of students at Xavier High School in New York in 2006, Vonnegut believed that practicing the arts was a way to “make your soul grow.”

When did you become interested in Vonnegut’s work and what was it about him and his books that really intrigued you?

I first became a Vonnegut fan when I read Breakfast of Champions in high school. I continued to read his books in college: Cat’s Cradle, with its strange, invented religion of Bokononism, was probably my favorite at that time. The books were quick, easy reads, sometimes included line drawings, and sounded like nothing I had ever read before. But it was only when I started to routinely teach Slaughterhouse-Five in my upper-division Contemporary American Fiction course at CofC that I truly came to admire how humane and generous without ever slipping into preachiness Vonnegut’s works are, and what an innovative stylist he was as well. 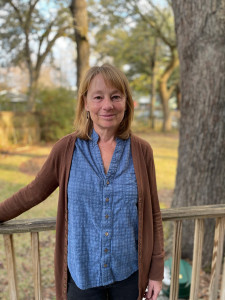 What was your role in founding the International Kurt Vonnegut Society?

I was working on a book about Vonnegut (Critical Companion to Kurt Vonnegut: A Literary Reference to his Life and Work) when he died in April 2007. His death struck me hard as I was so immersed in writing about him, and it prompted me to organize a roundtable discussion about Vonnegut’s life and influence at the American Literature Association conference the next year, in 2008. I also proposed starting a Kurt Vonnegut society at that same meeting. The American Literature Association itself is a coalition of academic societies devoted to the study of American authors. It has well over 100 affiliated societies, but no specific group was devoted to Vonnegut at that time.

What does the society do and how does it contribute to Vonnegut’s prominence in American literature?

The Kurt Vonnegut Society was formed for two principal purposes: (1) to promote the scholarly and critical study of Vonnegut’s work and (2) to provide a forum for students and scholars to share research and ideas. We promote Vonnegut scholarship by maintaining a website (http://blogs.cofc.edu/vonnegut/) that provides biographical information, calls for academic papers, a bibliography of scholarly sources about the author, plus various other information. We also put together several conference panels each year that focus on Vonnegut’s works and his contribution to American literature.

What is your favorite Vonnegut book and why?

Slaughterhouse-Five is my favorite because I think it’s his masterpiece. I’m also very fond of his third novel, Mother Night, which is about an American-born playwright named Howard Campbell who becomes a Nazi propagandist during World War II. Campbell claims that he was really a secret double-agent during the war, sending coded messages to the Allies during his hateful, anti-Semitic broadcasts. The book explores interesting questions about identity: What is the “real” self – is it the self we believe we are inside, or is it the self we pretend to be on the outside, the self that others see?

What makes Slaughterhouse-Five continue to be relevant 50 years after it was written?

Slaughterhouse-Five is a beautiful, humane and funny anti-war book. It very self-consciously overturns narrative conventions as it insists that the way we tell stories shapes the world we live in. Vonnegut wanted to write a book that couldn’t be made into a movie starring John Wayne or Frank Sinatra, that would not glamorize war or make children grow up and want to go to war. That’s one of the reasons he subtitled the book “The Children’s Crusade.” He actually published his book about the Second World War at the height of American involvement in Vietnam, in 1969. Fifty years later, it still seems crucial to remind readers just how ugly and painful war is.

In Slaughterhouse-Five, the main character Billy Pilgrim is unconstrained by time – seemingly traveling between the past, present and future. What do you think Billy would think if he were to travel to 2021?

In the book, Billy Pilgrim is a passive, damaged character. Most critics agree that Billy Pilgrim’s time travel, which involves being kidnapped and taken to the alien planet Tralfamadore, is a fantasy that helps him cope with his wartime trauma. The aliens tell Billy that death doesn’t matter, that it is only a point on a never-ending loop of time. This theory comforts Billy. I think if Billy were to travel to 2021, he would try to comfort himself by pretending that all the awful things happening – pandemic, capitol riots – don’t really matter and that we have no free will to change them. Vonnegut himself, I believe, would condemn this view.

What do you think Vonnegut would think of what’s going on in the world today?

Sadly, Vonnegut became fairly bitter about the world before he died, much like one of his literary heroes, Mark Twain. His 2005 collection of essays, A Man Without a Country, expresses despair about environmental degradation and also about what he considered to be the grotesque absurdities of the U.S. war in Iraq. I don’t think he’d be too pleased with the political situation today. Interestingly, in his novel Galapagos (1985), he imagines that a new bacterium wipes out the human population on earth, except for a small group of survivors on the Galapagos Islands.

Censorship is a hot-button topic these days. What do you think the numerous censorship attempts and challenges to Slaughterhouse-Five can teach us about the strength and fortitude of the First Amendment?

The book has been banned mostly for scenes involving sexuality and obscene language. In a particularly egregious incident of early censorship in which the book was actually burned in Drake, North Dakota, in 1973, Vonnegut defended the First Amendment on the grounds that young people should be exposed to as much information and as many diverse opinions as possible, writing that it was “ignorant, un-American, and uncivilized” to try to protect young people by sheltering them from coarse language when it is “evil deeds and lying” that really harm them. The exhibit at the College of Charleston Addlestone Library is available for viewing to all current CofC students, faculty, staff and Friends of the Library during regular business hours. Please observe all campus COVID precautions.