As a queer Black woman from Greenville, South Carolina, Reagan Williams was hardly a stranger to the social injustices that minorities face when she came to the College of Charleston. She knew the world wasn’t a perfect place – but she also knew that we all have a responsibility to make it better while we’re here.

“When I started at the College of Charleston, I took a walk around Charleston and thought about the history here – how my ancestors came here as slaves, and here I was, going to college,” says the graduating senior who double-majors in psychology and women’s and gender studies. “I thought of Maya Angelou’s line, ‘I am the hope and the dream of the slave’ – which has been a mantra on my wall ever since. It really instilled in me a sense of appreciation for the people who made college possible for me, and a sense of responsibility and a commitment to create a space for the Black community on campus to feel seen and heard.”

Kristi Brian, Gender and Sexuality Equity Center (GSEC) director and adjunct faculty member in the Women’s and Gender Studies Program (WGS), quickly took notice of Williams, who was an outspoken student in Brian’s First-Year Experience class, Social Identities and Social Justice. Brian was so impressed by Williams’ passion that she invited her to join GSEC’s executive board before the end of her first semester at CofC.

“It was a burning desire to speak out against homophobia and sexism in the classroom that led to my agreeing to participate in GSEC,” says Williams. 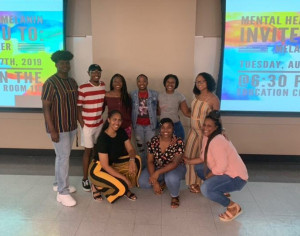 That experience gave her a lot of confidence as well as insight into what it really takes to enact change. And faculty and administrators have taken notice of her thoughtful leadership.

“Reagan is always conscious of the greater community; she always looks at multiple perspectives,” says Lynda Keller, assistant director of the College’s Office of Multicultural Student Programs and Services. “Her activism is really about elevating other’s minority voices even though she is one of those voices. She is calm and thoughtful about what she does and the words she uses. She doesn’t approach her activism impulsively. It always seems as though she is listening to come up with the best plan.”

“She reflects, listens and pays close attention in her desire to better understand others and their experiences – then she acts,” agrees WGS Director Kris De Welde. “In fact, Reagan’s aptitude toward intentionally creating space for multiple and diverse viewpoints is evident in all that she does.”

Take, for example, the Mental Health in Melanin (MHM) organization that she co-founded in early 2019 after witnessing and experiencing the gaps in mental health care in marginalized and minority communities on campus. 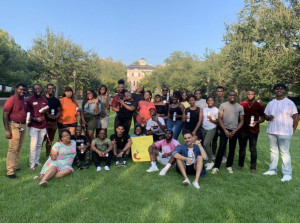 MHM participated in the Suicide Prevention Week in September 2019.

“Mental health is so tied to our identity, and I saw that Black students didn’t have a place to go where their experiences were understood,” says Williams. “We needed a place of understanding, so we decided to create a space where Black and brown students from across campus could go for support and healing.”

And so she and a classmate formed MHM to help the College’s Black, brown and LGBTQ+ communities combat the stigma of mental health through education, mindfulness, service projects and programming focusing on mental health, suicide prevention and other topics.

“Our purpose is to be intersectional as we move from a collective trauma response to a productive healing response,” says Williams, who hopes not just to stay active in MHM after she graduates, but to work toward starting chapters at other college campuses, as well. “It is my vision that MHM provide a safe space to cultivate peace and promote peer education as well as academic excellence.”

MHM isn’t the first effort Williams has spearheaded on campus. She also took an active role in organizing the Intersectional Cougar Action Network (I-CAN), a powerful student coalition that has been a catalyst for significant change on campus.

“If something isn’t available, isn’t just or doesn’t exist, Reagan acts,” says De Welde. “While I have come across many exceptional, committed, feminist activist undergraduate students, Reagan stands apart in her resolve, humility and leadership on issues of social justice.”

Williams doesn’t just stand apart – she stands out: She recently was awarded the Sociologists for Women in Society (SWS) Undergraduate Social Activism Award, which recognizes students who make substantial contributions to improving the lives of others through activism.

“Receiving – and even being nominated for – the award was such an honor,” says Williams, who also received the College’s 2020 Eugene Hunt Rising Senior Award and was named the 2020 WGS Engaged Student of the Year. “I never really set out with the goal of being a social justice warrior, but reading the nominations and reflecting on all my work was incredibly gratifying. I was humbled and proud. It was the first time I’ve taken the time to look at the body of work I’ve created while I’ve been at the College.”

That body of work includes not just her work with GSEC, MHM and I-CAN, but also with the WGS Student Advisory Committee, the Center for Excellence in Peer Education and the Black Student Union – not to mention serving at the Gay Men’s Health Crisis Center in NYC through an alternative spring break. One of her most fulfilling commitments, however, is to the Iota Omicron Chapter of Alpha Kappa Alpha Sorority Inc., for which she served as global impact chair. 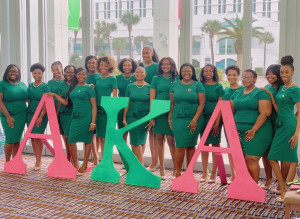 Alpha Kappa Alpha has been instrumental in Reagan Williams’ passion for social activism.

“Very instrumental in my activism was the drive to be part of Alpha Kappa Alpha. Growing up, I didn’t see a lot of Black or brown women in leadership roles – but the women I did see, the women paying attention to social initiatives, were lifelong members of AKA,” she says. “Getting to the point that I had confidence to be a part of this sorority and be around accomplished Black women who I really looked up to was huge for me.”

The confidence and the self-reliance that Williams has found during her time at the College has been life changing.

“Taking advantage of not only being in the room, but creating spaces for dialogue outside the classroom to indulge in the benefit of vast perspectives has been pivotal in my development,” she says. “I have fought during my time at the College of Charleston to demand a high level of conscious and cultural shift through dialogue and healing. My passion drove me to place myself in rooms with decision-makers and to have important conversations with administrators and foster a relationship between them and our marginalized students.”

Williams is currently looking at graduate programs in industrial and organizational psychology and hopes to go into diversity intervention and consulting work in the corporate setting before ultimately returning to academia as a professor. Wherever she goes after graduation, the effects of her activism are certain to remain strong at CofC for years to come.

“Knowing that change is continuing to happen on our campus because of demands and contributions I have made through GSEC, our minority student coalition, the Intersectional Cougar Action Network and as a consultant to our Black Student Union, I hope I leave a legacy that is felt and a path forward for others in search of healing all that is broken,” she says. 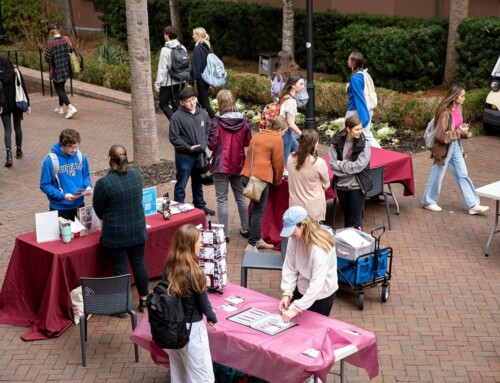