‘If These Walls Could Talk’ Documentary Discussion Set for Tuesday

If These Walls Could Talk, a new documentary examining the history of enslaved Africans who built structures on the College of Charleston campus, will be the focus of a virtual discussion event on Tuesday, March 23, 2021, that further delves into the institution’s complex history. 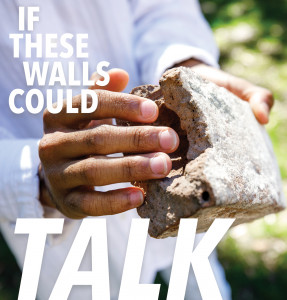 The 45-minute virtual conversation, which begins at 5:30 p.m., will discuss the making of the film and its role in the national conversation of how historic U.S. colleges are addressing their ties to slavery. The virtual event will be held on Microsoft Teams and is open to the public as well as the CofC community. The event was rescheduled from an earlier date.

RELATED: Watch If These Walls Could Talk now online.

Spearheaded by Charissa Owens, director of diversity education and training in the Office of Institutional Diversity, and written and directed by Michael T. Owens, adjunct professor of English, the 45-minute documentary features the research and expertise of College faculty, staff and students. In a series of conversations with professors, the film offers a range of perspectives on the College’s complex history and connections to slavery.

“This documentary is a ‘must see’ for all in decision making positions,” says CofC Board of Trustee Demetria Noisette Clemons ’75. “We now know who we were. Let us begin to tell who we are and who we will be. Will we walk in the light? Will we be able to take the journey that begins where the path ends?”

The College welcomed over 100 guests to the debut screening of If These Walls Could Talk on March 12 at The Bend, an outdoor venue in North Charleston. The documentary was premiered to students during a special screening on March 13  in the Cistern Yard.