Emerald, Topaz, Ruby, Pearl, Turquoise, Amethyst and Sapphire are all treasures to Jonathan Cundiff, but they aren’t precious stones – they happen to be the names of the bison on the Upstate farm he helps tend. 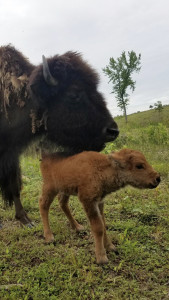 “They are so huge and can seem lazy and slow at times, but their athletic ability is incredible,” says the senior network security engineer for enterprise systems in the Division of Information Technology (IT), who hadn’t cared for an animal bigger than a Great Dane before getting involved with the herd of 2,000-pound creatures at Southern Bison Ranch. “I was very surprised to see just how fast and agile they can move.”

Cundiff began caring for the bison after his friend found a plot of land in Upstate South Carolina, near Kershaw, and recruited him and a few others to go in on the farm.

“He basically came to me and said, ‘Do you want the opportunity to own a piece of land and be a part of a bison ranch?’ and I said, ‘Hey, why not? That sounds like it could be fun!’” 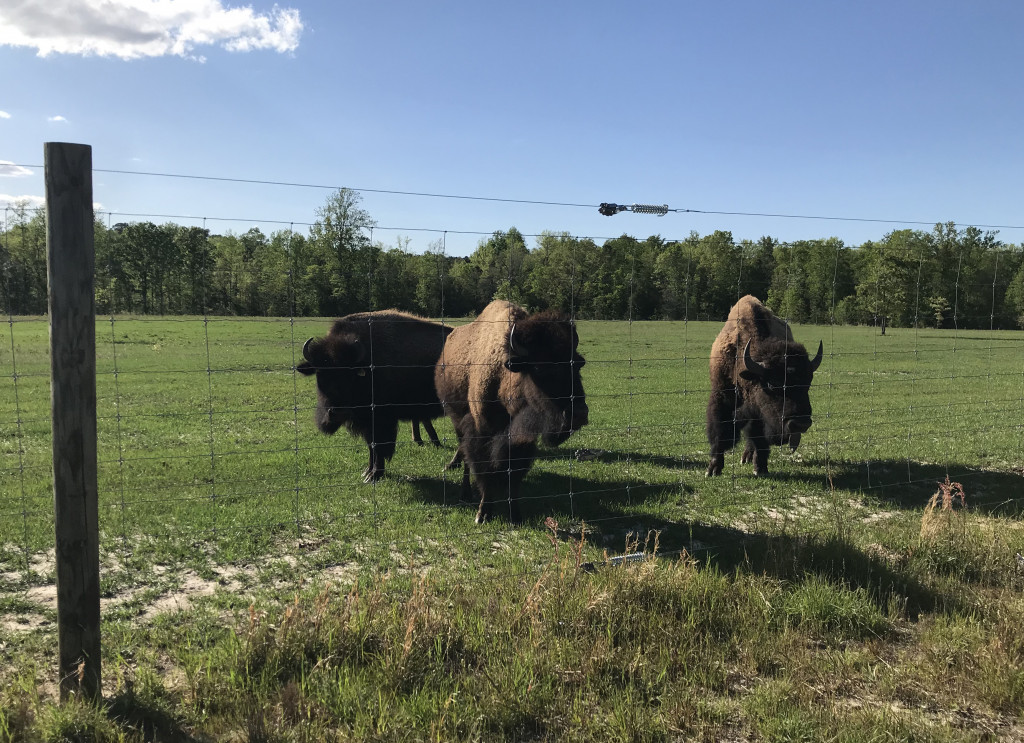 And Cundiff has been checking in on the animals once a month ever since.

“The bison are pretty self-sufficient and do not require a whole lot of care once their pastures are ready,” he says. “Most of the work that we do deals with clearing off the land and getting the soil ready to grow grass.”

But observing the creatures and watching how they interact is what Cundiff likes most.

“When members are added or removed from the herd, you will see some of them start to have a completely different personality as they adjust to a new role,” he says, adding that raising bison “is an awesome experience. They are really cool animals, and it has been a lot of fun to be around them.”

After all, who wouldn’t want to spend time with gems like Emerald, Topaz, Ruby, Pearl, Turquoise, Amethyst and Sapphire?

Tagged with: division of information technology • faculty and staff