Alumnus on the Frontlines of COVID-19 Variant Research

When Matthew Keller ’10 graduated from the College of Charleston with bachelor’s degrees in chemistry and biochemistry, he had no idea that a decade later he would be researching the virus causing the worst pandemic in over a century. 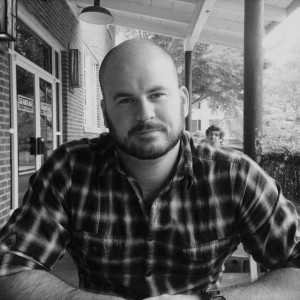 But that’s exactly what he found himself doing when he became a biologist with the Centers for Disease Control and Prevention (CDC) in August of 2020. Keller, who earned his Ph.D. from the University of Georgia in biochemistry and molecular biology, researches influenza viruses and SARS-CoV-2 (the virus that causes COVID-19). Specifically, he studies how to detect variants and co-infections of the two viruses.

And Keller’s research recently contributed to a study of COVID-19 variants published in the scientific journal Nature. The College Today caught up with Keller to find out how he went from a young science student to working on the frontlines of medical science at one of the most critical times in history.

How did your time at CofC set you on a path to a career at the CDC?

Doing research with (former CofC chemistry professor) Pamela Riggs-Gelasco made all the difference. Getting experience really helped me decide what path I wanted to go down. I remember feeling amazed that, unlike a lab for a class, research is completely new and no one in the world knows the answer. I couldn’t resist the idea of taking on new challenges and generating new knowledge. That led me to grad school to do more research, and ultimately to a postdoctoral fellowship at the CDC that led to a permanent position as a biologist.

To an extent, yes, but I was never committed to researching viruses. In fact, I never researched viruses until I got to the CDC. As an undergraduate, I researched metalloenzymes (a type of enzyme). As a grad student, I tried to make biofuels in organisms that grow at very high temperatures. Still, by the time I got to the CDC, I had the necessary experience and training to be successful. Through my undergraduate and graduate training, I had learned specific competencies like nucleic acid extraction and PCR (polymerase chain reaction) as well as the general how-to-be-a-scientist skills like how to systematically approach a complex problem.

What did your postdoctoral research at the CDC focus on?

I had two main projects. The first was to use nanopore sequencing to directly sequence the influenza virus’ RNA genome. When RNA is normally sequenced, it is copied into cDNA, amplified, and the original sequence in inferred. This works great for just getting the sequence, but it obscures some of the information contained by the RNA molecule, like RNA modifications. I figured out a way to take RNA out of a virus and pass those same molecules through a pore for sequencing. As the sequencing technology improves, this work opens the door to a deeper understanding of the lifecycle of the influenza virus and its genetic material.

My second project was to use the existing in-house high throughput influenza virus sequencing pipeline as a model to build something smaller, faster and portable. We re-worked the process until we had something that could fit in a few pelican cases and give us sample-to-sequence results in about eight hours, as opposed to four days. We demonstrated this by going to a large swine show, setting up the lab in a horse stall, swabbing pigs in the evening and having results by breakfast. That exercise gave us the opportunity for another first: to make a vaccine from emailed data. We noticed that the main virus we found was a descendant from an old human seasonal virus that hadn’t been circulating in humans for some time and had several important changes compared to the existing vaccine. Our suspicions were confirmed as that virus was later found in humans and was the dominant variant virus (from animal) that summer. Had it spread to more than a few dozen people, our proactive surveillance efforts would have given us an approximate eight-week head start in vaccine manufacturing. Both projects are ongoing.

How did you get involved with studying COVID-19 variants?

What did you learn about COVID-19 variants?

I’ve learned that the virus is perfectly happy to cut out pieces of its own genome to spread faster. All biological entities mutate as they propagate. Every new generation is just that: new. Viruses can multiply quickly, so they can mutate quickly. Most of these mutations don’t do anything or they lead to a defective virus. Sometimes, these mutations increase the fitness of the virus, that is, make it more able to reproduce. The variants of concern have made advantageous (from the virus’ perspective) changes to their S-gene, which encodes the spike protein. The spike protein is displayed on the surface of the virus and is tasked with getting the virus into the host cell, like a key for a lock. The variants have mutated themselves a better key. The spike protein is also the target of the immune response and the vaccine. Fortunately, the vaccine is still quite effective against the variants.

Did you ever think you would be researching mutations of a virus that caused the first major global pandemic in a century?

I definitely thought I would work on a pandemic, but I thought it would be an influenza virus. While this may be the worst pandemic in a century, it’s not the first. There have been several, and the most recent was the swine flu pandemic which was declared on June 11, 2009. Pandemics, unfortunately, happen with regularity. It’s only a question of preparedness.