As the Class of 2021 prepares for Commencement, May 6–8, The College Today will highlight how some of our graduating seniors spent their time at CofC, and what the future holds.

When Haley Schanne crosses the Cistern this week, she’ll be joining an exclusive group. Only 30 individuals have completed the College of Charleston’s environmental and sustainability studies and public administration concurrent master’s degree program since its inception in 2011. She’ll also be armed with potent credentials – a Master’s of Public Administration (M.P.A.) and a Master’s of Environmental and Sustainability Studies (M.S.) – for making an impact in the world. And that’s precisely what she plans to do.

Schanne, who earned her undergraduate degree in marine biology from the University of Rhode Island, came to the Graduate School of the University of Charleston, S.C. from the Chesapeake Bay area of Delaware where she spent a year working at the Chesapeake Bay Trust, an environmental nonprofit. She says her time working for the trust left her with an important lesson – it takes more than science to successfully address environmental issues. It also requires a full understanding of policy considerations as well.

“When I learned about the concurrent-degree program, it really aligned with what I want to do, which is work with environmental nonprofits to accomplish meaningful change,” Schanne says. “This program gives you the best of both worlds. The M.S. portion allowed me to refine my environmental background in marine science and expand that into different issues. And the M.P.A. program was something of a boot camp; it taught me what public service is all about. On the whole, this program has shaped me into a public servant who happens to understand hard science as well. I really found my true identity through the process.”

Schanne acknowledges that the concurrent-degree program can be demanding, but she says it’s also transformational. In fact, Schanne’s experience through the program earned her a spot in the American Society for Public Administration Founders Fellows Class of 2021, which offers professional development and networking opportunities to graduate students and new professionals beginning their public service careers.

“This program taught me that I can think about something from the environmental perspective, but that issue might also play into homelessness or social justice or some other realm as well,” she says. “It’s no longer feasible for us to advocate for clean water just for the sake of clean water. To get real environmental work done, you have to understand the human aspect. This program does that.”

Indeed, assessing the human aspect of a challenge is essential to finding a meaningful solution, says Schanne.

“‘How does that look in practice’ is something I’ve learned to ask,” she says. “I used to look at every issue only through an environmental lens because that’s what I knew, but after being exposed to the world of public policy, I feel much more well-rounded.” 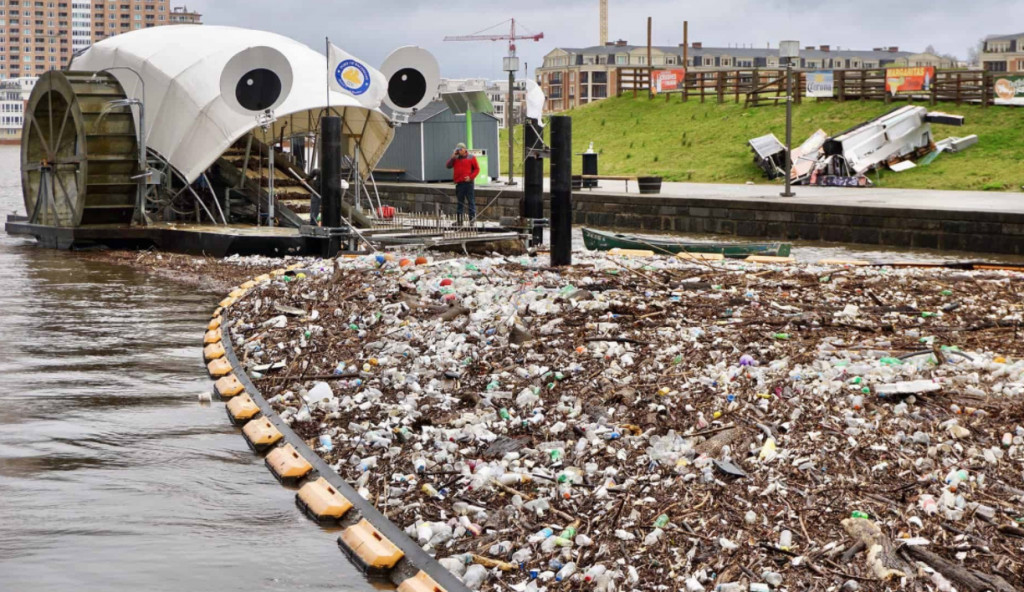 And that broader perspective was evident in Schanne’s graduate thesis – an examination of the public-private partnerships supporting a successful harbor-cleaning initiative in Baltimore, Maryland.

Schanne chose to study Mr. Trash Wheel, a cartoonish device that scoops up refuse from the waters of Baltimore Harbor. She was intrigued not only by the novelty of the concept, but also by the partnerships that support its work.

“I went in thinking I would be talking to environmental groups and government agencies,” she says, “because that was how I thought it worked. Actually, it’s much more robust than that. Mr. Trash Wheel is privately created, partially funded by local governments and operated by a nonprofit. All these entities share a stake in this issue, so they have gotten together to address it. And that’s vital.”

Schanne adds, “We live in a world with problems that are so interconnected and so complex that no one sector – public, private or nonprofit – can fix these things on its own. Even at the international level, a lot of the solutions coming out of the United Nations regarding climate change are rooted in public-private partnerships whether those include nongovernmental organizations and international businesses or governments all working together.”

In the immediate future, Schanne plans to relocate to the Seattle area to take advantage of the many environmental initiatives flourishing in that region.

“Puget Sound is really an up-and-coming area for the environmental movement,” she explains. “People there are recognizing some of the long-standing environmental issues and they’re really starting to listen to the native and indigenous voices regarding solutions, which is very interesting. With the work I’ve done in the Chesapeake region, and having a thesis focused on successful public-private partnerships – as well as the knowledge I’ve obtained in this master’s program – I’ll be well positioned for some sort of advisory role, eventually. Initially, while I’m young and optimistic, I can do more labor-intensive work, and perhaps later, when I’ve gained greater experience, I’ll move into policy advising.”

And that would certainly be the best of both worlds.