By Amy Stockwell|2021-06-08T09:16:52-04:00May 20, 2021|Academics, All News|Comments Off on 6 CofC Students, Grads Selected for Prestigious Scholarships
During the 2020-21 academic year, College of Charleston students have been applying for and winning competitive scholarship awards in impressive numbers despite the many challenges and disruptions created by the pandemic. For the first time in CofC history, three Honors College students are the recipients of the Critical Language Scholarship Program (CLS), an intensive overseas language and cultural immersion program for American college students. In the School of Sciences and Mathematics, three Honors College students received the National Oceanic and Atmospheric Administration (NOAA) Ernest F. Hollings Undergraduate Scholarship. “Winning one of these prestigious awards is a great achievement, especially in the midst of a global pandemic,” says Jesslyn Collins-Frohlich, director of the Office of Nationally Competitive Awards and Honors College faculty fellow. “These excellent programs will provide each student with a unique set of experiences and the opportunities to gain skills that will distinguish them in their respective fields.” In addition to the CLS and NOAA scholarship recipients, the Honors College had three students this year awarded the prestigious Goldwater Scholarship as well as seven students named as Fulbright semifinalists. CLS Scholarship Program 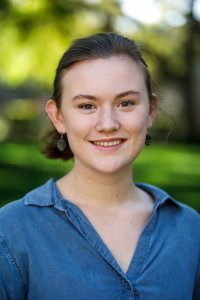 The CLS, a program of the U.S. Department of State, is part of a wider government initiative to expand the number of Americans studying and mastering foreign languages that are critical to national security and economic prosperity. The program supports the costs of university-level language course work at designated CLS institutes. “Many languages are dying rapidly as recent generations are incentivized to learn globally dominant languages, such as English and ditch their native tongues,” says psychology major Alison Moore ’21, who graduated in earlier this month. “While there is utility in speaking a common language, I believe every speaking community deserves to feel a sense of pride in their native language. Once a language dies, we lose a tie to that community’s history, culture and its linguistic diversity. I would like to help preserve endangered languages by working with speaking communities and applying their cultural values in order to keep their native language alive.” 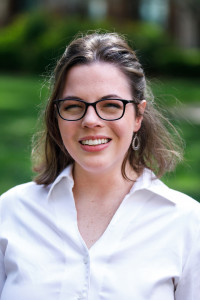 Moore, who is from Greenville, South Carolina, is looking forward to learning about how the history and culture of Punjabi-speaking communities in India and Pakistan influence the linguistic choices individuals make within their respective communities. Kelly Lifchez ’21 graduated in May as a double-major in international studies and economics and a double-minor in math and Russian studies. She was inspired to study the Russian language by her great-grandparents, who migrated from the Soviet Union in the early 1900s. “I’ve always been interested in the culture and history of Eastern Europe and Russia, and I think understanding the language is key to understanding its people,” says Lifchez, who is from Columbia, South Carolina. “It was really exciting to receive the scholarship because the CLS is looking for cultural ambassadors and students who are able to facilitate a lot of cross-cultural exchanges, and receiving the scholarship means they believe that I will be an effective cultural ambassador.” 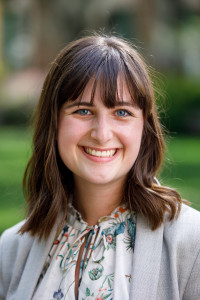 Lifchez is applying to the Fulbright English Teaching Assistant program and if accepted, will be able to use the language skills that she develops through the CLS program. Grace Kern, a rising junior double-majoring in political science and international studies from Fort Mill, South Carolina, sees the CLS program as a launching point that will give her the opportunity to advance her education of the Arabic language and culture. Kern came to the College with no prior knowledge of Arabic, but knew she wanted to work in immigration and international and humanitarian law and chose the language because of its global connection. “Language is the easiest way to earn the trust of, and show respect for, people of different cultural backgrounds,” Kern says. NOAA Hollings Undergraduate Scholars 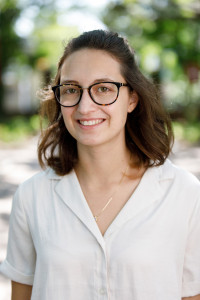 The NOAA Ernest F. Hollings Scholarship program provides scholars with hands-on, practical experience in NOAA-related science, research, technology, policy, management and education activities. Emily Dombrowski, a marine biology and French double major, chose to study marine biology because she wanted to “explore the effects of climate change in the seas” and better understand the processes being used to navigate these challenges. “When I started college, I was on a pre-med track and pursuing marine biology because I was passionate about the subjects,” says the Evansville, Indiana, native. “As I started to do research, I found really interesting connections between human health, ecosystems and marine organisms. I decided that I was more interested in exploring marine biomedicine than going to medical school.” This scholarship will allow Dombrowski to conduct research with NOAA and to participate in a summer internship where she will meet like-minded students who are dedicated to conservation work. 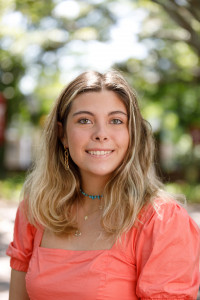 “Our generation has grown up with climate change, and I am very interested to see how my peers are approaching this issue and using their perspectives to make meaningful progress,” says the Honors College student, adding the support she’s received from CofC was integral to her receiving this scholarship. “The Honors College pushed us to attend a research fair where faculty and students could connect, and it was there that I met my research advisor and started doing animal husbandry. The College’s financial support and research availability for students, even freshmen, has shaped my career plans.” Claire White, a marine biology major and a double-minor in environmental and sustainability studies and Spanish, has always dreamed of becoming a marine biologist and studying the ocean. “I have constantly been fascinated with the ocean and everything in it, and since I was 10 years old my goal has been to become a marine biologist,” says White, a native of San Antonio, Texas. The NOAA scholarship program will help her shape her career plans as she looks toward the future. “This will give me the chance to see what a career in research biology would entail, while meeting leading research professionals in the field and expanding my network,” says White. “I’m also welcoming the opportunity to travel and explore new environments and places through the field of marine biology. This scholarship has really opened my eyes to what the future could look like for me as a graduate student.” 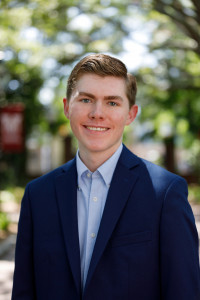 And Connor Cozad, a rising junior double-majoring in data science and meteorology from Chester Springs, Pennsylvania, has been interested in the weather for as long as he can remember. “When I came to the College, I became involved in a research project with geology Professor Norman Levine and marketing and computer science instructor Lancie Affonso aimed at developing a data-driven mobile app that predicts street flooding across Charleston County,” says Cozad. “I’m part of that project today, and it has shown me how I can combine my interests in data science and meteorology in a meaningful way.” As part of the NOAA Hollings scholarship, Cozad will intern at a NOAA facility during the summer of 2022. “I’m really excited to find out where it takes me, and I’m looking forward to seeing another perspective on the intersection of data science and meteorology,” he says.