New Juneteenth Holiday is Reason to Celebrate, But Not a Replacement for Systemic Change

The move by Congress last week to approve Juneteenth as a federal holiday is an important moment, but one that should be taken in the larger context of ongoing racial and social justice movements, says College of Charleston African American Studies Director Anthony Greene.

“Should Juneteenth be celebrated nationally, absolutely, but in the minds of many African Americans, this is simply a symbolic victory instead of substantive, institutional change,” says Greene. 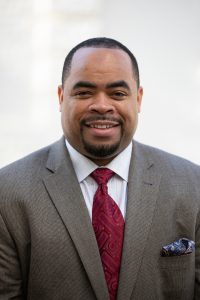 “The passing of the Juneteenth bill to make it a federal holiday has me perplexed because several states, primarily in the South, continue to push for legislation to prevent the teaching of America’s racist history and its lingering effects,” says Greene. “In other words, the [federal] legislation makes Juneteenth a national holiday, but [state] legislation is proposing to ban teaching the history of the holiday and why it exists.”

Juneteenth is an annual celebration on June 19th that marks the date in 1865 when word reached Texas, more than two years after the Emancipation Proclamation, that slavery had been abolished and those enslaved were free. In the more than 150 years since this seminal moment in American history, African American communities have marked the occasion of Juneteenth with picnics, festivals and church services.

“The celebratory moment of Juneteenth as a national holiday should be placed in proper context,” says Greene. “These moments exist as a performative gesture, no different than a year ago when corporations, organizations and cities across the country painted Black Lives Matter in their streets and/or posted statements of support and recognition on their websites. Unfortunately, the recruitment, hiring and promotion of qualified candidates of color, particularly African Americans, to senior-level positions across all professions remained stagnant.”

While it is a milestone that Juneteenth is now receiving federal recognition, Greene says it’s not a moment that signifies change.

“African Americans were going to continue to celebrate Juneteenth regardless of whether it became a national holiday,” he says.

In 2018, The College Today posed five questions to Greene about the history of Juneteenth and why it’s important to recognize Juneteenth within the larger context of American culture. Here are his thoughts.

What are the historical origins of Juneteenth?

As America prepares to celebrate its independence, many African Americans conjure up a little known, and often omitted, significant fact during this time – upon gaining its independence, Black people remained enslaved (see Frederick Douglass’s essay What Does the 4th of July Mean to Negroes). As such, independence, as it is celebrated, has two distinct historical meanings.

To commemorate when enslavement was abolished, Americans inaccurately highlight the Emancipation Proclamation signed by Abraham Lincoln, which took effect on Jan. 1, 1863. However, Lincoln’s proclamation was issued only to Confederate states in areas that were liberated by the Union Army. It was not intended to abolish slavery as an institution. Slavery remained legal until 1865 when the 13th Amendment abolished slavery and “involuntary servitude.”

Despite its abolishment, the 250,000 enslaved Africans in Texas did not immediately learn of their freedom. Several accounts have been put forth to explain why there was a 2 1/2–year delay in the news of emancipation to Slaves in the Lone Star State:

The announcement of freedom to the enslaved population in Texas has become known as Juneteenth (also known as the Black 4th of July). It is the oldest known celebration commemorating the ending of slavery in the United States. This African American holiday observes June 19, 1865, as the official day of independence and freedom for Black people in America. It is noted that June 19th is not the exact day Blacks were freed, rather it’s the day they were told they were free.

Traditionally, how has Juneteenth been observed within African American communities?

Early Juneteenth celebrations were marred by outward resistance among many southern whites. As Jim Crow laws started to emerge, Black communities were unable to use public venues such as parks for celebrations, thus turning to church grounds and rural areas, often near rivers and creeks for activities such as fishing.

Has the cultural awareness of Juneteenth changed in recent decades?

In the early 20th century, there was a small decline in its celebration in large part due to how formal educational curriculums put emphasis on President Lincoln’s Emancipation Proclamation as the sole act to abolish slavery. Little to no formal acknowledgment of June 19th and its historical significance was taught in schools. Although celebrations did not completely cease, the large-scale celebrations did begin to decline.

Not until the civil rights and Black power movements of the 1960s and early 1970s was there a resurgence of Juneteenth. The Black power movement, in particular, with its emphasis on pride, culture, identity and reclaiming history, helped spark a renewed interest in Juneteenth. Additionally, as Black studies (African American studies) programs have developed on college campuses, accurate Black historical narratives have emerged, also helping to generate more interest in celebrations such as Juneteenth.

How is Juneteenth celebrated today?

With its significant place in the annals of Black history, Charleston is a noteworthy locale for its Juneteenth (and Memorial Day) celebrations. Six years ago, four days before Charleston’s Juneteenth holiday, Dylann Roof took the lives of nine members of Emmanuel A.M.E. Church, home of the freedom fighter Denmark Vesey. The remembrances of those lives lost, the legacy of enslavement, the contributions of all those who fought to improve the lived experiences of Black Charlestonians would embody the 2015 Juneteenth celebration.

Why is it important to continue to recognize and observe the Juneteenth holiday?

American society has a unique, often detached, relationship regarding African American holidays and observances. From Black History Month to Kwanzaa to Juneteenth, some Americans routinely question the “need” for these specialized celebrations. This questioning does not exist when Americans collectively embrace St. Patrick’s Day or Cinco de Mayo. Juneteenth is American history, a history that happens to reflect the cultural and historical existence of African Americans. Outside of the holiday for Martin Luther King Jr., American society has not collectively acknowledge Juneteenth as a critical moment in American history, despite in 2014 President Barack Obama declaring June 19th as a National Day of Observance.

American history continues to present the single-story narrative which often highlights and embraces dominant group culture. It has never recognized, embraced nor honored the histories and culture of racialized minority groups. Consequently, these groups ( African Americans, Native Americans, Hispanics, Asians) have fought for their histories and cultures to be acknowledged and appreciated.