Tall in the Saddle

Haley Cole got her passion for horses from her mom. It was something they shared from the moment her mother first held her up in a saddle as a baby – and is something that connects them still today.

“My mom rode her whole life until she suddenly passed away when I was 8. So, being around horses is really special to me, because I feel like it’s part of her life that I can still share,” says Cole, a member of the equestrian team who still rides in the saddle that – as its golden nameplate attests – belonged to her mother, Dawn Theresa Wigand. “Riding keeps me connected to her – it’s a connection that we had when she was alive and has continued since she passed. I can feel her with me when I’m on a horse.”

But there’s something else she feels while she’s riding, too.

“I can’t even begin to describe it – but that feeling is why I ride,” says the Limerick, Pa., native, who is grateful for the support of her father, Steve, and her twin brother, Richard, throughout her equestrian pursuits over the years. “My family has sacrificed a lot so that I can keep riding. They just really show up for me.”

That support allows Cole to show up for practice – even when it’s at five in the morning.

“You know you love something when you’re willing to get up that early!” she laughs. “But riding really is what gets me out of the bed in the morning – it’s what I look forward to. It’s the only thing that makes me smile every single day.”

Well, that and travel.

“Travel is my second love after riding. That’s why I decided to major in international studies,” says the sophomore. “That is my other passion, my other joy.”

She hopes to travel the globe as much as possible after college before returning to the world she knows best.

“The horse world is where I ultimately want to be,” says Cole, whose goal is to open her own riding facility where she can breed, train, rescue and sell horses – as well as give lessons and provide equine therapy. “I want to do it all – anything and everything connected to horses.”

And, of course, to her mother. 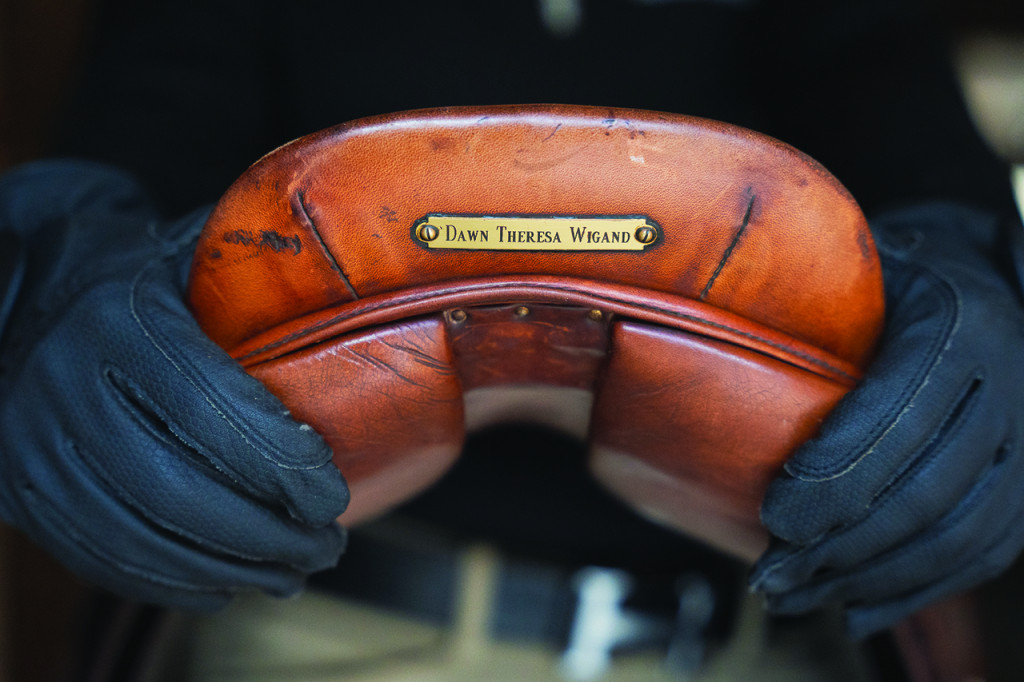