As a university in a town referred to as the Holy City, it’s not surprising that six of the first seven presidents of the College of Charleston were ordained clergy. Although the College claimed to be a secular institution from the time of the second charter in 1791, giving the impression that religion was not an integral part of its fabric in the early days, a student research project tied to the university’s 250th anniversary contradicts that assumption. 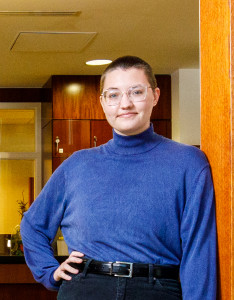 To dig deeper into the presence of religion at the College, Matthew J. Cressler, assistant professor of religious studies, taught Religion in America in the spring 2020 semester. The final project was slated to be an archival examination of the religious history of the College of Charleston, but the COVID-19 pandemic changed the plan from a class-wide project to a two-person investigation led by religious studies research fellows, Honors students Allen Duggar and A.J. Williamson, with funding tied to the School of the Humanities and Social Science’s work to commemorate the 250th anniversary of the College.

“It was a project designed to be our departmental contribution to the commemoration of the 250th anniversary of the College’s founding,” says Cressler. “My hope was that it would awaken for students the inseparability of religion and race in the making of the College.”

Cressler and Mary Jo Fairchild, manager of research services in CofC’s Special Collections, advised the students on how to proceed with their research even as the College’s in-person instruction was suspended. To facilitate socially distanced engagement with archival materials, Fairchild made photographs and scans of selected ledgers, documents and historic pamphlets from archives within Special Collections. She also located digital source materials from other repositories to create a database of primary sources. Instead of examining the brittle pages of a centuries-old ledger in person, the students found new ways to immerse themselves in the research virtually. 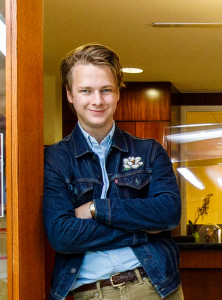 Duggar and Williamson, says Fairchild, “interrogated institutional archives – the minutes of the Board of Trustees, account books, published sermons and essays written by students in the 19th century – to generate scholarship that specifically challenges us to reframe the ways in which we understand the principle of religious freedom when it is accompanied by enslavement of African-descended people and discrimination based on race, faith or gender identity.”

And what the students discovered sheds light on the exclusivity of the College’s religious history. For example, the College expected students from all religious backgrounds, such as those of Catholic or Jewish faith, to assimilate, which meant adopting behaviors such as attending mandatory daily chapel services. If a student failed to show up, the student would be directly admonished by the president. Similarly, until Jewish student Solomon Cohen petitioned the Board of Trustees in 1855 for an exemption, Jewish students at the College had been forced to take required classes on Christianity as a part of the school’s curriculum. And Nathaniel Bowen, the College’s fifth president and bishop of  the Episcopal Church of South Carolina, supported the Christian education of enslaved Africans and people of African descent. 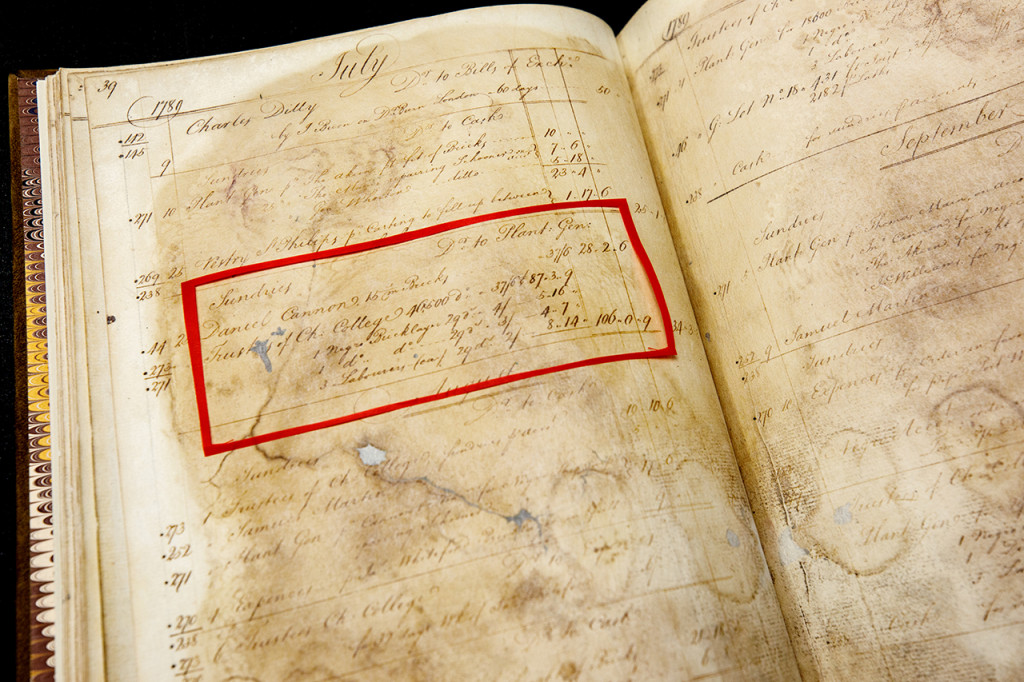 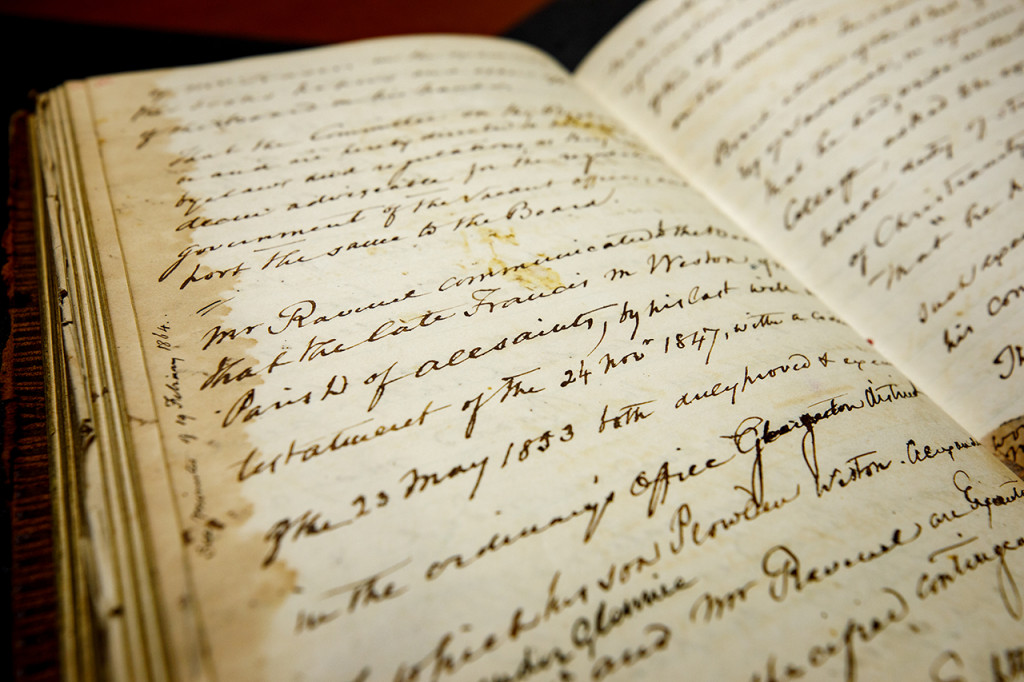 A.J. Williamson and Allen Duggar used digitized versions of ledgers, Board of Trustees minutes and other documents in Special Collections to shape their research. (Photos by Heather Moran)

“If we put a thesis statement on the whole project, it’s that religion, economics, politics, labor and academia are all intertwined and re-synthesize themselves in interesting ways throughout history, but those forces are still acting upon each other, influencing each other and will continue to do so into the future,” says Duggar, a sophomore majoring in religious studies.

These revelations and the historical context they provided surprised the students, who became motivated to share their findings on a larger scale and dig deeper into religion at CofC.

“The research we began over the summer was coming together in much bigger ways than we had originally anticipated,” says Williamson, a junior majoring in religious studies. “It felt necessary for us to continue expanding on what we started so that we could produce something to show the public what our religious history really looks like at the College.”

Williamson and Duggar, who produced a video summarizing their summer research, have created a website, which will be a permanent digital home for their findings. In the spring they plan to turn their attention to researching the history of the study of religion itself at the College.

“The influence of religion is obvious when we look back at our history, but religion is still acting on the forces that are alive today at the College,” says Duggar.