Above: Alumna Taylor Holloway is among the violin students at CofC who have received the Mary Stewart Allan Award for Violin.

Mary Stewart Allan ’28 was among the first women admitted to the College of Charleston. A Classics major, Allan studied the violin for years, as music was her true love. Upon graduation, she auditioned for a spot in the Curtis Conservatory of Music in Philadelphia, only to be told she had “more enthusiasm than talent.”

She then returned to the classroom, receiving a master’s degree in social work from the University of Chicago. Her love of music never waned, though, and she continued to perform with the Charleston Symphony, practicing in the attic of her home on South Battery Street in downtown Charleston. To honor her love of music, her family established the Mary Stewart Allan Award for Violin in 2000. 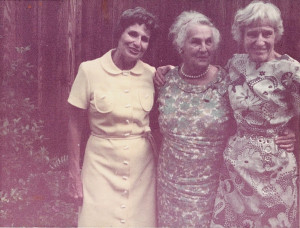 “My parents focused on the violin when they established the award, as it was ever-present in Mary’s life,” says Stephen Hanson, whose mother, Eleanor Hanson, was Allan’s sister. “They saw the ability to make music as a high calling. They also appreciated the comradery amongst musicians and the opening of new worlds, places and experiences that music could provide.”

“Over the years, several of my violin students have been honored to receive the Mary Stewart Allan Award,” says Lee-Chin Siow, associate professor of violin at the College. “The award has been so impactful in launching their careers, boosting their confidence and inspiring them to do good for their community. I am so thankful and hope that future students can benefit from Ms. Allan’s legacy.”

“Where I’m from, there are limited opportunities for individuals with a passion for the violin,” Holloway explains. “After coming to the College with my love for music, not only was my passion emphasized, it was also rewarded. With the award, I continued my endeavors with my studies and focused more on playing music with less stress and worry.”

“The Mary Stewart Allan Award is a recognition of my efforts,” says Liu, who won the Music Teachers National Association (MTNA) Young Artist Performance Competition in 2020. “It encouraged me to keep working hard and to participate in many other competitions. This award also helped me financially. As an international student, there are a lot of expenses. The currency rate is very high; therefore, my parents have to work very hard in China in order to pay my tuition and living expenses. This award greatly relieved my parents’ burden. I am so grateful to have had so much support from my college, and I will be working even harder to study and share my music with others.”

In other words, the Mary Stewart Allan Award for Violin allows students like Holloway and Liu to pursue their passion for violin, just like Allan did.