The College of Charleston Alumni Association will honor six distinguished alumni at the Alumni Awards Gala on Saturday, Nov. 20, 2021, as part of the College’s 2021 Fall Alumni Weekend.

The awards recognize alumni who have made an impact on their respective professions or communities. These honored alumni are elite ambassadors-by-example for the College of Charleston; they demonstrate the great heights that can be reached with a CofC education.

“I am very excited about our honorees for the Alumni Awards this year. As always, these are the best and the brightest among us, and this year is no exception,” says College of Charleston Alumni Association President Derrick Williams ’99. “I am especially excited to welcome everyone back in person (COVID protocols in place), for what should be an exciting weekend of friendship, fellowship, and honoring very deserving individuals.”

Fall Alumni Weekend events will adhere to the College’s prevailing COVID-19 policies at all campus events, including attendee limits for indoor events, mask wearing and social distancing. All guests for the Alumni Awards Gala must be 21 or older and provide valid, government-issued, photo identification upon entry, along with proof of full COVID-19 vaccination (paper vaccination card, a printed photocopy of the card or a photo of the card on a handheld mobile device). The vaccination card must show 14 days have passed since the final dose of vaccine. Visit the Fall Alumni Weekend website to review all COVID-19 protocols for the Alumni Awards Gala.

The 2021 Alumni Award recipients are: 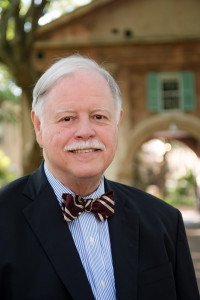 A ninth-generation Charlestonian, Daniel Ravenel graduated from the College in 1972, with a degree in history. He joined Pi Kappa Phi fraternity, was president of the student body, and participated in and managed men’s athletics teams as a student. Since his graduation, he has served the College on countless boards and advisory panels, including the Board of Trustees.

He founded Daniel Ravenel Real Estate Company in 1983, which has managed nearly $2.5 billion in real estate sales since that time. In 2007, the firm became Daniel Ravenel Sotheby’s International Realty. He considers the education he received and the network of friends he built at the College to be integral to his success. Ravenel and his wife reside in Charleston and have two daughters and a son. 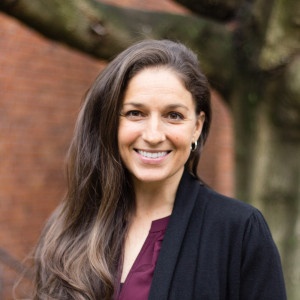 Melissa Siegel grew up in a variety of cities across the U.S. before moving to the South Carolina Upstate. She graduated from the College of Charleston and the Honors College in 2003 with a degree in economics and a minor in business. She completed a master’s in law and economics (2004) and a master’s in policy and organization (2005) at Utrecht University in the Netherlands where she had been a foreign exchange student while at the College. She completed her Ph.D. in public policy at Maastricht University in the Netherlands in 2010.

Siegel is currently a professor of migration studies and head of migration studies at Maastricht University and the United Nations University, and lives in Maastricht, Limburg, Netherlands. She is co-director of the Maastricht Center for Citizenship, Migration and Development. She holds the chair of the United Nations University Migration Network and is a research associate at the Center on Migration, Policy and Society at the University of Oxford. She is also on the advisory board of the Migration Policy Center, European University Institute in Florence, Italy, and the Institute for Social Studies in the Hague. Siegel has done visiting research fellowships at Harvard University, the Kiel Institute for the World Economy and the University of Oxford. She has advised and worked on projects for several governments and international organizations in migration-related training and capacity building. She teaches at the bachelors, masters and doctoral level, including a summer Honors College course at the College from 2014-2016. She is an avid traveler, having visited over 70 countries. 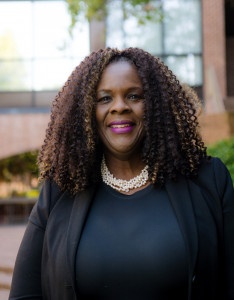 A native of St. Helena Island, South Carolina, Margaret Mungin Patterson majored in elementary education at the College of Charleston and was a student worker in the Robert Scott Small Library. She was actively involved on campus, joining Delta Sigma Theta Sorority, Inc. An interest in educating others about public health led to a career with the South Carolina Department of Health and Environmental Control (DHEC) and the Centers for Disease Control and Prevention (CDC) based in Atlanta. She earned a master’s degree in public health in 2017.

During her career, Patterson has received national recognition, including the Secretary’s Award of Distinguished Service for extraordinary efforts on behalf of the American people in response to the public health emergencies after September 11, 2001. She also received an Honor Award Certificate from the National Center for Infectious Disease.

Today, Patterson is a supervisor for the CDC’s Public Health Associate Program and a senior public health advisor. This year, she received a Certificate of Appreciation from the CDC for her work in supporting the COVID-19 response as regional operations for the State Coordination Task Force.

Patterson lives in Atlanta with her husband and their three children. 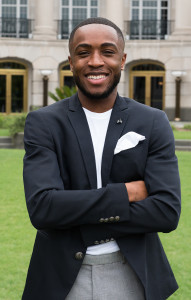 Born in Bronx, New York, Adeyemi “Yemi” Oduwole was raised in a Nigerian-American family who emphasized the importance of academics. After high school, he came to the College of Charleston and majored in biology. As an undergraduate, he collaborated with NASA during the solar eclipse in 2017, and was named a National Geographic Explorer by the National Geographic Society in 2018 to conduct research which analyzed the DNA of ancient African slaves found in Charleston and its relationship to African Americans living in Charleston today.

Growing up, he frequently traveled to Nigeria with his family where he was exposed to the socioeconomic determinants of health. Understanding the disparities in healthcare gave him a passion for global health and biomedical research. As a student at CofC, he co-founded United African Students, was an Office of Admissions Student Ambassador and served as the public relations chair of the South Carolina Alliance for Minority Participation. In 2019, he received the ExCEL Award for the School of Sciences and Mathematics Outstanding Student of the Year.

He continued his education at Icahn School of Medicine at Mount Sinai in New York City where he earned a Master of Public Health in 2021. Additionally, he worked with the NYC Department of Health and ContraCOVID NYC to ensure New Yorkers received access to resources during the pandemic. Presently, he is a post-baccalaureate student at Temple University in Philadelphia preparing for medical school. 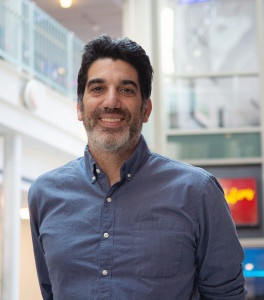 After growing up in Atlanta, Michael Shemtov graduated from the College of Charleston and the Honors College in 2000 with a degree in business administration. At the age of 22, he went into restaurant ownership with the opening of Mellow Mushroom Pizza Bakers in downtown Charleston. He later opened three more Mellow Mushroom locations in the Charleston area and served for two years as the marketing director for the parent company of Mellow Mushroom.

As a Charleston-based restauranteur with a strong passion for entrepreneurship, Shemtov opened Butcher & Bee Charleston in 2011 with the simple mission of serving honest-to-goodness sandwiches made with flavors and quality usually reserved for fine dining. The Butcher & Bee group now includes multiple concepts in Charleston, Nashville and Atlanta. Workshop, which closed in 2021, was a Charleston-based culinary incubator Shemtov created and graduated 10 culinary entrepreneurs into stand-alone brick and mortar locations between 2017 and 2021.

Beyond the restaurant business, Shemtov is passionate about community, politics and policy. He is a regular volunteer for political campaigns and a graduate of the James E. Clyburn Political Fellowship Program. He helped found and is board chair for Pay it Forward Charleston, a nonprofit serving the city’s food and beverage community with emergency grants and is a founding member of the Independent Restaurant Coalition. He resides in Charleston with his wife and their two children. 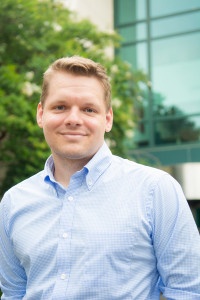 Growing up in Charlotte, North Carolina, Aaron Blackshaw was introduced to medicine while working as a patient transporter at a local hospital during summer break from the College. He found he loved the interaction with patients and the idea of combining science, a lifetime of learning and working with a team of people. He declared biology as his major and decided to become a doctor.

He graduated from the College of Charleston and the Honors College in 2012 and received his M.D. from the Medical University of South Carolina in 2016. He continued his training at the University of Virginia Medical Center where he was chosen to be chief resident and received the Resident Teaching Award and the Admitting Resident of the Year. He is now board certified in emergency medicine.

In his short career, he has been at the frontline of the tragedy at Mother Emanuel, the deadly white supremacist rally in Charlottesville, Virginia, and the worst global pandemic in over 100 years. These experiences have molded him quickly into a confident, competent and caring physician.

Rachel Greene Phillips is a senior Honors College student double-majoring in English and marketing, with a minor in studio art.