Above: Thomas and Wanda Martin

The Plank Center for Leadership in Public Relations recently announced the 2021 Milestones in Mentoring Gala award recipients, including the College of Charleston Department of Communication Executive-in-Residence Thomas R. Martin. During the gala on Nov. 11, 2021, Martin will be presented the prestigious Legacy Award and join the ranks of public relations professionals he himself has looked up to. 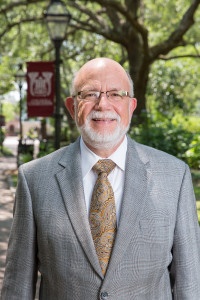 Tom Martin, executive-in-residence in the College of Charleston Department of Communication (Photos by Mike Ledford)

He celebrated this momentous career achievement on LinkedIn, reflecting, “Joining an auspicious group of past recipients that includes many of my heroes: Bill Nielsen, Harold Burson, Steve Harris, Ginger Hardage, Bob Feldman, Ann Barkelew and Rich Jernstedt. Thank you to the Plank Center.”

The annual gala honors public relations professionals who are dedicated to thoughtful mentorship, ethical leadership and the advancement of diversity, equity and inclusion within the industry. The Legacy Award recipients, in particular, are described by the Plank Center as individuals who have touched the lives of countless public relations professionals over the course of their distinguished and exceptional careers.

Martin joined the Department of Communication as its first executive-in-residence (EIR) in 2007 after retiring from a lengthy and distinguished career in corporate communications and public relations, most recently with ITT Corporation, where he served as senior vice president and director of corporate relations from 1996 to 2007. Prior, he served as vice president for corporate communications for what is now known as FedEx, thanks in part to his direct work launching the brand in 1994.

As EIR for 14 years now, Martin continues to teach undergraduate classes, organize site visits and networking events and mentor students, establishing relationships between the department, communication students and the business community. He is also a member of the department’s National Advisory Council and directs the Martin Scholars program – which he and his wife, Wanda, first envisioned in 2015 as an avenue for senior communication majors to experience a practical deep dive into the vast communications field and which was launched in 2016 as a collective investment between the Martins, the communication department’s faculty and National Advisory Council and the College of Charleston. Entering its sixth year, the program has produced a robust number of 55 alumni and welcomed 15 more students this semester.

At the upcoming gala, Martin will be introduced for the Legacy Award by his former Big Brothers mentee, Robert Wilson, with whom he was originally matched in 1983. Martin is still very close with Wilson, who is now a successful attorney at St. Jude Children’s Research Hospital in Memphis.

Find out more about Martin and his career on the Plank Center website.