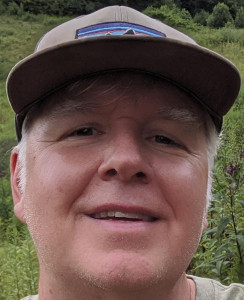 The College of Charleston alumnus is a professor, historical journalist and a Charleston tour guide. He is the author of the best-selling books Haunted Charleston and Haunted Harbor and has spent many years researching and telling Lowcountry ghost stories.

Macy became interested in researching ghost stories after taking a class with English professor Norm Olsen. Olsen was doing research of Charleston ghosts before he passed away in 1996.  Macy says the work fascinated him and he decided to do his own exploration into stories of the paranormal.

Despite the many hours he’s spent learning about area phantoms, including the ghosts of orphan children who sometimes make their presence known at Berry Residence Hall, Macy has yet to have a close encounter with one.

“I don’t believe I ever will see a ghost because I’d really like to see a ghost,” jokes Macy, who earned both undergraduate and graduate degrees in English from the College.