Alumni Travel to All 50 States in Record Time

It’s hard to travel to all 50 states in under six days without speeding.

It’s a whole lot easier, though, when you have the help of scientific data and a really good team.

So, when Thomas Cannon ’15 (M.S. ’20) set about breaking the world record last spring, he knew exactly where to start.

“Picking a good team is the most important thing,” says Cannon, who first pitched his idea of driving across the country in a van to his longtime surfing buddy, travel photographer Justin Morris ’08.

“In theory, it sounds really terrible,” laughs Morris. “But, as a photographer and a surfer, you can’t pass up a trip like this.”

Especially since the trip began with a few days of surfing in Hawaii before starting the timer as the wheels went up on their flight to Alaska at 8:33 p.m. on April 20.

From there, they flew to Seattle, where they met Cannon’s father-in-law, Bill McSteen, and McSteen’s former endurance racing buddy, Jim Froelich, who took shifts driving on the road portion of their trip.

The route across the continental U.S. was determined by an algorithm that Cannon – a data analyst at eSite Analytics, which sponsored the project – built based largely on research that he’d done for Amy Langeville’s Operations Research class at the College of Charleston. 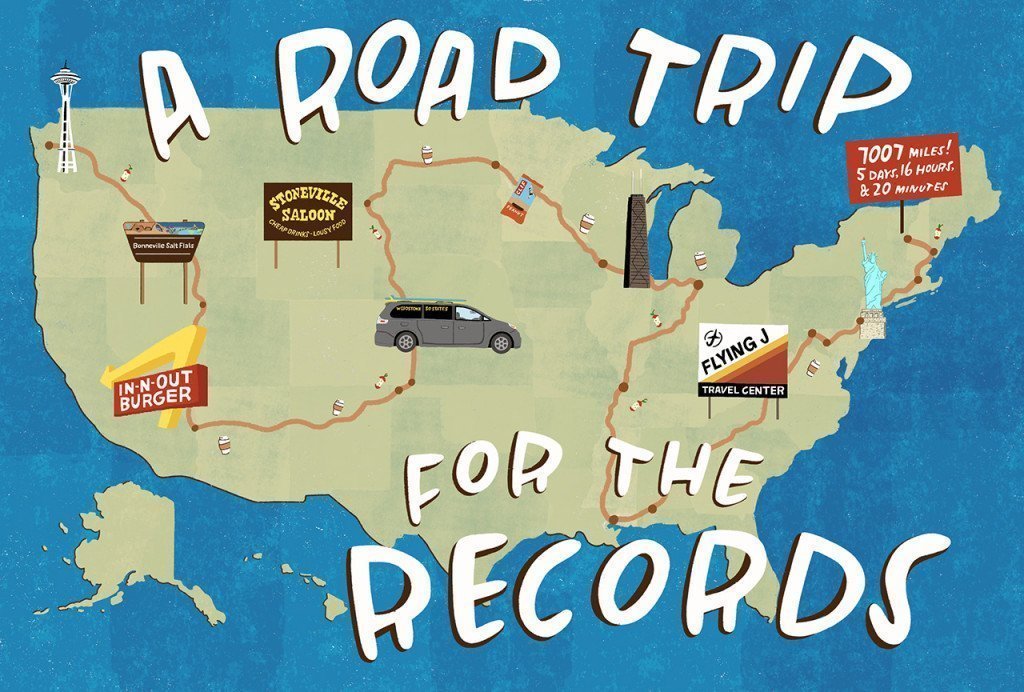 Fueled by apples, coffee and Clif Bars, and an occasional In-N-Out Burger, the team drove past road signs and icons of America’s cities – stopping only for gas and bathroom breaks. Illustration by Emily Wallace.

“My research project was on something called the ‘ant colony algorithm,’ which basically looks at how ants behave in an ant colony – how they find these super-efficient routes to food – and determines how we can model that behavior to find good paths for other applications,” says the astrophysics major who was in the first graduating class of the College’s M.S. in Data Science and Analytics program. “I thought, What if you had a bit of food in each state – how would the ants get to each piece? What would be the fastest way? And so I took the code for that project and ripped it apart and applied it to this algorithm for the fastest route across the country.”

One way it did this was by taking advantage of shared state borders where they could knock out several states at one time.

“One thing about the algorithm: It takes you places you may not go – little towns in the far reaches of a state where you’d have no reason to go through in normal circumstances,” says Morris, who double-majored in business administration and hospitality and tourism management. “You see different places and how dynamic our country is – not just the landscape, but the way of life, the people, the culture. We really got to see a cross-section of America, really quickly. 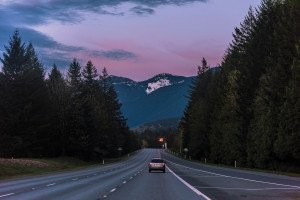 Outside of Seattle. Photo by Justin Morris.

“When you see the people in rural areas and the people in big cities and the farmland and the desert all in such a short period of time, you start to realize why we are all so different when it comes to our belief systems,” Morris continues. “When you see how different life is from place to place, it gives you a sense of empathy for people and lifestyles that maybe you’ve never understood. You realize it’s a very, very diverse country.”

Even so, there were plenty of long and monotonous stretches, too.

“From the East Coast to Mississippi, everything looks pretty much the same,” says Cannon. “And then there’s that stereotypical stretch of road on flat land in the Midwest – it really does go on and on.”

On the other hand, Cannon and Morris agree, the terrain going from Seattle and through the Southwest and the Dakotas was breathtaking – and the sunset in northern Arizona was the most magical scene from the road.

“It really was a visually romantic way of going through the country,” says Morris, adding that, “from an artistic point of view, it was a really cool challenge because I was shooting everything from a moving van.”

In fact, other than truck stops and state lines (where they took pictures for their Twitter followers), the only stops they made were dropping McSteen off at the Minneapolis airport and a little break at the Bonneville Salt Flats.

“My biggest surprise was how quickly it went,” says Morris. “You’d think spending all day and night in the car for five days would drag on and on, but it really flew by.” 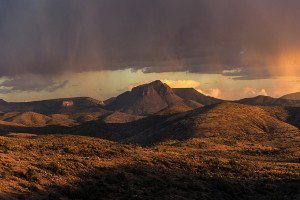 And, before they knew it – at 6:53 p.m. on April 26 – they were driving over the final state crossing in River Junction, Vermont, clocking two flights and 7,007 miles of driving in five days, 16 hours and 20 minutes.

Beating the record by one day, one hour and 11 minutes, the trip was fast enough for Fast to Fifty – who contacted them after seeing the video that Cannon published afterward – to officially recognize it as a world record. And now Cannon is ready to break his next record – perhaps this time surfing in all 50 states.

“With river surfing and wave pools and everything, you can surf wherever,” he says. “So I started thinking, What if you could set the record for fastest 50-state surfing trip?”

Totally doable – although it might take a little longer than five days going the speed limit!

Check out more of Justin Morris’ photos on his website, Follyhood.com.