No matter where you are in your career – whether you’re just starting out or you’re moving into a leadership role – having a vision for where you want to go and how you want to get there is essential.

Which is why helping students identify and pursue career-oriented goals is at the heart of management and marketing professor Angela Passarelli’s work. And, as the new director of research for the Institute of Coaching at McLean Hospital/Harvard Medical School, she hopes to elevate that work around the world and at CofC.

The profession of coaching involves a number of areas such as leadership and executive coaching, health and wellness coaching, and life coaching. The Institute of Coaching connects coaching practitioners to coaching science and provides information on the best ways to catalyze change for individuals and groups. 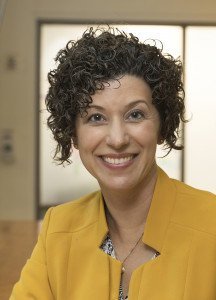 Passarelli first became involved with the institute when she received a grant from the organization while pursuing her Ph.D. in organizational behavior. She later served on the institute’s scientific advisory council. When the position to serve as director of research opened, Passarelli jumped at the chance. In her new role, she will help relaunch the organization’s grant program and hopes to stimulate new scholarship within the field.

And Passarelli’s role will undoubtedly bolster her work in coaching at the College, too. In 2018, she implemented the MBA leadership coaching program to help enhance leadership development opportunities for MBA students, which graduates say has been invaluable.

“I was at a crossroads as to whether I wanted to focus my job search toward bigger or smaller corporations, and my coach aided me in finding what was best for me at the start of my career,” says Billy Calvert ’19 (MBA ’20), who now works for InvestCloud.

That’s why Passarelli hopes to leverage her connections with the institute to grow the use of coaching pedagogies in CofC classrooms.

“I think the College could be a place that’s known for advancing work in this area, a place where other faculty come to see what we’re doing because we do it so well,” says Passarelli.

That’s definitely a vision worth pursuing.

Tips for Crafting a Rewarding Career