Drunk driving fatalities have improved dramatically since the 1980s thanks to harsher penalties, safer cars and greater awareness of the consequences and dangers of driving under the influence (DUI). But alcohol-impaired driving remains a serious problem, particularly in South Carolina, one of the worst states in the nation – and in Charleston, one of the worst cities in the state.

To help combat the problem, Charleston police Chief Luther Reynolds made a plea last spring to the Lowcountry Hospitality Association: Help us get bars and restaurants to stop overserving patrons who are driving. CofC professor of hospitality and tourism management Steve Litvin wondered if private parties were just as guilty as the local watering holes, and offered to conduct a study.

The chief readily agreed to the offer, saying, “This is research that could save lives.”

Litvin recruited two student researchers, Jillian Wilkie and Crystal Lindner, who were given access to DUI arrest and adjudication records from the 14 months prior to the pandemic and were able to analyze a total of 370 reports – not all the DUI arrests during that period, but enough to draw some interesting conclusions. And have a few laughs.

“Some of the responses to police questions are hilarious,” says Wilkie, a senior majoring in hospitality and tourism management. “I mean, it’s a terrible situation, but people say crazy things under the influence.” 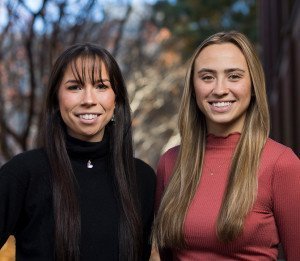 Wilkie and Lindner, whom the School of Business’ Office of Tourism Analysis paid for their work, plotted a giant Excel spreadsheet with all kinds of information from the reports – from what prompted the arrest to the charges filed. They even did some digging of their own and were able to determine where 157 of the suspects were employed. Disturbingly, a third of them worked in the hospitality industry.

“I had no background in traffic-related matters, so I welcomed it,” he says. “I always knew that DUI was something that was challenging for the state and the city, so it didn’t really offer anything that was super surprising, but it definitely corroborated some of the suspicion that we had – that a lot of our intoxicated, impaired drivers are coming from commercial establishments.”

Sixty-two percent, in fact. But that number didn’t answer the question that had initiated the research, because only about half of the arrest records specified the bar or restaurant the suspect was coming from. The lack of information surprised Wilkie and Lindner.

“The officers seemed more interested in describing their interaction with the person than gathering facts about where they had been drinking or where they were going,” says Wilkie. “A lot of officers didn’t ask those questions.” Adds Lindner, a senior majoring in business administration whose father, Lee, teaches astronomy at the College: “The police seem more interested in making a case that they were in the right pulling the person over than they were in the underlying facts that led to it.”

Of course, uncooperative drivers are to blame for much of the missing information, too.

“I’m confident that question [of where the driver was] is almost always asked,” says Krasowski. “I will emphasize the importance of trying to establish that moving forward, but it all hinges on drivers’ willingness to cooperate to some level, which adds to the complexity of developing the cases.”

More data would allow Krasowski to better deploy his limited resources, as would stronger DUI laws. Surprisingly, police in South Carolina aren’t allowed to carry mobile breathalyzers with them. They must make an arrest and take suspects to the station or jail to conduct a test – but, even then, suspects aren’t required to take a Breathalyzer or even do a sobriety test.

“The state law contains a lot of technicalities that make it much easier for motorists to get off compared to other states,” says Krasowski. “Our chief firmly believes that we need to continue to push for stronger laws.”

It’s certainly a problem that deserves more attention. Which is why Litvin made it the subject of a project for his hospitality marketing class this past fall. Every semester, Litvin poses a tourism marketing problem of some kind and has the class break off into teams to find a solution. At the end of the semester, the teams present their solutions and compete for a prize (see sidebar).

This year the winning team’s prize is a weekend night’s ride-along with police, where they just might get to witness a DUI stop. Wouldn’t that be fitting?

Some of the winning team’s recommendations include: