The Late Lucille Whipper Was a Model Citizen

Not many people can be connected to one institution for nine decades, but Lucille Whipper’s dedication to her alma mater, the Avery Normal Institute, was unparalleled.

Whipper, who died last August at the age of 93, attended Avery Normal Institute in the 1930s and 1940s, soaking in knowledge from premier educators who advocated for civil rights and a just society. Her time at the Avery Normal Institute – a segregated school established just after the Civil War that served Black students from 1865 until 1954 – set the stage for Whipper to become a lifelong trailblazer, starting with the unsuccessful attempt she and her fellow Avery classmates made to integrate the College of Charleston in 1944, despite knowing they would likely be denied because of their color.

Before she became the College of Charleston’s first Black administrator in 1972, when she joined the university to direct its Head Start program and develop diversity programs, Whipper earned degrees in economics and sociology at Talladega College in Alabama and served as a teacher, a guidance counselor and a public school administrator for several Charleston County schools. She was also active in the civil rights movement in Charleston and worked toward greater political empowerment for people of color.

In 1985, Whipper became the first African American woman to represent Charleston County at the South Carolina Statehouse. While in office between 1986 and 1996, she was a fierce advocate for women and minorities. 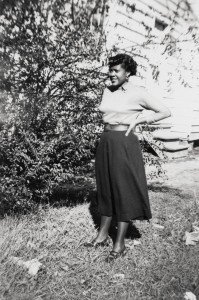 “Lucille Simmons Whipper was someone who seemed to have lived many lifetimes in the span of just one,” says College of Charleston President Andrew T. Hsu. “She was a model for community activism, a model for compassion and a model for turning plans into action.”

But even with all her accomplishments, the Avery Normal Institute was never far from her mind. So, when a former archivist with the City of Charleston urged Whipper to help save the school’s original Bull Street building from becoming condominiums in the late 1970s, she didn’t hesitate. She quickly began working to preserve the history of her high school through the creation of the Avery Institute of Afro-American History and Culture.

And, in 1985, the institute partnered with the College to develop a research center at the former school, reopening the 1860s-era Italianate-style red brick building as the Avery Research Center for African American History and Culture in 1990. Since then, the Avery Research Center has established itself as a key archival repository and museum for preserving and reflecting Black life in the Lowcountry and beyond.

The significance of the Avery was made powerfully clear to Aaisha Haykal, manager of archival services for the Avery Research Center, when she first met Whipper in 2011.

“Meeting with her helped me gain more realization about the Avery Research Center’s importance not just for the scholars and patrons who come from afar to do research, but also for the local people of Charleston and the South Carolina Lowcountry,” says Haykal. “The Avery Research Center is not just a collection of images and documents; it is also a space about the people, a definitive statement that says, ‘We were there. We did the work. We will continue to do the work. We are not going anywhere.’”