Students in the College of Charleston’s Department of Theatre and Dance recently brought home several awards from the Kennedy Center American College Theatre Festival (KCACTF) Region IV, with one theatre major heading to the national competition next month.

The following CofC students were recognized for excellence at the festival: 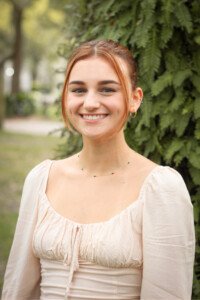 Julia Mimó, a theatre major with a concentration in scenic design and technology, will advance as a finalist to the national competition on April 11, 2022, when the Kennedy Center will welcome about 125 theater students from across the country to the national festival.

“It was a great opportunity to compete with this design and to see other college set designers’ works,” says Mimó, who is the College’s third scenic design national finalist in the last five years. “I was incredibly excited to learn that the judges had chosen me to compete for our region at the national level! I was already proud of myself for the months of hard work I put into this project doing research, sketches, models, renderings and drafting. Receiving this recognition was such an exciting added honor.” 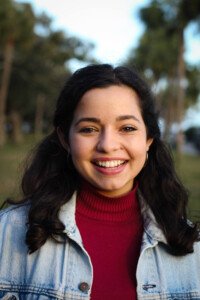 Mary Hope Ballou, scenic designer for the production of Living Dead in Denmark, was a first-time presenter at the festival.

“I am so thankful for not only being nominated to present at the region four festival but to have earned the Jane Childs legacy award for scenic design,” says Ballou, a theatre major with a concentration in scenic design and technology. “It was a fantastic experience to be able to show my designs to working professionals and to get feedback that I can apply to future projects.” 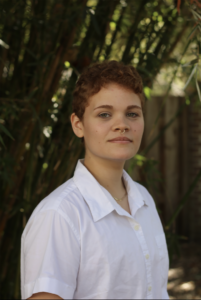 Gabriel Van Horn, a senior performance major, was nominated for playing the role of Carrie in the College’s production of A Sudden Spontaneous Event. The play was staged in honor of its playwright, David Lee Nelson ’00, a beloved theatre alumnus who passed away from colon cancer in 2020.

“It feels like I’ve been recognized for telling the kind of stories that fascinate and are deeply personal to me,” says Van Horn. “It’s also a huge confidence boost as a performer because when I got the notification from KCACTF that I received an award, I thought, yes, I am capable of making my art into my livelihood.”

The KCACTF is a national theater program involving 18,000 students annually from colleges and universities across the country. The program has created a foundation that honors excellence through awards and scholarships in arts leadership, design, technology and management, directing, dramaturgy, performance playwright, and theater journalism and advocacy.