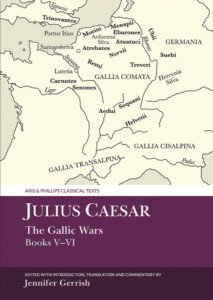 Jennifer Gerrish, associate professor of Classics – Julius Caesar: The Gallic Wars, Books V–VI (Liverpool University Press) narrates Caesar’s campaigns in Britain, Gaul and Germany in 54 and 53 BCE. In Books V–VI Caesar masterfully compensates for the lackluster British campaign with a dramatic account of his forceful suppression of Ambiorix’s revolt and new incursions into Germany; the narrative is further enlivened with speeches and digressions on the Britons, Germans and the wonders of the Hercynian Forest. This English translation faithfully represents the clarity and precision of Caesar’s Latin while also conveying the drama of Caesar’s narrative in a voice that modern readers will find lively and accessible. 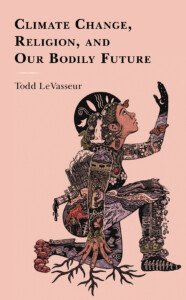 Todd LeVasseur ’97, senior instructor of environmental and sustainability studies – Climate Change, Religion, and Our Bodily Future (Rowman & Littlefield) explores how global warming caused by humans will impact the bodily practice and performance of religious rituals and shape religious identities in the decades to come. The book theoretically analyzes and critiques the absence of theorizing about climate change in religious studies, and then generates case study examples of how scholars may better engage bodily practices that are religious within climate change impacts in ecosystems the world over, while advocating for a move beyond conceiving of humans as separate and distinct from the rest of life. 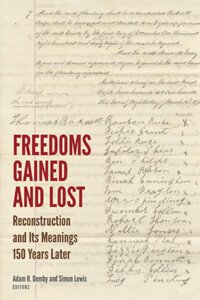 Simon Lewis (co-editor), professor of English – Freedoms Lost and Gained: Reconstruction and Its Meanings 150 Years Later (Fordham University Press) includes 13 essays that address the struggles to make good on President Abraham Lincoln’s promise of a “new birth of freedom” in the years following the Civil War, as well as the counter-efforts to undermine those struggles. The forms these struggles took varied enormously, extended geographically beyond the former Confederacy, influenced political and racial thought internationally and remain open to contestation even today. The essays collected here draw attention to some of the vital achievements of the Reconstruction period while reminding readers that freedoms can be won, but they can also be lost. 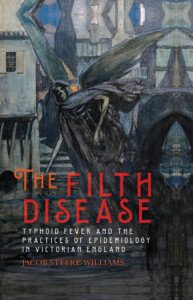 Jacob Steere-Williams, associate professor of history – The Filth Disease: Typhoid Fever and the Practices of Epidemiology in Victorian England (Boydell & Brewer) shows how the investigation of outbreaks of typhoid fever in Victorian Britain led to the emergence of the modern discipline of epidemiology as the leading science of public health. British epidemiologists uncovered how typhoid spread by food and water supplies, disrupting the long-standing idea that typhoid was spread via filth. Victorian public health reformers framed typhoid as the most pressing public health problem in order to persuade local officials to implement sanitary infrastructure to prevent the spread of disease. Typhoid was as much a social and political problem as it was a scientific one, and The Filth Disease provides a salient reminder of the cultural context in which infectious diseases strike populations and how scientists study them.