What would Socrates think about Twitter and TikTok? Would he be disappointed that the 3,000-year-old Socratic Method of debate has been replaced with 280 characters and 35 second videos? If so, the philosopher’s sinking disappointment would be buoyed by College of Charleston students Lauren Graves, Gavin Markovic, Taralyn Goodson, Miles Freeman, Jessica Davis, Tyra Culpepper and Taylor Mills — Socratic scholars who spent the last two years leading discussions on tricky topics of philosophical relevance.

The Socratic Scholars program was sponsored by a multi-year grant out of Notre Dame University from the Andrew W. Mellon Foundation and advised by Jennifer Baker, CofC professor of philosophy, who trained in peer-based discussions at Notre Dame and through Everyday Democracy in Charleston.

“We found the experience as meaningful as it had been promised to be, as it was a chance for students to lead and to think very deeply along with others,” says Baker. “It’s wonderful when students learn actively in class, and when you teach philosophy, students are thinking hard about what they can accept about a view, but it’s something else for students to run a discussion outside of class.”

The students chose provocative and difficult topics that ranged from vaccine ethics to retributivism in the criminal justice system. They then ran their own discussions, using one of three techniques they learned for moderating a philosophical conversation.

“The scholars innovated in various ways to run the discussions during the pandemic, and we ended with two community discussions that were pretty amazing,” explains Baker. “They engaged other students outside of class or community members they might not otherwise hear from in philosophical discussions. It was really rewarding to see them learn from others, listen to others, chew over things together and basically be philosophical about topics that are sometimes very easy to just avoid.”

Graves used Jean-Paul Sartre’s writing on “bad faith” as the subject for one of her discussions and included counter-proposals from thinkers like Sigmund Freud to expand the conversation.

She wanted to ensure that everyone’s voice was heard and structured discussions by asking questions and calling on participants to respond. When there was a lull in the conversation, Graves provided additional information to spark new ideas.

“Hosting the discussions made me realize how far I’ve come, because it was intimidating, but when I prepared all my materials, it gave me more confidence for public speaking,” says Graves, who is majoring in communication. “It gave me an excuse to talk about things that I’m really interested in and the opportunity to initiate topics that don’t come up organically in conversations.”

Markovic chose to lead a discussion on the philosophy of law. 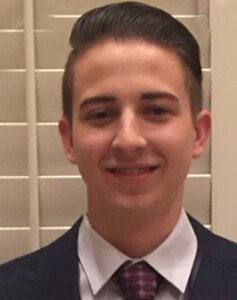 “For the first workshop that I created, I searched through several philosophy of law articles comparing the pros and cons of retributivism and rehabilitation,” says the philosophy major. “The hardest part of this process was finding an article that a layperson would have an easy time comprehending in order to have a conversation about the content afterwards. My primary goal was to get non-philosophical people interested in philosophical topics. My intent was to get them to understand how important philosophy can be when analyzing the issues our country is faced with.”

All eight students say they were empowered by the process.

“It reminded me that there are always parts of the people that you love and are close to that you never see,” says Graves. “I was hearing opinions from people that I’d never heard before. I was reminded of the importance of unique conversations and asking questions, even of people you know well.”

Aristotle argued that we should partake in “a community of speeches and thought – for this is what living together would seem to mean in the case of human beings, and not as with cattle, merely feeding in the same place.” These Socratic scholars succeeded in that lofty goal.