Professor Rewrites History of Early Modern Philosophy to Include Women

When Deborah Boyle first focused in on early modern philosophy as her area of academic interest, she never expected she’d be changing the way the history of philosophy is told – much less doing anything cutting edge. After all, it’s hard to be a pioneer in a subject that’s been studied closely and written about extensively for nearly 400 years.

But when she learned about Margaret Cavendish – a poet, playwright, science fiction writer and, ultimately, philosopher in the 1660s – she knew she’d found something new, something exciting and important. 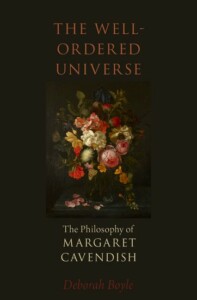 “At the time, the only woman in the history of philosophy that I’d even heard of was Princess Elizabeth of Bohemia – and that was because of her correspondence with René Descartes,” says the philosophy professor, who started digging into Cavendish’s writing – including her novel, Blazing World, which is among the first works of science fiction ever – to understand the philosophy she was presenting. “She found such imaginative ways to do philosophy, and I was hooked. I had to know more. It was fascinating – especially because there was so little research on her philosophy out there. Philosophers had done almost no scholarly work on Cavendish or other women philosophers from the 17th and 18th centuries. That was something else that was exciting to me.”

Of course, it was also something that would be challenging for her, too.

“It’s hard getting into something that hasn’t been written about before, but the more I found out, the more fascinated I became,” she says. “I found that by looking at different contexts you get a much broader, more comprehensive and accurate view of the history of philosophy. There were women philosophers with really interesting views throughout the history of philosophy, and they should have been studied all along. I’m interested in how the history of early modern philosophy got written the way it did – leaving out all but six guys and Kant. The answer is sexism, plain and simple. Philosophy has had a problem with sexism throughout history – and I wanted to combat sexism in philosophy and correct the historical picture.”

And so, Boyle began to rewrite history. Quite literally.

“Having women represented more in our history of philosophy and having books by them and about them for people to access easily is something I feel strongly about – so editing some of the first modern editions by the women philosophers in the history of philosophy is something I’m really proud of,” says Boyle, who is now the series editor for Hackett Publishing’s new book series on women in early modern and modern philosophy. “When Hackett published my book of Cavendish’s Philosophical Letters, it was the first modern edition of that book since its original publication in 1664. Having these editions will really bring these philosophers to people’s attention. My priority is always getting the word out that women have been doing philosophy and continue to do philosophy – and it’s out there now.”

“When I first got started looking into women philosophers 20 years ago, I was among the first, very small, wave of philosophers doing this kind of philosophy,” says Boyle, who received the College’s Distinguished Research Award earlier this year. “Now there are many more of us – a whole collaborative community – that are interested in this. Bringing this into focus for other people, and having them take it and run with it, is something I’m really proud of.”

One person who has taken Boyle’s work and run with it is Manuel Fasko, a postdoctoral fellow at the University of Basel in Switzerland who received a grant to come to the College of Charleston for the 2022–23 academic year to teach as a visiting scholar and work with Boyle. 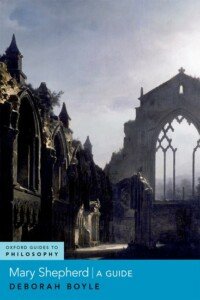 Boyle’s forthcoming book, “Mary Shepherd: A Guide,” is set to publish in the spring of 2023.

“I am currently working on a habilitation project on Mary Shepherd’s philosophy of mind, and Professor Boyle is one of the leading scholars on Mary Shepherd,” says Fasko, whose area of interest is primarily metaphysics, philosophy of mind and early modern philosophy. “To be in a situation where I can discuss my previous work and its further development with her is an incredible privilege. It is just exciting being part of this journey of changing the philosophical canon by studying voices that have not been heard for a long time.

“Professor Boyle is incredibly knowledgeable, hence there is a lot to learn for me. She is also very constructive in her feedback, so there is also a lot I can learn from her in that regard,” continues Fasko, who is teaching an introductory philosophy class this fall and then will join Boyle to co-teach a course on the history of philosophy and women philosophers in the spring. “She was and is incredibly supportive, and a huge help for me when I had to prepare my class (which was very different from the style of teaching I am used to from Switzerland), so in that context I’ve already learned a lot and I am sure to learn more when I co-teach with her in the spring.” 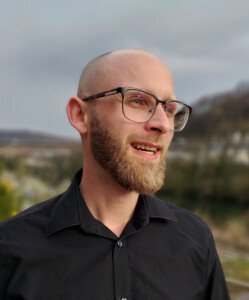 Manuel Fasko, a postdoctoral fellow at the University of Basel in Switzerland, has come to the College as a visiting scholar to work with Boyle and teach philosophy.

Fasko – who is giving a talk entitled “’The Complicate Being Self’ – Mary Shepherd and the Difference Between Self and Mind” in room 202 of the Tate Center at 3:15 p.m. on Thursday, Sept. 8, 2022, – differs from Boyle in some of his views of Shepherd, which is something Boyle appreciates.

“We don’t see eye to eye – and he criticizes my work on Mary Shepherd, but that’s the point of philosophy,” she says. “Disagreement furthers the conversation. The more voices, the more perspectives, the more we get to do what we love.”

As the editor of the Journal of the History of Philosophy – the discipline’s leading journal – Boyle gets to read plenty of perspectives and hear plenty of voices.

“I get to learn about different areas outside of my field of interest, which is really great,” she says, noting that she is the first female editor of the journal. “I think my legacy as the first woman editor of the journal is what I’m most proud of. Plus, it gives me the opportunity to help younger scholars with their work, ensuring that rich conversations continue.”

Of course, those conversations cannot continue – or even get started – if they are not taught from the beginning, which is why Boyle wants to encourage more and more to be written about women in philosophy.

“Whereas there was very little when I started, I want there to be plenty for other people – I want to make it easy to teach about these women and add women to the syllabus and to make it easy for researchers,” she says. “I want students to know that if you look beyond the traditional philosophical genres and include novels, plays and poetry, you’ll see that there were many more people doing philosophy than the seven main guys that are taught about. And many of them were innovative women who were making history in philosophy in their time.”