The College of Charleston Alumni Association will honor eight distinguished alumni at the Alumni Awards Gala on Saturday, Nov. 19, 2022, as part of the College’s 2022 Fall Alumni Weekend. Each year, the awards recognize graduates whose achievements reflect honor upon their alma mater.

“It will be wonderful to honor this group of brilliant, impactful and memorable award recipients,” says Elizabeth Colbert-Busch ’79, president of the College of Charleston Alumni Association. “It has been an exceptional year building on the foundation and dedication of our College of Charleston family. We are excited to add another chapter to our history.”

All guests for the Gala must be age 21 or older and provide valid, government-issued, photo identification upon entry. Tickets can be purchased online and through the George Street Box Office.

“Lou” Robinson, Ed.D., received a B.A. in fine arts from the College in 1977. A consummate scholar, she went on to earn both her master’s degree in child and youth care administration and her doctorate in curriculum development and systemic change from Nova Southeastern University. Robinson received a certificate in management and leadership from the Harvard Graduate School of Education and obtained additional leadership certifications from the American Association of Community Colleges, the American Council on Education/Office of Women in Higher Education, the National Institute for Leadership Development and the National Coalition Building Institute.

A native of Charleston, Robinson served as dean of the historic Palmer Campus of Trident Technical College (TTC). She retired in 2019 after nearly 30 years of exceptional service. Her work in the field of child and youth studies produced many innovative training initiatives at TTC and for South Carolina.

Robinson has served on the Alumni Association Board of Directors and is a member of the Black Alumni Council. She is a life member of Alpha Kappa Alpha Sorority, Inc., and a Charter Member of the College of Charleston’s Iota Omicron Chapter.

Robinson is a generous donor to the College. In recent years, she has made gifts to the CofC Fund for scholarships, the Greek Leadership Fund and the Student Emergency Fund. She resides in Charleston, with her husband, Peter, and they are the proud parents of daughter Tahlia and son T.J. 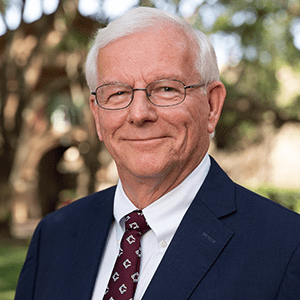 The Distinguished Alumnus Award was established in 1983 to recognize alumni for significant contributions to their professions or their communities over a long period of time, thus reflecting honor upon the College of Charleston.

“Steve” Osborne graduated in 1973 from the College with a B.A. in political science, and he has been an active member of the campus community ever since. In 2017, after serving as executive vice president for Business Affairs at the College for more than a decade, Osborne was tapped by the Board of Trustees to serve as interim president of the university upon the retirement of then President Glenn McConnell ’69.

Osborne’s steady presence kept the College moving in a positive direction as current President Andrew Hsu was selected and assumed office in 2019. Before coming to the College in 2006, Osborne served the South Carolina Budget and Control Board for nearly 27 years, ultimately as chief of staff. He is past president and past vice president of the South Carolina International Personnel Management Association.

A native of Florence, South Carolina, Osborne joined Pi Kappa Phi fraternity while at CofC, and after graduation, went on to receive his M.P.A. from Western Kentucky University and his MBA from the University of South Carolina.

Osborne, who resides in Charleston, lost his beloved wife, Mary, in 2019. The couple’s son, Stephen C. Osborne II, graduated from the College in 2006 and is married to alumna Grace Toland Osborne ’11. He is the proud grandfather of Olive and Charles Osborne. 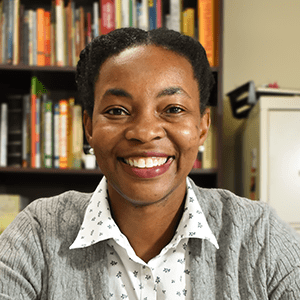 This Alumna of the Year Award recognizes an alumna who has contributed significantly to her profession, her community or the College during the year prior to selection.

Tracy Swinton Bailey ’95 was a member of the Gospel Choir at the College of Charleston and graduated with a B.A. in English. The Georgetown, South Carolina native then went on to earn her M.Ed. in secondary education and teaching from Coastal Carolina University in 2009 and her Ph.D. in language and literacy from the University of South Carolina in 2013.

Bailey is the founder and CEO of Freedom Readers in Myrtle Beach, South Carolina, an after-school and summer literacy program designed to support families in low-income areas as they assist their children in achieving their academic reading goals. A former teacher and gifted author, Bailey released her bookForever Free: A True Story of Hope in the Fight for Child Literacy in 2021. This memoir serves as a call to action for examining America’s long-standing struggle to educate vulnerable children adequately and offers valuable insights for effecting change in families and communities.

Bailey has been a generous donor to the CofC Fund for scholarships and the School of Humanities and Social Sciences Dean’s Excellence Fund. She is married to Issac J. Bailey, and they reside in Myrtle Beach with their two children, Lyric and Kyle. 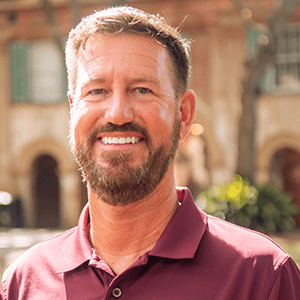 Scott Foxhall ’94 Alumnus of the Year

The Alumnus of the Year Award recognizes an alumnus who has contributed significantly to his profession, his community or the College during the year prior to selection.

In 2021, Scott Foxhall, assistant baseball coach at Mississippi State University (MSU), helped steer the Bulldogs to win the College World Series and was named Assistant Coach of the Year by the American Baseball Coaches Association (ABCA). Prior to joining MSU’s staff, he coached at CofC, Auburn and NC State. To date, Coach Foxhall has made 10 NCAA Tournament appearances, including six straight trips to the NCAA Regional round.

While earning his B.S. in education at the College, the native of Greer, South Carolina, was a standout pitcher for the Cougars from 1992 to 1994. His nine complete games still rank third all-time at the College.

In 2019, Foxhall was named the Teaching Professional of the Year by the ABCA honoring the coach who best exemplifies the art of teaching. Among his former players are CofC alumni Oliver Marmol ’07, manager of the St. Louis Cardinals; Monte Lee ’00, associate head coach at the University of South Carolina; Brett Harker ’13, head coach at Limestone College; and Jordan Tiegs and Michael O’Neal ’04, pitching coaches in Minor League Baseball.

Foxhall lives in Starkville, Mississippi, with his wife, Laura, and their twin children, Kade and Kennedy. 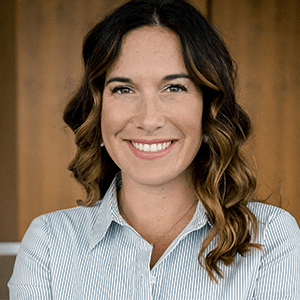 The Young Alumna Award recognizes individuals expressing the finest of CofC traditions through service to their community or profession. The recipient’s class year must be within the previous ten years.

Catherine Clifton graduated from the College of Charleston in 2012 with a B.A. in hospitality and tourism management and business administration. While at CofC, she joined Alpha Delta Pi sorority, was named to the National Honor Society and was inducted into the Hall of Leaders in 2012.

Clifton currently serves as the experiential account director for 160over90, representing major brands at major sporting events including the NFL Super Bowl, the NFL Draft, the U.S. Open (golf), the Miami Open (tennis), the FIFA World Cup and more. Formerly, she was director, Championships, for PGA of America and successfully faced daunting challenges during the COVID-19 pandemic to ensure the health and wellness of athletes and fans.

Clifton currently resides in Atlanta with her fiancé. 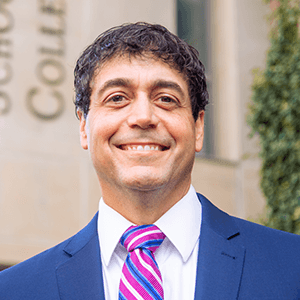 The Howard F. Rudd Jr. Business Person of the Year Award recognizes graduates who have made significant contributions as a business leader to industry or profession, community and alma mater, and who has exhibited great integrity in their business and personal life. The award is named for the founding dean and dean emeritus of the School of Business. The School of Business selects the recipient.

Eric Cox graduated from the College in 1993 with a B.S. in business administration. He currently serves on the Executive Committee for the School of Business Board of Governors and on the CofC Foundation Board of Directors.

Cox is president of Coastal Wealth Management and is a registered representative of LPL Financial. He has worked in the securities industry since 1993. After managing local operations for two different Fortune 100 companies, he decided to branch out on his own and further align his clients’ needs with the opportunities offered in the independent financial community. Cox co-hosts Beyond the Business on 94.3 WSC radio every Saturday from 8:30 to 9 a.m.

Cox is a stalwart supporter of his alma mater, giving generously to the Cougar Athletics Fund, the CofC Fund and the Women’s Leadership Initiative, among other programs and scholarships. He and his wife, Lee, live in Mount Pleasant with their three children, Annabelle, Aidan and Jacob. 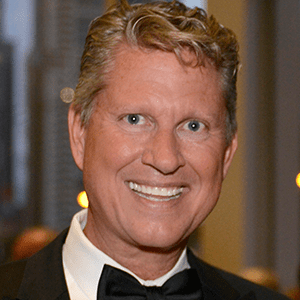 The Outstanding Service Award in Medicine is sponsored by the Alumni Association, the School of Sciences and Mathematics, and the Alpha Epsilon Delta Pre-Health Society (AED). The award recognizes graduates whose leadership in the medical sciences represents remarkable achievement and who demonstrate an enduring commitment to the College and their community. The members of AED select the recipient.

Holladay is the chief executive officer of the American Society for Clinical Pathology (ASCP). Founded in 1922, ASCP is the largest organization for pathology and laboratory medicine in the world, boasting more than 100,000 members. Holladay joined ASCP in 2005 and was named CEO 10 years later. His scientific research focuses on cytopathology and molecular research. He has been funded as a principal investigator for more than 95 scientific research grants and 100 scientific corporate contracts. Holladay has also published several significant research articles and is the primary author of several textbooks. He is an active scientific lecturer and has given more than 200 national and international speeches.

The native of North Augusta, South Carolina, graduated from the College in 1984 with a B.S. in biology and joined Kappa Sigma fraternity. Holladay earned his master’s degree and Ph.D. in pathology from The Ohio State University. He commutes to ASCP’s Chicago headquarters from his home in Carefree, Arizona, where he resides with his family. 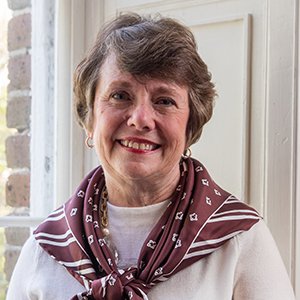 Karen Jones is director of communications for the Office of Alumni Affairs at the College of Charleston and serves as the executive secretary of the Alumni Association.

Since 1991, Jones has worked tirelessly with the Alumni Association’s Board of Directors to institute and update its strategic plan, expand its scholarship program and create the Alumni Awards Gala. Jones is credited with recruiting excellent alumni leaders to serve on the Board of Directors who mirror CofC’s alumni population in terms of age, gender, race, profession and other demographics. In honor of her many years of loyal service, the Alumni Association has named her Executive Secretary Emerita upon her retirement from the College.

A native of Loris, South Carolina, Jones graduated from the College with a B.S. in psychology and joined Chi Omega Fraternity. Over the years, Jones has served as advisor for the Student Alumni Associates, faculty/staff advisor to CofC’s Chi Omega chapter and president of the Chi Omega House Corporation. She resides in Mount Pleasant and has two children, Ashley Jones Smith ’00 and Clayton Jones, and one granddaughter, Baylor Smith.