Even though Origin Story (University of New Mexico Press) is a poetry collection, it also has many elements of memoir and documentary. A family history of distant sisters, grieving mothers and daughters, and alcoholic fathers inhabit the verse by Gary Jackson, associate professor of English and director of undergraduate creative writing. An interrogation of cultural and personal myths, the collection takes readers from Kansas to Korea and back again to reconnect with estranged family and familial ghosts divided by years of diaspora.

“After my first book, Missing You, Metropolis, came out in 2010, my family wanted me to chronicle their stories, which surprised me since most families aren’t exactly eager to have someone in the family write about them. But I took up the charge,” says Jackson. “My mother was particularly interested in telling her story, and the more I listened, the more I became aware of the collisions of memory, race and diaspora. Her parents met during the Korean War and gave birth to her in Seoul, South Korea, before moving to the United States. My grandparents’ wedding photos are on the cover of the book.”

Born and raised in Topeka, Kansas, Jackson has been teaching at the College for almost 10 years. One trait he tries to impress upon his creative writing students is to not let ego interfere with possibility.

“There’s a great deal of playfulness and experimentation in writing once you learn to let go,” he says. “And once you send a poem or any piece of writing out into the world, you have to let it go.” 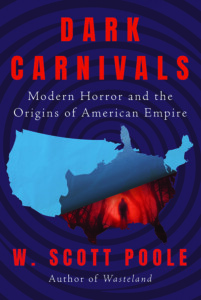 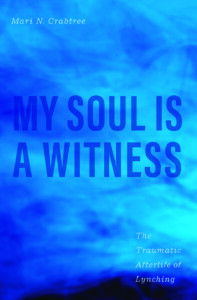 W. Scott Poole, professor of history – Dark Carnivals: Modern Horror and the Origins of American Empire (Counterpoint Press) reveals how the horror genre followed the course of America’s unchecked, post-World War II military and cultural imperialism. Poole explores how the shadow of our national sins can take on the form of mass entertainment. By viewing American imperial history through the prism of the horror genre, Dark Carnivals lays bare how the genre shaped us, distracted us and gave form to a violence as American as apple pie.

Mari N. Crabtree, associate professor of African American studies – My Soul Is a Witness: The Traumatic Afterlife of Lynching (Yale University Press) traces the long afterlife of lynching in the South through the traumatic memories it left in its wake. Crabtree unearths how African American victims and survivors found ways to live through and beyond the horrors of lynching, offering a theory of African American collective trauma and memory rooted in the ironic spirit of the blues sensibility – a spirit of misdirection and cunning that blends joy and pain.