The Architecture that Makes CofC ‘Most Beautiful’

Grand old buildings from bygone eras, with their piazzas, ornate columns and classical designs, are the beating heart of the College of Charleston’s campus.

With their centuries of history and undeniable sense of place, these uniquely Charleston structures undoubtedly give the College its charm. So, it shouldn’t be a surprise that Travel + Leisure readers voted CofC “America’s Most Beautiful College Campus” last week. “The Cistern Yard really has a special place in the hearts of our students and that’s partly because the architecture creates a whole self-contained world,” says Nathaniel Walker, assistant professor of architectural history, noting that CofC’s campus harkens to European university designs that are meant to create an encapsulated environment. “There’s this idea when you go to college you remove yourself from the hectic hustle and bustle of daily life and then you dedicate yourself to learning.”

Randolph Hall is, of course, the College’s most iconic building, followed by the adjacent Towell Library and Porter’s Lodge. And they’re meant to be. In an 1847 letter regarding planned improvements to the campus, including renovations to Randolph Hall, the Board of Trustees said its vision for the campus “would add exceedingly to the appearance of the College, make it, as it ought to be, an ornament to our city.”

In many ways, though, what makes the College so appealing today is a product of the campus’ evolution and aging over time. “What we love about it is actually a very modern thing,” says Barry Stiefel, associate professor of historic preservation and community planning and urban studies, noting that everything from the landscape to the color of the stucco on Randolph Hall, once uniform in appearance and now wrapped in a patina finish from the ravages of time, are not original to when the building was first completed. “If you were here 120 years ago, this would be very different.”

The trend of historic preservation in Charleston, similar to the European architecture many of its buildings draw from, was a function of economics, says Stiefel.

“In 19th-century Italy they were too poor to tear down and build new, so they just maintained as best as they could,” he says. “It’s the same thing here, in Charleston. We were, for a long time, too poor. And, now that we actually have some money, people actually like that historic aesthetic.”

The College underwent an ambitious expansion in the 1970s that focused on restoring a number of historic homes along Green Way and College Way (among other locations), including the Abiel Bolles House, the Aiken House and the Knox-Lesesne House, which is currently undergoing renovations again to house the Office of Sustainability.

Walker credits renowned architects William Strickland, who designed the original structure of Randolph Hall in 1828, and E.B. White, who expanded the building and added the portico and curving stair cases facing the Cistern in 1850, for creating the aesthetic footprint the College is known for today. And, he says, the College’s own art and architectural history instructor James Ward was instrumental in the early years of his career as a landscape architect in helping keep a cohesive design in place as the school grew in the 1970s, creating the brick pathways that connect campus today.

“From its beginning with William Strickland to the modern era, the College of Charleston has a lot to be proud of in its architecture,” says Walker. 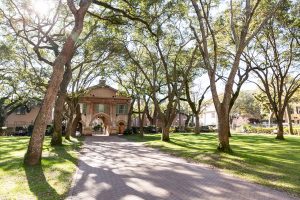 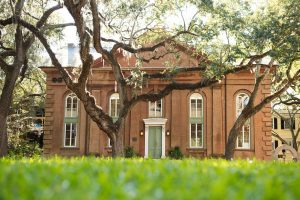 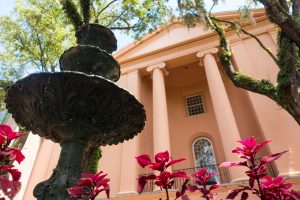 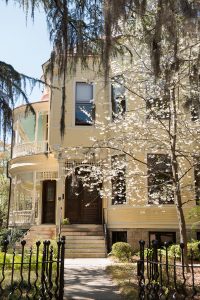 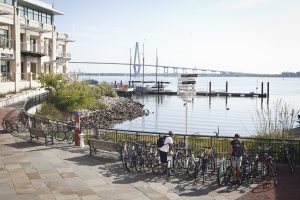 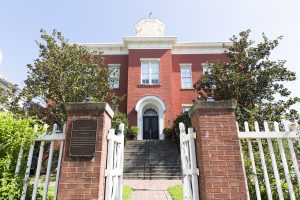 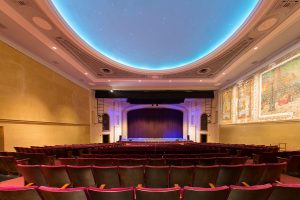