This Research is More Than Skin Deep

Leslie Hart ’03 (M.E.S.), a public health professor, is on the edge of her seat – literally and figuratively. Sitting at her desk on the third floor of the Silcox Center overlooking George Street, she talks excitedly about a curious link between college students and dolphins. Her eyes widen as she explains the details of her current research focus: understanding how the personal care practices of college students put them at risk of exposure to chemical contamination. It’s a study that she and her collaborators are conducting concurrent with another important project on a similar topic – understanding the extent to which the same chemicals affect the health of dolphins. 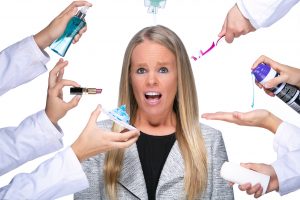 Those chemicals in question are phthalates (pronounced thal-ates), and they’re ubiquitous, it turns out. Phthalates abound in cleaning products, shampoos, conditioners, deodorants and cosmetics, and the plastic containers that house these liquids. They’re customarily added to plastics to increase their flexibility or to cosmetics to provide longer-lasting benefits (nail polishes that don’t chip). But phthalates don’t bond strongly and consequently leach into the environment, where many organisms are eventually exposed to them. Recent laboratory studies have indicated that they’re associated with altered hormone production, abnormal genital development and reproductive problems in people.

“It’s clear how important this issue is,” says Hart, who appeared in the 2018 BBC documentary Blue Planet II. “Though most of the existing studies on this topic do not demonstrate cause and effect, phthalates are nonetheless considered endocrine disruptors, not unlike bisphenol A [BPA].”

Her hypothesis is that frequent use of these products may mean that users have significant exposure to phthalates. To better understand this, Hart and her collaborators engaged some 200 female and 40 male students at the College. Hart’s team initially surveyed these students to develop data regarding their behavior pertaining to the use of some 35 different products. After that, she and her fellow researchers began collecting urine samples from the students. 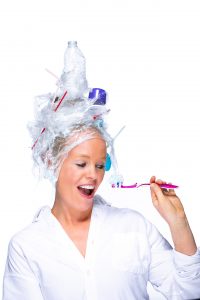 For these studies, Hart is working with professor Barbara Beckingham from the Department of Geology and Environmental Geosciences, who has supported the design of the study and is leading the chemical analysis. She adds that this research is being conducted in part by members of the College’s Women’s Health Research Team. This means that student researchers are integrally involved.

“We’ve had student researchers working on this from the very beginning,” says Hart. “They’ve been involved in every step, and it’s exciting now because we’re beginning to get useful data.”

For most of her career, Hart has worked as an epidemiologist. Her investigations regarding dolphin health began while she was a researcher for the National Oceanographic and Atmospheric Administration (NOAA).

“Dolphins are considered a sentinel species not unlike the proverbial canary in a coal mine,” she says. “Understanding what dolphins are exposed to gives us an idea of what’s in the environment.”

Though dolphins are studied by researchers across the globe, the research on their exposure to phthalates is possible thanks to Randall Wells of the Chicago Zoological Society and his long-term study of estuarine dolphins in Sarasota Bay, Fla. “Eventually,” says Hart, “we hope that long-term health information on individual dolphins may help us explore if phthalate exposure can impact their health, too.”

Early on, Hart knew that she wanted to expand that study and also examine human exposure to phthalates. That’s ultimately what brought her to the College. 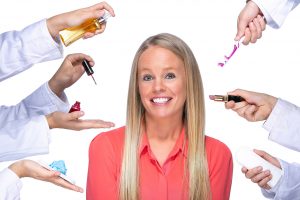 “Both dolphins and students appear to be vulnerable populations,” she says. “Many college students have a lifestyle that puts them at risk of exposure. When you consider that they regularly microwave food in plastic containers, eat with plastic utensils, drink from plastic containers and apply lots of makeup and lotion, etc., their exposure risk may be greater than other segments of the population.”

What’s truly important about this work is that the results could easily be translated to college students across the country.

“We have an opportunity here to raise awareness about phthalate exposure,” says Hart. “At a time when college students probably aren’t thinking about their future reproductive health, this is a very important issue. And studies have shown that you can really make an impact on your exposure levels if you’re aware about the dangers early on.”

Hart hopes that this research will encourage students to consider safer alternative products. In fact, she’s giving away phthalate-free lotions and water bottles as incentives to get students to participate in the study – boxes of which clutter the shelves and floor of her small office.

“We’re at this really exciting juncture where we’re starting to see important indications in the data,” she says. “The evidence appears to be supporting our hypotheses, and we’re ready to learn more. I’m definitely on the edge of my seat.”