Five College of Charleston seniors and graduates – a record for the institution – will spend the next year of their lives studying and working abroad as prestigious Fulbright award recipients.

According to English professor Anton Vander Zee, who directs of the College’s Office of Nationally Competitive Awards and works closely with students pursuing these distinctions, 33 students and graduates from the College applied for Fulbright Awards this year. Last year, no other university in the College’s class of master’s-granting institutions – which includes hundreds of schools – fielded more than 30 applications. 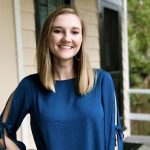 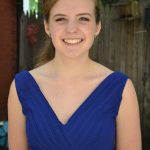 “What our Fulbright awardees have achieved is an all-time record for the College,” Vander Zee explains. “And the fact that 14 of the 33 applicants were chosen as semi-finalists among all the applicants from across the U.S. is very impressive. It suggests that the College is attracting top-caliber students and they’re benefitting from close faculty mentoring in their respective disciplines. That five students and graduates from the College received a Fulbright Award this year is remarkable, and it positions the College as a ‘top producer’ [of Fulbright scholars and students] for the second year in a row.” 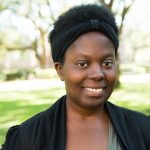 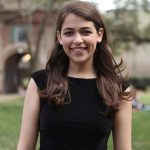 RELATED: The College of Charleston was named a top producer of Fulbright scholars and students for the 2018-2019 academic year.

Each of these individuals will be spending their time in the Fulbright system working as English teaching assistants, while also focusing on side projects related to their professional and academic interests. Both Hiers and Moore will be posted to Colombia. Helfgott and Kreutz will spend their Fulbright year in Mexico and McLaurin will be in Germany. 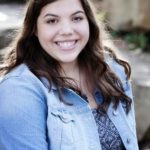 For each of them, this is a unique opportunity. Hiers sees it as a key to jumpstarting her career. She has spent part of the past year working as a clinical intern teaching Spanish in a Charleston-area high school. She plans to use her time working in Colombia to help hone a new teaching style and philosophy she has begun to develop.

“As a Spanish teacher, I’ve been focusing on the proficiency required to function in day-to-day situations like ordering food or catching a bus,” says Hiers. “Now that I’ve taught some older students, I realize that their needs are different. So, in Columbia, my teaching will focus on the skills required to study, conduct business or provide services in English and in the English-speaking world. After that experience, I plan to pursue a master’s degree in bilingual education at Columbia University.”

Helfgott, Moore and Kreutz also aspire to impact the world in positive ways, and they see their impending experience as Fulbright recipients as a key to those goals. Helfgott eventually plans to teach and advocate for Mexican immigrants who seek to work in the U.S. Moore plans to become an immigration lawyer, specifically aiding Venezuelan refugees who have fled to Colombia. Kreutz would like to teach at the secondary school level in a capacity that allows her to generate increased awareness of and advocacy for the natural environment in Mexico and around the world.

And McLaurin, too, has a similar outlook. She has taught English as a second language for the past four years and hopes her time in Germany over the next year will augment her chances of eventually working for an organization such as Refugees on Rails.

“That organization, which is based in Berlin relies on volunteers with IT experience to teach refugees how to code,” says McLaurin. “I would love to work with an organization that encompasses my passion for technology and would also enable me to help people from different language backgrounds. I would especially like to do work that helps refugees acclimate to life in a different country.”