The College’s new Center of Sustainability is charged with transforming society through sustainable solutions, so it makes sense that its new office on campus, the Knox-Lesesne House, would be as sustainable as possible. But given that the house dates to the mid-19th century, that was a bit of a challenge.

Dwarfed by the better-known Sottile House on Green Way, the three-story, Italianate structure has a unique history and some of the most distinctive wrought ironwork on campus. Originally built in 1846 by Katherine Knox, after her late husband acquired the land from the College, this home has had a series of owners, including Albert Oceola Jones, an African American politician during Reconstruction. In 1964, the College purchased the property from Alberta S. Long. 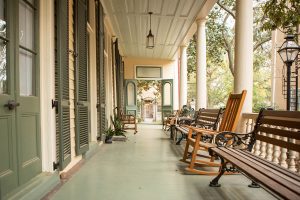 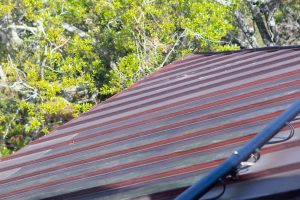 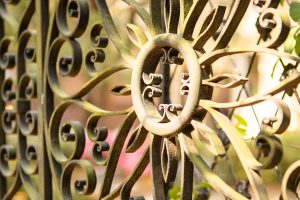 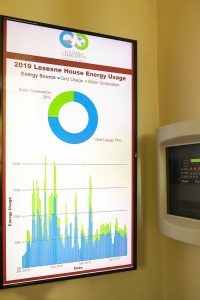 Photos of the Knox-Lesesne House by Taylor Krauser.

In 2018, the former residence hall underwent a year-long renovation, reopening this past February. Though much of the work done isn’t visible, the building was structurally stabilized and had some state-of-the-art innovations incorporated. The west-facing section of the standing-seam metal roof is fitted with solar film panels that generate roughly 25 percent of the building’s energy needs on any given day. A large digital display in the entry foyer monitors the panels’ production. In the south-facing walls, reflective film was installed on the windows to reduce the building’s heat gain. And throughout the 2,600-square-foot structure, motion-sensing lights help reduce energy use.

Other sustainable aspects of the renovation include the addition of bike racks and a shower to accommodate bicycle commuters. (Repurposed or recycled materials were used in the shower and elsewhere.) The building will eventually have a rainwater collection system feeding a retention garden that the College intends to build as the final phase of the renovation.

Transformation begins at home in more ways than one.