If you were on campus in the fall of 2018, it’s likely that you took note of “Southbound,” the photographic exhibition that hung at the Halsey Institute of Contemporary Art (and Charleston’s City Gallery) for the entire fall semester. That mammoth show, which featured the work of 56 photographers, offered a vivid portrait of the diverse social culture of the American South. 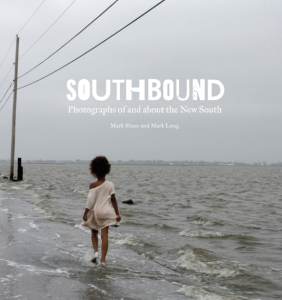 The catalog of that exhibit – a hardbound book of the same name – is equally impressive. That’s why it’s not surprising that the Southbound book recently won the Alice Award, one of the most prestigious book prizes in the U.S.

The Alice Award, which comes with a $25,000 prize, was presented to Mark Sloan, the co-curator of that show and the director of the Halsey, as well political science professor Mark Long, the other co-curator of “Southbound.” Sloan and Long both share editorial responsibilities for the book and they traveled together to New York in late October to receive the prize.

The Alice Award is named in honor of Alice Manheim Kaplan, a former president of the American Federation of the Arts. Kaplan was a philanthropist and a renowned collector of illustrated tomes. The Alice Award was established by the Kaplan Foundation to support the recognition of well-made, illustrated books, and the special meaning and sense of intimacy they afford. Each year, a jury of leaders in publishing and the arts select the winning book from hundreds of eligible titles.

Southbound (the exhibition) is currently on view in a joint presentation at the Gregg Museum of North Carolina State University and the Power Plant Gallery at Duke University until the end of December. The exhibition will continue its national tour through 2021. More information on the Southbound project can be found at southboundproject.org.