It wasn’t how Charlise Page had thought her final days as an RA (resident assistant) at the College of Charleston would go. A senior majoring in exercise science, Page had envisioned leaving her alma mater as a newly minted graduate, having taken her time to pack her belongings and say a proper goodbye to all the residents of Buist Rivers Residence Hall where she worked as an RA for two years.

Instead, Page, along with a group of other dedicated RAs, ended her time living on campus helping her fellow students and their parents unexpectedly move out amid the escalation of the coronavirus pandemic.

“When I first learned that students had to move out, I was really bummed out,” says Page, noting that some students may not have a stable home to continue learning from. “The worst thing about it, though, was the disappointment of the seniors. I’m sorry that our senior year had to end in this fashion, but as much as I think this is a cliché thing to say – things happen for a reason (or at least I think so).”

Despite having to deal with their own mixed emotions in the midst of a stressful situation, Celeste Granger, associate director of the Department of Residence Life, says about 40 percent of the College’s RAs manned the residence halls to help students and parents move out March 20-23, 2020. RAs also reached out to their residents ahead of time to offer support and help coordinate their departure from campus. 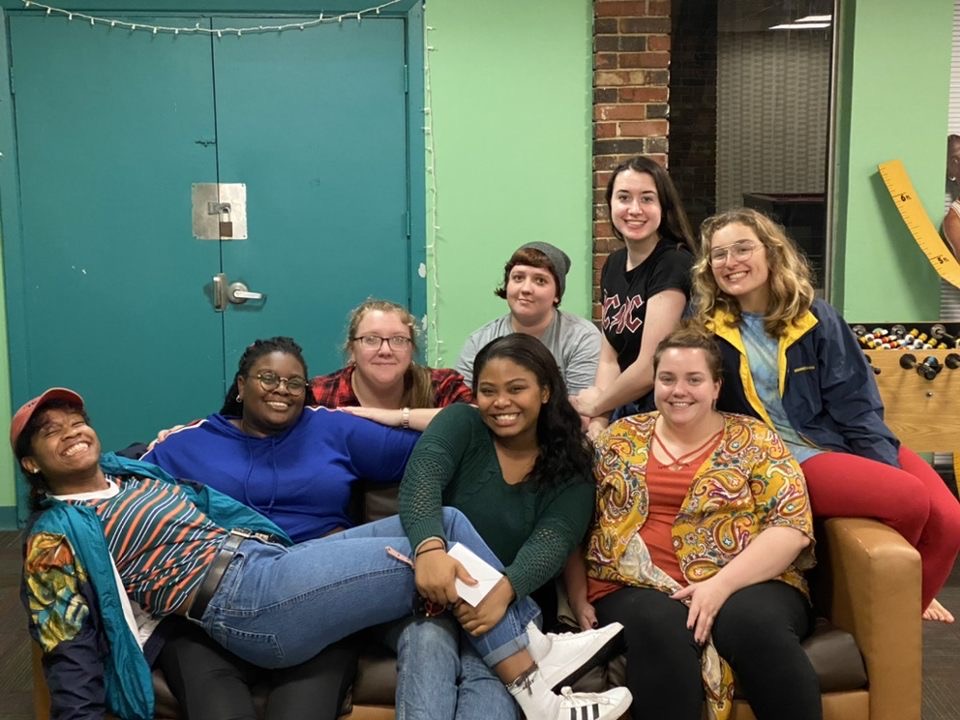 Moving nearly 3,000 students out of residence halls is a daunting task under the best of circumstances. Doing it in the middle of a pandemic, at a time when many students were away for spring break, complicated the process to say the least. Residence Life and Campus Housing focused on making the process as safe and orderly as possible.

Students had to sign up for a specific time slot in which to move out. All move out times were staggered, says Granger, to minimize the number of people coming in and out of the buildings and to reduce the number of people around each other. RAs, all of whom were given the option not to assist if they didn’t feel comfortable, mainly staffed information desks in residence hall lobbies.

“We wanted to be cognizant of their needs and comfort level,” Granger says of managing the role of RAs during move out. “So many student staff really stepped up, saying ‘We’re here. We’re able to help.’ That was a really great part to what was a tough situation.”

The effort of both staff and RAs was incredible, says Melantha Ardrey, director of the Department of Residence Life.

“The RAs did work really hard to support their fellow students,” says Ardrey, “and many staff, particularly in Residence Life and Campus Housing, also worked incredibly long hours to pull off this successful move out. They were all incredibly dedicated.”

Bailey Jackson, an RA for Berry Residence Hall, says many students had a sense of disbelief and no one was really prepared for what they were facing.

“The mood varied by the day and time of each of my shifts,” says Jackson, a junior Honors College student majoring in political science. “Some students and parents were joking because the situation was just so unbelievable, some were frustrated and others didn’t seem to be in any hurry to move out.”

The goal for Page was to simply be there for her fellow Cougars.

“My role during move out was to be a shoulder to lean on and a listening ear. I listened to students talk about their changed plans and uncertainties for the future,” she says. “I related with them. So, I’d sit at the desk and talk it out with those who worried and reaffirmed to them that, however this plays out, they still have a support system.”

Close to 2,000 students moved out of the College’s residence halls between March 20 and March 23. Just under 1,000 students either have belongings still on campus or have special circumstances preventing them from leaving campus. Granger says the College is working with  those students to coordinate other move out dates and assisting students still living on campus, particularly international students, with making their way home.

Nearly two weeks after moving out, Jackson and Page say they have reached out to the students from their residence halls to offer their support. Luckily, they can easily stay in touch.

“I’ve reached out to my residents to let them know that I am here to chat and help connect them with resources,” says Jackson, noting that she’s been staying in touch with her CofC friends using group chats, Snapchat and Instagram. And Jackson and her friends are planning some get-togethers using Zoom later this month.

A self-described social butterfly, Page says being away from her CofC family has been tough.

“The hardest part is that I’m not seeing those people every day,” she says. “Who will binge watch Netflix with me? Who will tell me that my laugh is weird? Who will I roast and make jokes with?”

Until they can be together again, Page, like many of us right now, is making due with virtual visits.

“I’m staying in touch with my CofC friends by FaceTiming them literally every second of the day,” she says. “If I’m not in a lecture, I’m on FaceTime.”

In spite of being away from campus, CofC’s RAs are still keeping the Cougar family connected.