By Darcie Goodwin|2020-05-07T16:41:20-04:00April 30, 2020|Academics, All News, Side Feature|Comments Off on Women’s and Gender Studies Student Honored With Alison Piepmeier Award
Having grown up in Mt. Pleasant, South Carolina, Tanner Crunelle has deep, emotional ties to the Holy City. He chose to attend the College of Charleston because he knew he could make a difference by applying his academic work to his activism outside the classroom. “Being a genderqueer and gay Southerner, it has become very important to be thoughtful about how to interrupt painful systems of oppression, both at CofC and elsewhere,” says the Honors College student who will soon graduate with a double major in English and women’s and gender studies and a double minor in creative writing and southern studies. Activism encompasses everything Crunelle does. In fact, his senior writing project focused on student activism at the College of Charleston and the deep interconnectedness of all oppressions — something he plans to explore more as he continues his studies and prepares for a career in academia. As an activist, Crunelle is not just a talker, he’s a doer, which is why he received the Southeastern Women’s Studies Association (SEWSA) Alison Piepmeier Outstanding Student Award, named for late CofC women’s and gender studies professor Alison Piepmeier. 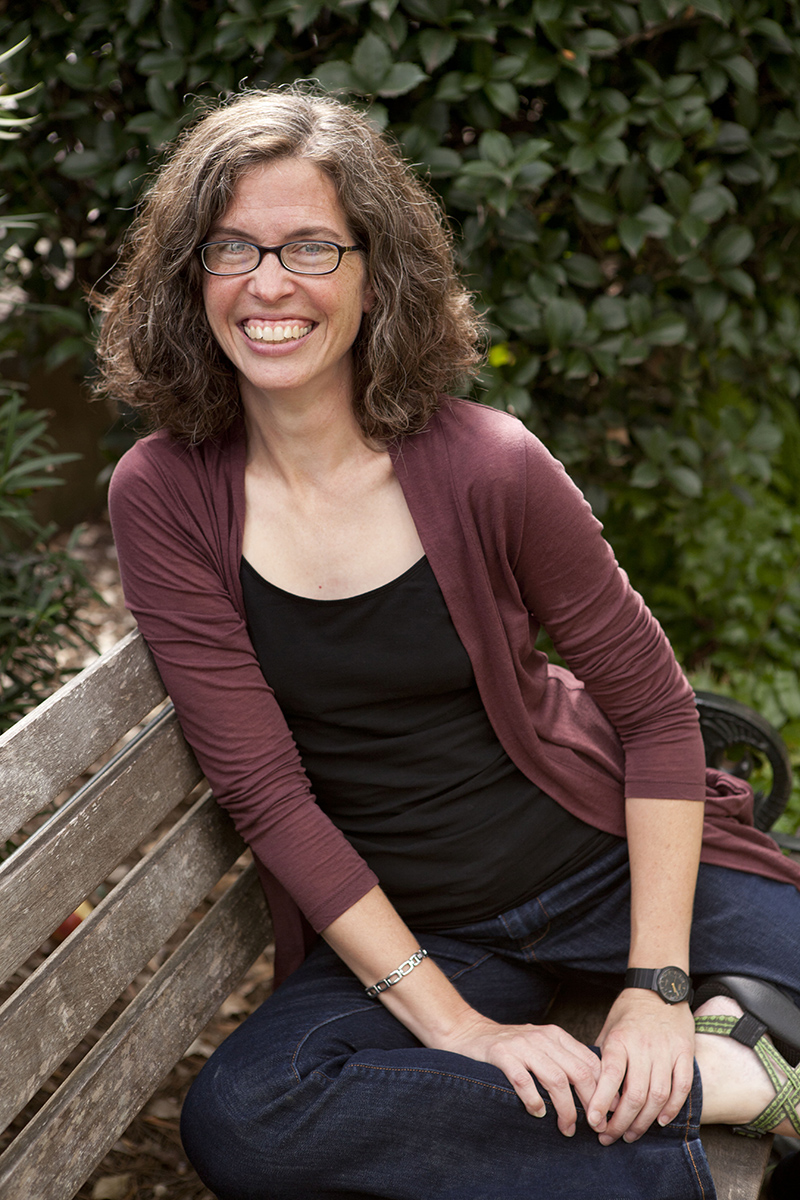 After seeing the important role students played after a series of discriminatory acts on campus, he and several peers formed the Intersectional Cougar Action Network (I-CAN) to serve as a coalition for all student minority groups. Since 2018, I-CAN has held events, organized protests and invoked policy changes at the College. Crunelle also formed Out Front in 2019 to support LGBTQ+ life on the CofC campus. This group, which includes representatives from all aspects of campus life, organized a campus-wide collaboration for Pride Week and continues to form an LGBTQ+ alumni network. He started the Sturcken Oratorical in 2018, which pays homage to Frank Sturcken ’51, who delivered a speech advocating the College rethink its exclusion of students of color. The Sturcken Oratorical competition provides a forum for students to problem solve around institutional oppression. “It’s about giving students a platform to present evidence-informed arguments about how the College can be better in meeting its public mission,” says Crunelle. The recipient of the Brady and Angela Quirk-Garvan Endowed Alumni Scholarship, the Ketner Emerging Leaders Scholarship and Marilyn Shiely Coste Memorial Scholarship, Crunelle has played a role in many other College initiatives, and with all that he does, it only makes sense that Crunelle be the first College of Charleston student to receive the SEWSA Alison Piepmeier Outstanding Student Award. Beloved professor of women’s and gender studies, Alison Piepmeier (1972-2016), made a huge impact not only at the College of Charleston but with SEWSA, where she served as president from 2006 to 2008 and on the board from 2004 to 2010. To memorialize her impact on the many students, colleagues and friends whose lives she touched, in 2017 SEWSA formed the Alison Piepmeier Outstanding Student Award. 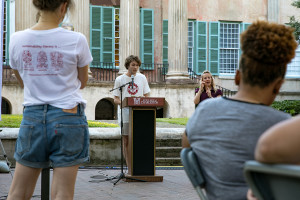 “The Board believes that the goals of Crunelle’s scholarship and activism not only meet the mission of SEWSA, but also does so in a way that best embodies the spirit of this award and its beloved namesake Dr. Alison Piepmeier,” says Phyllis Thompson, SWESA president. “Crunelle’s work, that blurs the line between scholarship and practice, has and will positively impact campus life in Charleston now and into the future and will ripple outward to positively impact the field in many ways.” Crunelle, whose research revolves around interpreting literature to tell stories about resistance and liberation, was to present this research at the annual SEWSA conference, where he would have received the award at the conference banquet. Unfortunately, it was cancelled due to COVID-19. Although he couldn’t accept the award in person, it means a lot to him to have been honored. “I never got to meet Dr. Piepmeier, but I know she was a very important part of my education,” says Crunelle. “Her work made a difference, and it means a great deal to be given an award that honors a woman admired by so many people with whom I work closely. It makes me feel connected with a larger institutional history of resistance.”