Spend a few moments with Paul Dierksheide and you’ll gain some appreciation for the term infectious enthusiasm. This computing in the arts major embodies that phrase. His joie de vivre is palpable, reinforced by his gift for rapt conversation, a megawatt smile and bright, flashing eyes.

Dierksheide’s demeanor seems entirely fitting: he’s got a lot to be enthusiastic about these days. Not only did he just graduate from the College of Charleston with a job in hand at a high-tech software company, he also just won an international design competition – the Adobe x Airbnb Creative Jam. 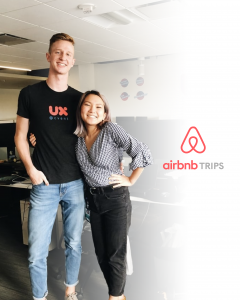 Somehow, he managed to squeeze that contest into his end-of-semester schedule, which included completing his bachelor’s essay and making his capstone presentation, among other obligations.

Along with his friend Britney Phan, who studies computer science at the University of Virginia, Dierksheide actually participated in a number of design contests – or jams – this spring. Both he and Phan share a deep love for user-experience design and often spend hours chatting about it and the things that inspire them. So, when Phan texted him in mid-April to suggest they sign up for some upcoming jams, Dierksheide was all in.

“Doing these jams is really a thrill,” says Dierksheide, who was a student in the Honors College. “And the Adobe x Airbnb one was completely exhilarating and exhausting at the same time. It started with a livestreamed event on Friday at noon with something like 340 teams involved from all over the U.S., Canada and the U.K.”

Participants had to develop a platform using Adobe XD that would allow group travelers, such as families, to seamlessly share their experiences, photos, videos and any other content with each other and the broader Airbnb community.

“Britney and I started working right away,” Dierksheide explains, noting that they named their team Egg and Cheese Croissant. “We kept on it until about midnight that night. Then, we woke up early the next morning and kept working, pretty much going all day and all that night until we finished around 6 a.m. on Sunday. I was going to bed just as the sun was coming up. But then we spent a few more hours on Sunday adding final touches to our presentation before we turned it in that afternoon.”

Their winning solution is an app dubbed Airbnb Trips. It enables users to post images, videos and stories just as many other apps do, and it links all that content to the specific Airbnb property and place. Dierksheide and Phan wowed the judges with solid market research, clean navigation, alluring graphics and something entirely novel – a scavenger hunt feature.

RELATED: Check out Airbnb Trips and learn more about the app’s features.

“That just came to me randomly,” he explains. “It grew out of my study-abroad experience. As a sophomore, I studied in the U.K., and we did a lot of group travel in that program with about eight people. So, during the jam, I was thinking what would I have loved to add to those group experiences? And I thought, how cool would it be to throw in an activity that led to content creation, but at the same time had an element of gamification that would prompt you to go and see certain sites. That’s when we developed the scavenger hunt feature. It really made our entry stand out with the judges.” 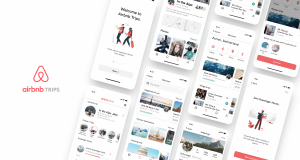 The Airbnb Trips app allows users to post images, videos and stories as well as offer a scavenger hunt feature.

At the end of the contest, when the hosts announced the winners during a livestreamed broadcast, Dierksheide was on FaceTime with Phan watching everything unfold. They were saying to each other, “There’s no way, there’s no way!” And then they heard “and the winner is, Team Egg and Cheese Croissant from the College of Charleston and the University of Virginia.” Dierksheide literally jumped up and down with excitement.

“That was crazy exciting when we finished,” he recalls, “because we felt so good about our app – our solution. I’ve rewatched the awards online so many times because it brings me so much joy, but those 48 hours were really challenging. We went through the whole spectrum of emotions. At times, we got into tiffs because we had different approaches, but we love each other and we value each other’s ideas, so we worked together really well.”

Dierksheide and Phan not only walked away with top honors, they each won $500 in Amazon gift card credit. But far more valuable, he says, was the confidence they gained.

“I’m so grateful to the College and the computer science department for enabling me to grow as an individual, as a student and as a professional,” he says. “The many personal relationships I formed with faculty were monumental for my career. I honestly think that the reason for all my successes – and this win in particular – is the confidence that I built via those relationships with faculty.” 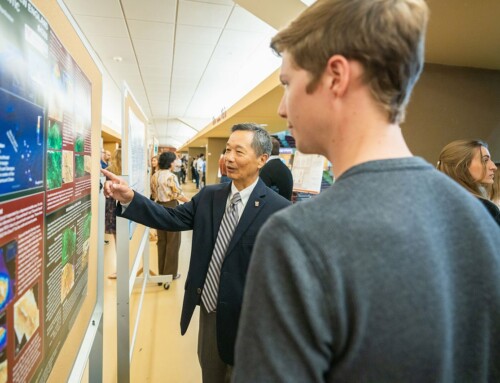