While Shannon Toney Smith ’02 completed her doctorate in clinical psychology at Texas A&M, her husband Mike Smith ’01 developed websites for the school’s alumni association. Seeing the university’s need for involved alumni and student scholarships made Mike think about his own alma mater, the College of Charleston. 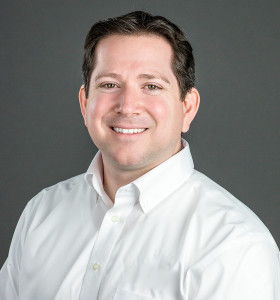 So, when the Smiths moved to Florence, South Carolina, in 2015, Mike decided it was time to reengage with CofC. He discovered a big presence of CofC alumni in Florence, but there was no alumni club. He reached out to Karen Burroughs Jones ’74, director of alumni communications and executive secretary of the Alumni Association, who worked with Meredith Chance ’16 (M.A.), associate director of CofC Clubs, to help him set up the Florence/Pee Dee CofC Club.

Once Mike formed the club, he had the challenge of getting area alumni involved. He quickly found an ally in Ashley Nance ’02. The pair decided to create a culture of philanthropy and began work to create a scholarship for high-caliber student-leaders who would be active members of the campus community.

To get the scholarship set up, Mike again reached out to the College and received advice from Cathy Mahon ’80, vice president of development. She advised them to get five donors to commit to $2,000 each to get the ball rolling for a four-year scholarship. Mike and Nance were the first two donors, and Tara Jeffords ’93 quickly stepped in as a third. But then they hit a roadblock with recruiting other interested alumni.

Although motivated by a shared vision for future CofC students, Nance and Mike Smith had vastly different experiences during their years at the College. 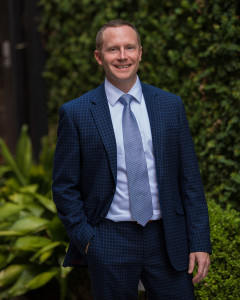 Nance came to the College after visiting his sister, Paige Nance Thomas ’98. His brother Austin Nance ’04 followed soon after.

“I was blown away. I loved the character and charm of the school as well as the small class sizes. It reminded me of my high school,” says Ashley Nance, the current Florence/Pee Dee CofC Club president who majored in business and now works as an attorney. “The College of Charleston culture has shaped who I am today. I got to know my professors, and the programs were excellent. I wouldn’t trade my experience for anything else.”

Mike Smith was accepted into the Honors College and received a full scholarship. His sophomore year, he left to study in France at the University of Caen. While there, he developed a passion for linguistics and changed his major from computer science to French.

When Mike returned to campus, he dropped out of the Honors College to focus on his major and his interest in web development. Having previously lost his scholarship, he took the second semester of his junior year off to work for an internet company to pay for his senior year – which he did. And he even managed to get another scholarship.

“I was not involved at the College, and it was to my detriment,” says the founder and CEO of Customs Donations, an online giving platform. “By being involved, you end up being with some amazing people. It’s inspiring to be around leaders, and it will make you a better person. I don’t want other students to miss out on all the opportunities there are for CofC students. If they get involved, it will be life changing.” 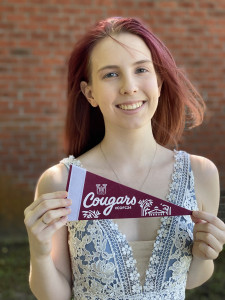 The first scholarship recipient of the Pee Dee Alumni Club Scholarship, Ansley Elkins, will be joining the College of Charleston in fall 2020. The scholarship is awarded to an incoming first-year student who resides in the Pee Dee region. Preference is given to a student who has demonstrated leadership within at least two school or community organizations.

Elkins, who plans to major in biology and become a pediatric orthopedist, represents the perfect mix of being involved and giving back. She founded and serves as president of the Reading Buddies Program, which provides one-on-one tutoring for young children. She co-leads Students-to-Students, a tutoring program through the Boys and Girls Club. She competed on her high school varsity volleyball team, which won the state championship; plays guitar; knits clothing for a local homeless shelter; and conducted summer research at the Clemson Pee Dee Research and Education Center in Florence on silencing the four wheats in the prolamin group, which are responsible for gluten intolerance.

“I am honored to have been chosen to receive the Pee Dee Alumni Club Scholarship,” says the incoming Honors College student and member of the Honors Leadership Fellows Society. “It means a lot that my past accomplishments have been recognized, and I am so grateful for the many amazing opportunities the Florence/Pee Dee CofC Club and the College of Charleston have given me. This award alleviates a huge financial burden and will allow me to focus on my studies and future goals over the next four years.”

While at the College, Elkins plans to join the Public Health Society and the Women in STEM Club. She also wants to join clubs such as Challah for Hunger, Charleston Miracle and Cougars with a Purpose to help with fundraisers and events within the community.

“It’s a straightforward way to get alumni involved in their club as well as recruit high-caliber students to the College,” explains Mike.

“There is all kinds of potential once other club leaders see what we are doing,” adds Ashley. “I imagine they will quickly start their own scholarship. Our ultimate goal is to get our scholarship endowed, so we still have work to do.”

They plan to reach out to business and community leaders in the Pee Dee area to build up the $50,000 needed for an endowed scholarship — really a small price to pay to educate future community leaders.