Over the past several months, racial inequality has become a central issue in the United States. For many, however, it’s been the central issue for a long time. And for three students at the College of Charleston, it has been a key motivator, prompting them to spearhead significant advancements regarding enrollment in the Honors College, and establish a new discussion series focused on race.

Senior Cookie Desai and sophomores Andrea Kimpson and Aliece Hurley – each members of the Honors Leadership Fellows Society – worked diligently over the past year to mitigate unconscious bias and promote fairness in the Honors College application-review process. They worked closely with Elizabeth Roberts ’14, associate director of admissions for the Honors College, to dissect and revise the process so that socioeconomic status, racial and ethnic backgrounds, and gender expression are each taken into account. Their goal was to ensure a more just opportunity for all applicants. 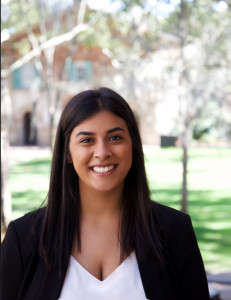 And the impact of their work is clear: Racial diversity among Honors Leadership Fellows rose from 13 percent last year to 35 for the 2020-21 academic year.

Then, in June, this trio initiated a new, weekly student discussion series about racial inequality in the U.S. They’ve dubbed it “A Series on Race.” It began small, but has since flourished.

“When the summer started,” Desai explains, “there was a shift in the political climate nationwide. It became clear that addressing this topic was exactly why we had established the Honors Leadership Fellows Outreach Committee. We said, ‘Why not go ahead and start some weekly discussions to further engage students in that conversation?’ Now more than ever, we feel the need to talk with as many students as possible and offer a safe space to discuss the challenging issues of racial inequality in the U.S.” 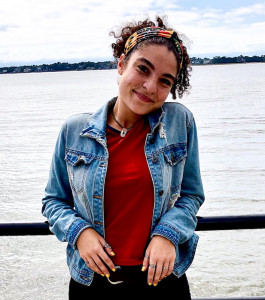 To better focus these discussions, the founders decided that each conversation would pertain to a theme drawn from a particular film or video selected in advance. For their inaugural gathering on June 12, 2020, which was available only to Honors Leadership Fellows, they asked participants to watch BlacKkKlansman. That film by renowned director Spike Lee, tells the tale of an African-American policeman who went undercover in the 1970s to infiltrate the KKK in Colorado Springs, Colorado.

Five other students participated in that discussion. To spur the conversation, Kimpson, Desai and Hurley developed specific questions and sent those out five days in advance.

“In these Zoom meetings,” says Desai, a political science major, “Andrea, Aliece and I facilitate the dialogue around those questions, but we remain flexible, allowing the conversation to form organically.”

Hurley, a double-major in international studies and political science, admits that the initial conversations were a little awkward.

“We began these discussions during the height of the protests surrounding the deaths of George Floyd, Breonna Taylor and Ahmaud Arbery, so there was some awkwardness about having these difficult conversations,” she says. “Even so, the discussion was substantive. We talked about the history of racism and how that concept has manifested over time.”

Kimpson, an international studies major with a focus on Latin America and the Caribbean, says that the second session’s focus on the 1921 Tulsa Massacre and Juneteenth was particularly powerful.

“We discussed the impact of current political rhetoric surrounding Black Lives Matter, protesting and specific actions intended only to deepen the racial division within this country. Events like the Trump rally in Tulsa, Oklahoma, on Juneteenth – at the site of the worst racial massacre in America, and on the day celebrating the true liberation of slaves – illustrates a blatant disregard and disrespect for the frustrations sensed by Black communities and communities of color across this nation,” says Kimpson. “That rally was intended to bait people no longer willing to take such disrespect lying down. It sought to have them respond in a way that feeds a political agenda. Any form of race-baiting only pushes us further away from the dialogues that need to happen in order to confront our country’s serious issues with race.”

Since those initial sessions, the trio has opened up the series to all Honors College students. They’ve guided their peers through conversations about the 13th Amendment; I am Not Your Negro, Raoul Peck’s documentary based on the work of activist-author James Baldwin; transgender discrimination; white fragility; and inequalities in education.

Desai, Kimpson and Hurley agree that having these conversations isn’t easy.

“That’s one of the reasons why we emphasize the idea that we’re all learning and we’re all growing in our understanding of race and how it shapes our experiences,” Kimpson explains. “We see this series as a space for students where they can make mistakes and learn at the same time. When you get into the details of what we’re discussing, it’s complicated, so we’re making sure to offer that space where students don’t feel constrained or judged but can grow.”

According to Hurley, having only students on the Zoom calls with no faculty present, encourages participants to be frank and honest.

“That tends to make the discussions more meaningful as well,” she says.

All three say that eventually they’d like to share this opportunity with the broader student community at the College.

“We would love to open these discussions up to anyone who’s interested,” Desai says. “The reason that we created this series was to help inform people regarding what they can do to create a more equitable world for us all, and to have the series work as a form of support for people of color who need a place to be at ease. It’s definitely in our plans to bring it to the broader campus once we get back to school and open the discussions up to as many people who want to participate.”

To learn more and find out about future sessions of “A Series on Race,” visit the Honors Hub.