Model Students: Meet Six Members of the Class of 2024

More than 2,200 new students from around the country and around the world will start their undergraduate careers at the College of Charleston this month as part of the Class of 2024. This cohort includes individuals from 45 U.S. states, districts and territories, as well as international students from a host of countries such as Australia, Denmark and Gambia.

Among this new crowd are seven sets of twins, numerous high school valedictorians and plenty of students with an enterprising spirit. They are seeking preparation for careers in medicine, technology, business and education, as well as myriad of other professions. Some are entrepreneurs. Some are innovators. Some are thought leaders. And all of them are intent on getting a strong background for making their mark on the world.

To get a better idea of the Class of 2024, here’s a sampling of several of these new students: 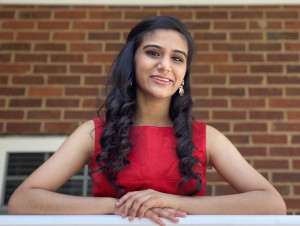 Meet Dhruvi Patel. She comes to the College from Orangeburg, South Carolina, with a keen interest in public health – specifically in epidemiology. Patel, who served as the South Carolina president of HOSA Future Health Professionals, made her way into to this field early, spending six weeks during the summer of 2019 as a research assistant at the Medical University of South Carolina. Her work there focused on oral, head and neck cancers.

As a freshman, she’ll study within the Entrepreneurship Living Learning Community in the Honors College. But even before the fall semester officially begins, she’s been hard at work researching data on COVID-19. Patel is using the College’s Back on the Bricks Plan as a case study to understand how to better collect real-time data in a pandemic and visualize it on dashboards.

“I came to the College to seek a diverse community of students to network with,” she says. “By connecting with those that share my interests, I hope to create an impact in the field of public health much beyond the Charleston community.” 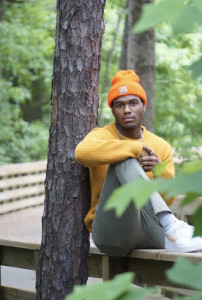 Then, there’s Brandon Alston from Atlanta, Georgia, who is coming to the College after spending the past year working as a physical therapy technician. He’s gregarious and thoughtful, so it shouldn’t surprise anyone to learn that he plans to major in theatre and become an actor. Ultimately, he’d like to play a role in telling the unheard stories of his brothers and sisters in the Black community.

“I went to a tiny school – a Waldorf school,” Alston says, “and questions of race didn’t really become important to me until high school. At that stage, I realized an interest in having more connection with my history and background. So, I spent some of this past summer participating in protests and journaling my feelings.”

Even before moving on campus, Alston has begun to get involved with the College’s Office of Institutional Diversity. He aspires to engage other students who are interested in advancing CofC’s commitment to diversity, equity and inclusion. Helping to achieve progress on those issues, he says, is what drives him. And doing that through art, through education and through making an emotional impression on an audience is what inspires him. 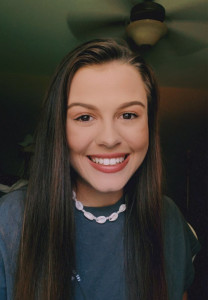 Autumn Farris is another student starting at CofC this fall. Yet not long ago, college wasn’t even on her radar. In fact, this Lexington, South Carolina, native is the first person in her immediate family to graduate from high school.

Farris moved away from home at 17 and has been living on her own ever since. In high school, she focused her energies on schoolwork and extracurricular activities, and those investments paid off. She didn’t just graduate – she excelled. She made her school’s honor roll and earned a scholarship through the Scooter Scott Program.

At the College, Farris plans to study psychology and later put her degree to work as a member of the United States Army.

“I’d like to be an army psychologist,” she says. “I want the opportunity to work with soldiers and their families in an effective way. I feel like that is much needed for those who suffer from PTSD and want to overcome it. I’ve experienced PTSD myself, and I want to help others overcome it.” 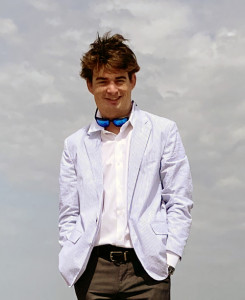 And then there’s Nicholas Spetrino, who is starting at the College as a transfer student. He grew up in Wrightsville Beach, North Carolina, and opted to take a gap year after high school. He says he didn’t want to jump into this new chapter of life without having his future mapped out more precisely.

“I highly recommend taking a gap year,” he says. “If I could put into one word what you gain from that, it’s ‘wisdom.’ In my case, I spent that time working in an internship and taking classes at a community college. That experience helped me discover my passion for finance, and particularly for commercial real estate development. So, the fact that the College offers a major in exactly that field makes it a perfect fit for me.”

It’s not surprising that Spetrino has specific plans for his college career. While pursuing his studies as a commercial real estate finance major, he intends to focus on researching Charleston’s real estate market before purchasing rental properties in the region. He plans to live in, renovate and then rent out his investments while he gets ready for a career in financial consulting and real estate development.

“Charleston’s real estate market is booming,” he says. “The projections for growth are really encouraging. This is where I want to start and grow my businesses. I want to be in an environment where I can thrive. I love the atmosphere of this area, and growing up on a beach, it’s nice that I can keep a piece of home with me. I’m excited to get started.” 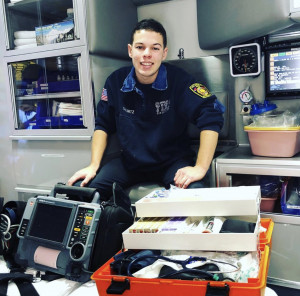 Meanwhile, first-year student Sam Swartz will be traveling all the way from Los Angeles to pursue his goal of becoming a physician. He chose the College because of its location and size, but also for the strong partnership it has with the Medical University of South Carolina, right down the street. Swartz plans to major in public health and he knows this partnership will offer pivotal opportunities for experiential learning such as shadowing, research and internships.

It turns out, experiential learning is kind of his thing. While in high school, he built a small neighborhood golf course and saw it blossom into a landscaping business. Through a twist of fate, that led him to become a licensed emergency medical technician. Since then, he’s gone on all kinds of calls all over L.A. – including shootings, stabbings, car wrecks, you name it.

“It’s been amazing,” he says. “For me, it’s extremely satisfying to help people at the worst time in their lives. That’s what I value most. But getting to know your patients is really important, too. And, in those moments, that tends to happen really quickly. That’s one reason I’m looking forward to joining the College’s student-led EMT team. I’m definitely psyched about that.” 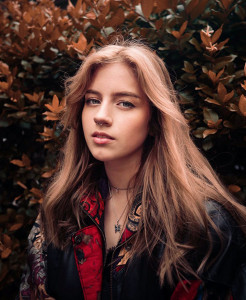 And finally, meet Kyrah Cox from Myrtle Beach, South Carolina. Cox is an award-winning artist who attended the Academy for the Arts, Science, and Technology for her final two years of high school. As a senior, she chose to specialize in nontraditional/interactive portraits.

“I actually try to apply math and science in my artwork,” she says. “Creating portraits can be very challenging. But, done right, they have the potential to genuinely capture someone’s energy. So, I practice those whenever I can. Actually, this summer I’ve been working on a piece that I was commissioned to create. That’s been my main focus.”

Some of Cox’s work is executed using negative color. To view those pieces, you have to apply a filter, which can be done with a phone. She has also painted anaglyphs, which are designed to be seen through a red or blue lens in order for the viewer to see different aspects of the painting.

“I know that being at the College will open up lots of opportunities for me in art and film,” she says. “That’s what I’m excited about.”