Impact Entrepreneurship: Students Making a Profit and a Difference

The hub of that activity is the Center for Entrepreneurship within the School of Business. The center represents a decade-old initiative to support students across all academic disciplines as they develop an entrepreneurial mindset and the skills to establish their own impact-driven enterprises.

More than 400 students take entrepreneurship courses at the College each year, and a good many of those students end up developing companies of their own. Over the years, these ventures have become incredibly diverse, ranging from homegrown products such as surf wax to charitable organizations, agricultural products, apps, apparel and so much more. And that’s just the tip of the iceberg.

All across campus, you’ll find students developing solutions, creating companies and addressing problems in enterprising ways. In fact, over 40 percent of incoming freshmen in 2019 reported that they had an interest in starting their own business.

At the recent statewide pitch contest S.C. Innovates, which challenged college entrepreneurs to address any of the 17 United Nations Sustainable Development Goals, teams from the College excelled. Students Jody Bell, Rex Bingham and Caroline Greer won third place overall and $1,500 for their automated digital advisor platform Avio, which aims to help students graduate on time. Dylan Outlaw, Cynara Cooper, Channing Smith and Brandon Alston took home the People’s Poll and $500 for their EasyTrac concept, a software that would help small retailers stock their businesses more efficiently. (Each of the above students is enrolled in the Honors College.) In addition, CofC teams won five of the top 15 places and four teams finished as runner-ups. It was the best overall performance of all 15 universities participating.

Here’s a brief look at a few of CofC’s student-entrepreneurs and the products, solutions and initiatives they’ve developed: 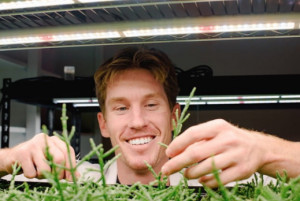 Sam Norton graduated from the College in 2018 as a political science major. After going abroad for a year, he returned to Charleston to pursue a graduate degree from his alma mater in the Master of Environmental Science Program. Before his graduate studies began, Horton established Heron Farms, a Charleston-based business that is the world’s first indoor, saltwater farm.

Norton cultivates and sells what are known as sea beans. These plants thrive in a saltwater environment. Salicornia, as they’re otherwise known, are found naturally along the edge of marshfields in the Carolina Lowcountry and elsewhere. Horton sees Salicorina as a viable food source and an important component of sustainable agriculture. And he’s not alone. His entrepreneurial efforts have been rewarded by way of $25,000 he won through the South Carolina Department of Agriculture’s ACRE startup competition and $35,000 from Charleston’s Harbor Accelerator startup competition.

“We recently completed construction of Heron Farms’ new indoor farm up on the Neck in Charleston,” says Norton, “and we’re excited to be pioneers in what may be a growing industry.” 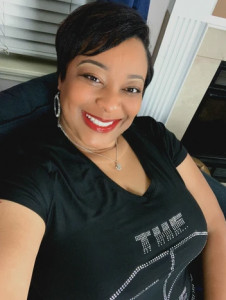 Lavetta Bernard is a junior majoring in sociology, and she’s also an independent business owner. When she’s not studying or spending time with her husband and sons, she’s busy managing a very active online business that retails inexpensive jewelry and accessories – Crown Jewels Company.

Most nights of the week, Bernard spends hours online interacting with customers. She counsels them not only on appearance, but also on a broad range of life issues.

“Choosing this road has been truly rewarding,” she says. “It has been a test of my faith and endurance. The best part for me is that hundreds of people all over the country are able to change their perspectives on life through fun, $5.00 accessories and encouraging words. I always say to my customers, ‘I hope you find more than what you came for as you experience Crown Jewels Company.’” 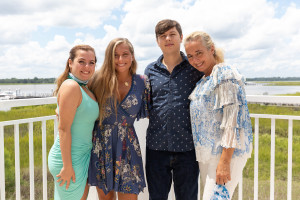 Junior finance major Yasmina Bizri, along with her sister Nour, a psychology major, and her brother Afif ’20, worked with her mother to create the face covering business Mino Charleston last spring as the COVID-19 pandemic became more entrenched.

Since those seminal days, Mino has flourished. Yasmina, the company’s COO and CFO, reports a slew of international orders.

“I speak French and Arabic,” she says, “so we’re able to navigate foreign markets pretty well. We’ve been working with a number of companies, supporting their corporate gift giving with embroidered masks. We’d love to partner with the College and make masks for students and employees, too. But we also still donate a lot of masks. After the port explosion in Beirut, Lebanon, in August, we started donating there, and we’ve continued to donate to oncology centers here in South Carolina as well.” 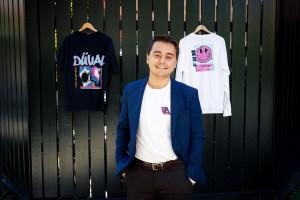 Matthew Fusco’s business FXW Clothing donates a percentage of its profits to a different charity each month. (Photo by Heather Moran)

And then there’s Matthew Fusco, a senior business administration major who created and runs FXW Clothing. It’s an e-commerce company that sells a range of unique apparel from hoodies to T-shirts to sweatpants, as well as accessories such as ball caps and skull caps.

Fusco says he’s fascinated by entrepreneurship. In fact, he discovered his passion for business after enrolling in Entrepreneurship 445, a seminar course at the College. But it also runs in his family, too: His father has started several businesses and his grandfather ran his own auto repair shop.

Along with his stepbrothers, Fusco started FXW Clothing this summer because he wanted to give back. Accordingly, the business chooses a charity each month and dedicates a percentage of its profits to support that organization’s work. So far, Fusco’s company has made contributions to the American Brain Tumor Association, the Elton John Aids Foundation, the National Alliance for Mental Illness and Autism Speaks. For the month of November, FXW Clothing supported St. Jude’s Children’s Hospital.

“Unfortunately, my grandmother passed away from cancer this summer,” he says. “My stepmother also did a few years back and my grandfather as well, and those experiences motivated me and my stepbrothers to find a way that we could make a difference. Our principle as a company is to give back and spread awareness.” 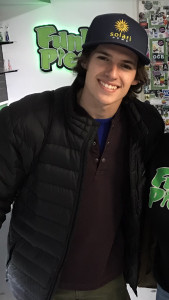 Senior biology major Paxton Newman is the proprietor of Brother’s Broadleaf, a new e-commerce firm that he started and operates with his brother. The Newmans sell top-end tobacco leaves to cigar connoisseurs.

Brothers Broadleaf was launched in late August this year, and in that relatively short amount of time, the company has garnered customers in Germany, Australia, the United Kingdom and all over the U.S.

“It’s been remarkable,” Paxton says. “My family has been in the tobacco business for 125 years, yet my brother and I discovered an unmet need in the industry, so we started selling leaves to consumers who roll their own.”

Newman, who is enrolled in David Wyman’s Entrepreneurship Theory and Practice course this semester, says that he’s found real value in that class.

“It’s been a boon for me,” he says. “Professor Wyman validates the entrepreneurial mindset all the time. When I learn how other entrepreneurs think in our readings and in presentations from visiting speakers, that inspires me. All of that is really validating the work I’m doing with Brothers Broadleaf.”