Student-athletes lead amazingly busy lives. When they’re not attending classes or studying, they’re in training or practicing or on their respective fields of play in the heat of competition. For most, there’s little room in their packed schedules for much else. But a group of student-athletes at the College of Charleston recently made it a priority to find the time to help students at Memminger Elementary School celebrate Black History Month. 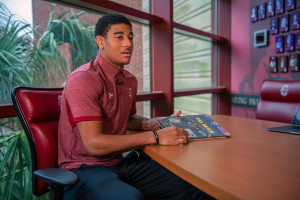 The result was a video project featuring more than a dozen student-athletes from seven different varsity sports reading children’s books specific to Black History Month, including titles such as Preaching to the Chickens, Cool Cuts and Before John Was a Jazz Giant. CofC President Andrew T. Hsu also joined in the effort with a recorded reading of A Computer Called Katherine about NASA mathematician Katherine Johnson. Although they were filmed specifically for Memminger Elementary, the videos will be shared with students at schools throughout the Charleston County School District.

According to Jamaal Walton, assistant athletics director for external operations, this outreach by student-athletes, coaches and staff from the Department of Athletics, represents an extremely important aspect of the role that the College plays in the community.

Walton says the department has an ongoing partnership with Memminger Elementary, which is located less than a mile from the CofC campus, and the Black History Month reading initiative is a continuation of efforts to have CofC athletes inspire and uplift the young students there. Because of safety precautions due to the pandemic, the student-athletes recorded videos instead of visiting the school in person.

One of the volunteer readers is Shai Blanding, a senior exercise science major on the women’s basketball team. She’s been involved in outreach at Memminger for several years and says she really enjoys the interaction. 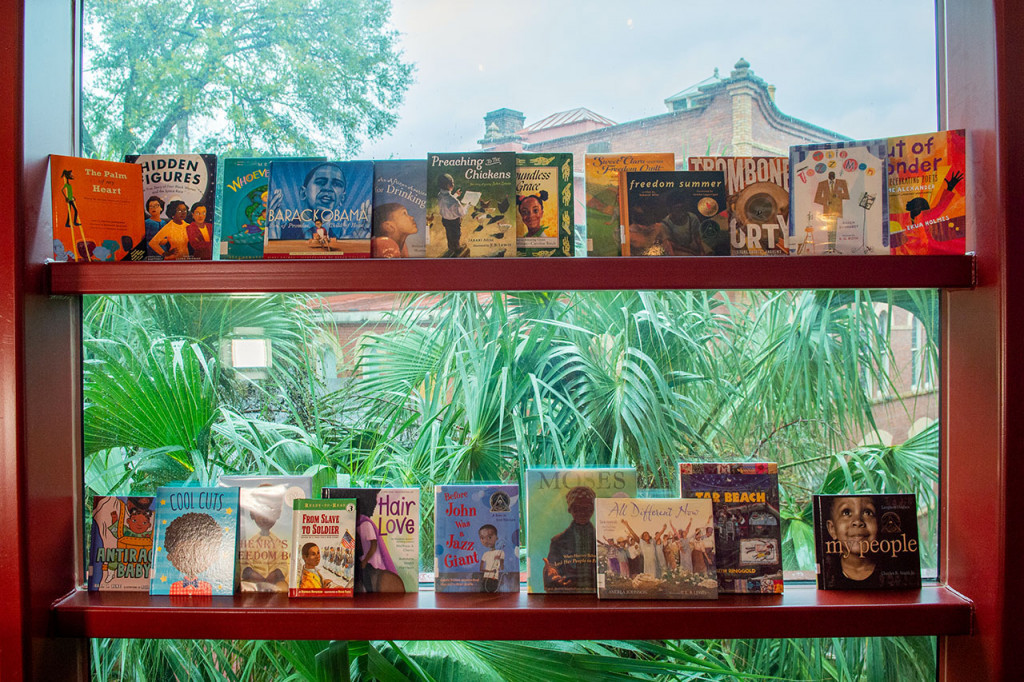 “Before the pandemic, a number of us would go there and visit classes to read with the students or play with them on the playground or sometimes we’d paint with them,” she says. “We’ve been very involved there.”

Blanding says the book she chose to read for the current initiative, Freedom Summer, is one that can help students see more than just the color of a person’s skin.

“This book is about a household where children of different races live together,” she explains. “These kids are taught to see friends instead of seeing color, and I thought that was just a beautiful thing. I think the kids will really enjoy it, too. It’s a book that brings you to tears when you really know the background and history of race relations in our country.”

For Blanding, what’s truly important about this reading project is the chance to connect with students at Memminger.

“I have this thing where I love connecting with people,” she says, “and I really love kids. I understand the background that some of the kids at that school have. For me, it’s important to be there with them and maybe serve as a role model or just be someone who supports them by reading or playing with them. Anything like that is so valuable because you never know what you can be for someone else. That’s why, when I heard about this opportunity, I jumped right in.” 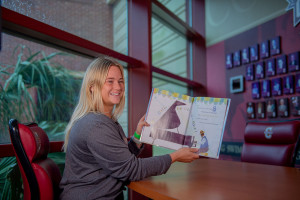 And baseball outfielder Sajon Belser, a sophomore political science major, also didn’t hesitate to give back to the elementary school students. Belser chose to read a book entitled From Slave to Soldier, which tells the story of an enslaved man who joins the Union Army in the hopes of eventually becoming a free man at the end of the Civil War.

“I was nervous at first to read on camera,” he admits, “but being able to give back to the community in this way is a huge opportunity. Just connecting with people through this project can make a difference, and I’ll definitely do it again, no question. Any time I can give back and represent the athletics department this way, why not?”

Walton says it’s important for student-athletes to participate in community service projects for a number of reasons – chief among them the positive impact their presence can have on the young children who look up to them.

“As a former student-athlete,” he says, “I was told by my coach every day ‘Remember who you are and remember what you represent.’ In the spirit of his guidance, this reading project will provide the Memminger youth positive role models to emulate as well as an understanding that the College of Charleston wants them all to succeed in their young lives.”