By Editor|2021-03-08T09:23:48-05:00February 23, 2021|Academics, All News, Side Feature|Comments Off on Avery Research Center Continues Legacy of Educational Excellence
In recognition of Black History Month, The College Today is highlighting African American students, faculty, community members and institutions that have made an impact at the College of Charleston. The Avery Normal Institute, a school for African Americans founded in 1865, created a solid foundation for its students to thrive and succeed in society. Today, the Avery Research Center for African American History and Culture at the College of Charleston continues that legacy by raising awareness about the history of African Americans.   Walter G. Brown Jr. is someone who benefitted from an Avery Normal Institute education. Brown contracted polio as a young boy, and when he started school his teachers mollycoddled him. As a result, Brown didn’t apply himself. Fortunately, Ms. Mary Fraser, a retired educator and his family’s landlord, offered to homeschool him. 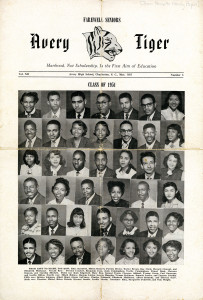 Walter Brown, top row fourth from the left, was in one of the final graduating classes at the Avery Normal Institute, which later became the Avery Research Center.

“She rang a bell at the start of school and then again at lunch,” chuckles Brown. “Whenever I heard the bell, I knew it was time to go downstairs for class.” From kindergarten through second grade, Brown was homeschooled. Then Fraser informed his parents that it was time for him to go to the Avery Normal Institute located on Bull Street in downtown Charleston. For his family, having Brown attend the private school was a sacrifice, but one they considered an important investment.  Brown attended the Avery Normal Institute until he graduated in 1951. To this day he remembers the many educators who influenced him — D. Jack Moses in the music department; John F. Potts, the principal and a member of the Omega Phi Psi fraternity that Brown later joined; Alphonso W. Hoursey who created Hi-Y, a program to teach male students social graces; and Luther Bligen who coached the football and basketball teams to success. 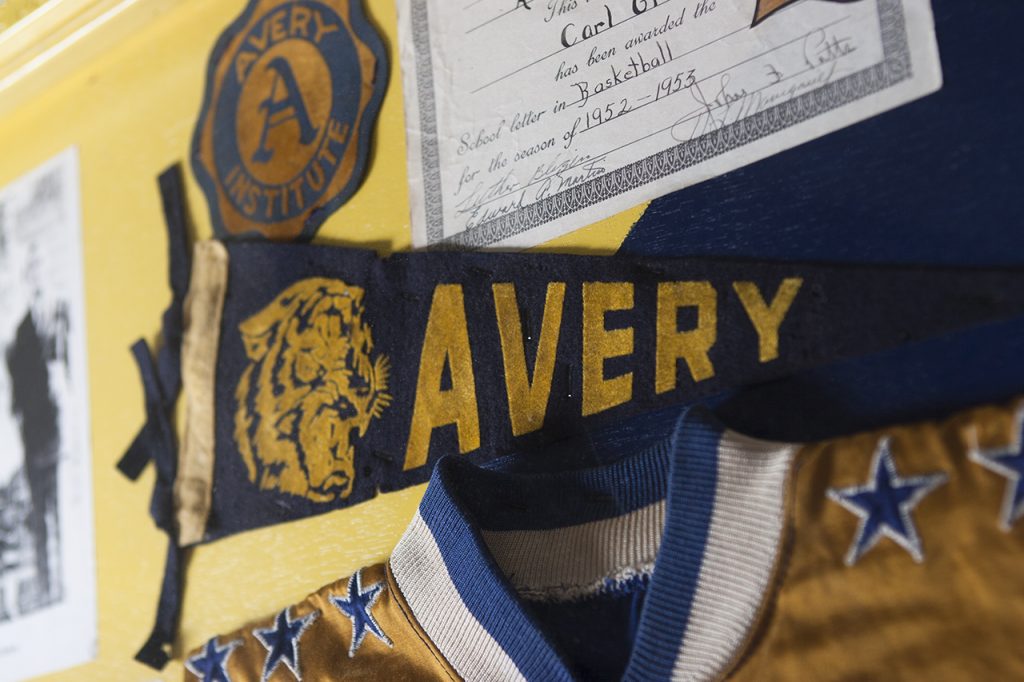 Founded in 1865, the Avery Normal Institute operated as a teacher training school for African American students until 1954.

Brown’s education, which included the Classics, was designed to prepare him for college, which the majority of his classmates attended. He received financial assistance to attend South Carolina State College, and his Avery education gave him the foundation to succeed as an education major. RELATED: Learn more about the history of the Avery Normal Institute. “I found that my freshman year of college was a repeat of my senior year at Avery, especially biology and chemistry,” says Brown. “It was the exact same format.” Brown realized he had responsibilities to live up to Avery’s high standards. When he met, but did not exceed expectations at college, he recalls a professor saying, “You attended Avery. You are better than this.” Brown went on to be a successful educator and community leader. Unfortunately, his graduating class at the Avery was among the last. In 1954, the 89-year-old institution closed its doors. 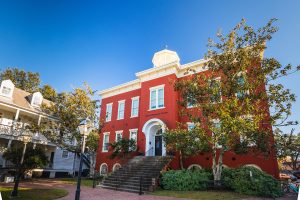 The Avery Research Center for African American History and Culture opened at the site of the Avery Normal Institute in 1985.