The College of Charleston’s commencement exercises are known for being picturesque, but the first thing that stood out this year were the smiles. And there were plenty of smiles.

That’s because for the past two years, the pandemic meant that the College’s traditional spring graduation attire consisted of white dinner jackets, white dresses and face masks. This spring, with the pandemic waning, the mask mandates were lifted. So, on Saturday, May 7, 2022, smiling graduates and proud parents filled the Cistern Yard to once again fully enjoy CofC’s iconic commencement ceremony. 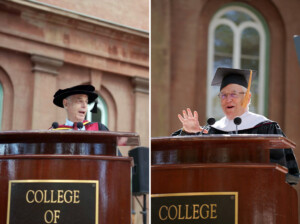 In the Saturday morning ceremony, hospitality and tourism Professor Steve Litvin congratulated the graduates of the School of Business and the School of Education, Health, and Human Performance for surviving a college career that was altered by the pandemic.

“Online classes, hybrid classes, asynchronous classes and masks-required-classes have made it a tough journey,” he said. “But you have survived and should be proud of yourselves.”

“Having goals and making sure everything you do gets you closer to your goals will make your life richer and more meaningful,” he said. “Dream Big. You only go around once. Make the most of the journey.” 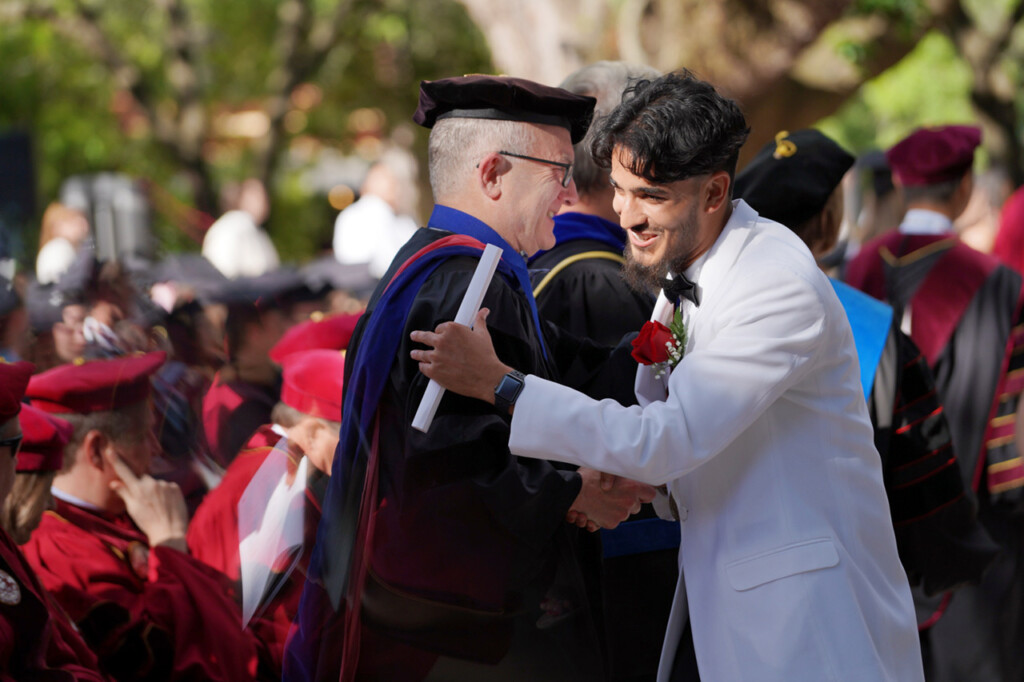 In the afternoon ceremony, United States District Judge Richard Gergel told the graduates of the School of the Arts, School of Sciences and Mathematics and the Graduate School the story of College of Charleston alumnus  J. Waties Waring, Class of 1900. Waring was a United States district judge in the Eastern District of South Carolina from 1941 until 1968. His rulings and legal maneuverings helped lay the groundwork for the 1954 landmark U.S. Supreme Court decision Brown v. Board of Education, which declared racially segregated public schools unconstitutional.

“Judge Waring’s life and extraordinary service to America were the product of a College of Charleston education, one that transformed him into a person capable of deep thought, rigorous study and a passionate commitment to the service of others,” said Gergel. “Follow the model of perhaps the College’s most honored graduate, Judge Waring, and bring to your work and service – to your communities – the skills and values you have learned here at the College of Charleston.”

English Professor Susan Farrell lauded graduates from the School of Humanities and Social Sciences and School of Languages, Cultures, and World Affairs for their “resilience” during a commencement ceremony on May 6.