Latest Halsey Exhibits Focus on the Legacy of Colonialism

Above: ‘San José y El Niño’ by Kukuli Velarde, part of the exhibit CORPUS at the Halsey Institute of Contemporary Art.

The identity of a country and its people should come from culture and traditions born from within, but often the organic nature of who we are is bent by outside forces that encroach with different values and norms.

Two new exhibits at the College of Charleston’s Halsey Institute of Contemporary Art explore such themes of culture and oppression, with both Kukuli Velarde’s CORPUS and Nancy Friedemann-Sánchez’ Pinturas de Casta and the Construction of American Identity addressing the legacy of South American colonialism. The exhibits opened May 13, 2022, and will run through July 16.

According to Katie Hirsch, the Halsey’s director and chief curator, “Kukuli and Nancy both tackle a subject that is at once deeply complicated and very simple – that colonialism is not a static moment in time with a clear beginning and end.”

Velarde, who works primarily in ceramics, is presenting her CORPUS project in its entirety for the first time. This exhibit will feature 15 ceramic sculptures – each with a matching tapestry – that individually reference pre-Columbian indigenous forms and iconographies. Velarde’s work engages and confronts Peru’s Spanish colonial past and asserts that pre-Columbian sacred entities and worldviews were not wholly extinguished by the Spanish conquerors, but instead were cleverly blended with their Catholic counterparts to ensure survival.

“Kukuli’s work is extraordinary,” Hirsch says. “With its subversive humor, CORPUS addresses the construction and expression of identity in Peru throughout its continuing developing history. The painterly quality of the ceramics set within the immersive experience that Kukuli creates in this exhibition offer visitors a truly unforgettable experience that will activate all the senses. The forms and symbols that she references are a reclamation of the aesthetics of her home country of Peru, before colonization brought with it a weaponized ‘universal’ Western sense of beauty.” 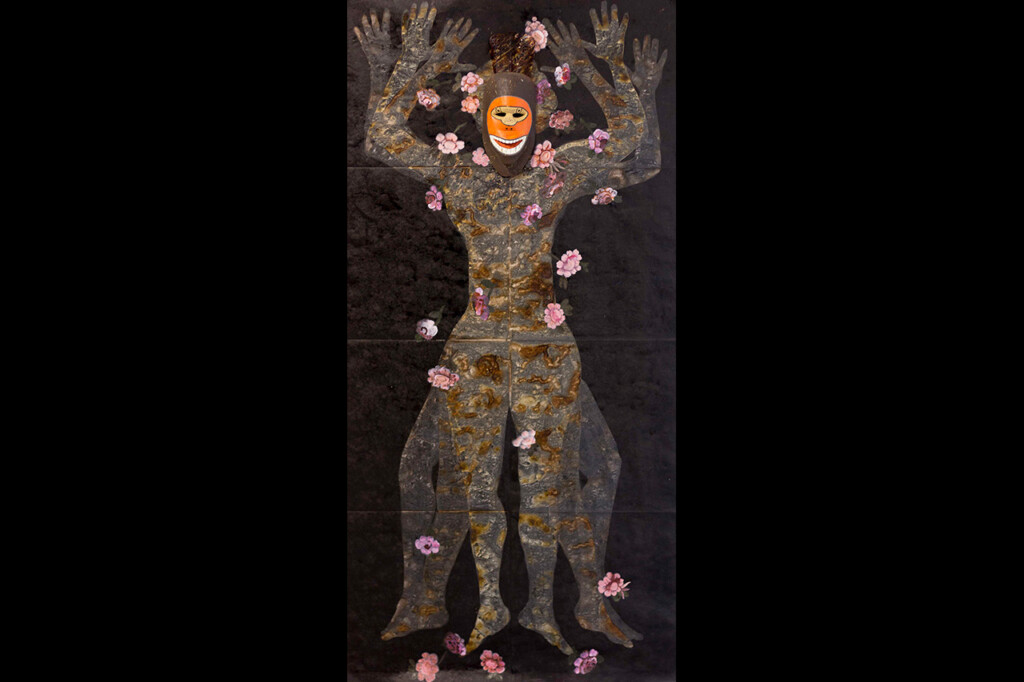 And Friedemann-Sánchez is presenting a body of work that riffs on the subgenre of Casta paintings. In 18th century Latin America, Casta paintings depicted the outcomes of mixed marriages between persons of different races or social standing. In part, these paintings were used to discourage such intermarriage, which was widespread.

Inspired by this problematic subgenre, Friedemann-Sánchez’s contemporary Casta paintings reflect on the legacy of colonialism that lingers in the racial and social discrimination and marginalization present in her home country of Colombia, as well as in the United States. Her paintings feature life-size tracings of female bodies adorned with floral imagery. Masks from across Latin America and the Caribbean are included to represent stereotypes born of colonial-era mixed-race classifications that continue are still perpetuated today.

“Nancy’s series reimagines a deeply racist genre of painting,” Hirsch explains. “We like to think that we as a society are far removed from this type of categorization of human beings, but the shadow of colonialism is long and is reflected in issues of colorism and the use of racial slurs. Nancy’s revisionist Casta paintings critique and pull apart the ideologies that have been handed down.”

For additional information about the Halsey, these artists and future exhibits, visit halsey.cofc.edu.