Every August, some 2,000-plus new students arrive in the Holy City to begin their studies at the College of Charleston. This year, the campus is welcoming over 2,200 first-year students and some 500-plus transfer students. They come from as far away as Australia and as nearby as just down the street. Let’s take a moment to meet a few of them: 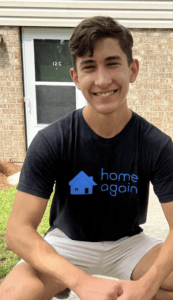 Say hello to John Michael Stagliano, a native of the Palmetto State from Summerville, South Carolina. If his last name seems familiar, there’s a good chance you’ve read about his sister, Katie Stagliano ’20. Katie, of Katie’s Krops, graduated as a communication major, and it was her four years at the College that convinced her brother to enroll.

“My sister loved her time at the College,” he says. “Additionally, the location – so close to home – will enable me to continue my efforts with Home Again.”

Home Again is a local nonprofit that John Michael established when he was just 12 years old. This organization helps individuals who are transitioning out of homelessness by providing furnishings and other household items for their new residences.

“I see the world through a different prism now,” he says. “I never thought about the true impact that a simple couch or kitchen table can have. Furniture can restore the dignity of a family, no matter what piece it is. A military veteran who we furnished a home for texted me perhaps the most powerful words I have ever read. He wrote: ‘You saved my life tonight.’ His depression had been overwhelming; he believed he was forgotten in this world. He was ready to end his life that very day. An empty apartment was a metaphor for his life. Maybe it was the furniture, or perhaps it was knowing that there were people out there who cared that made the difference that day. I do know that with every move-in, I have changed. I have found self-confidence and a realization that we all need to know that someone cares.”

Since starting Home Again, John Michael and his fellow volunteers have helped furnish homes for over 550 individuals. While studying computer science at the College, he plans to continue his work with Home Again and help even more people. 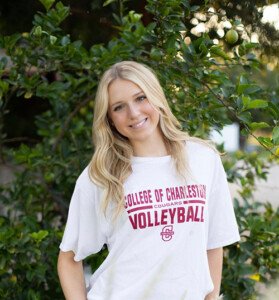 Then, there’s Bella Sinacori, who comes to the College from Phoenix, Arizona. Sinacori was recruited to play for the women’s volleyball team, something she says she’s passionate about, but she’s also eager to further her studies in business.

“While I was in high school,” she explains, “I actually earned my associate’s degree through a dual-enrollment program, so I already know what my academic focus will be. My plan is to major in business administration with a concentration in real estate. I’m actually thinking about working toward getting my real estate license later in the year.”

Sinacori says she’s already found a sense of belonging at the College.

“My decision about where to enroll was obviously influenced by volleyball,” she continues, “but the second I came on campus, I knew this is where I belong. The high school I attended was huge. I mean I sat in classes with 50 or 60 other students, so I’m really looking forward to smaller classes with a more intimate environment and a manageable campus. I’m generally excited to experience something new. I’ve lived my whole life in Arizona. So, being here and getting exposed to new knowledge and skills and meeting new people, that’s my goal.” 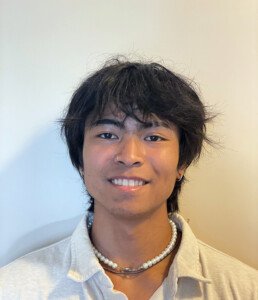 Kyle Barretto is a young entrepreneur from Fort Mill, South Carolina. Originally from the Philippines, Barretto moved to the U.S. with his family at the age of 12. His background is somewhat unusual in that he didn’t have access to digital technology until he was an adolescent, but since then he’s gone all in.

“I love technology,” he says. As a student in the Honors College, Barretto plans to major in computer science or systems engineering while balancing his studies with an array of small businesses that he operates.

“When I was younger,” he says, “a cousin visited and brought his laptop. He introduced me to Microsoft Paint. For me, it was a gateway to a whole other world – a world of numerous different possibilities – and ever since, I’ve been hooked. In the future, I plan to work for a big tech company such as Google or Amazon, either in programming or software engineering. In the meantime, I’ll continue growing my businesses. I just sold my small vending machine operation, but I also take on custom computer commissions, building computers and offering tech support. I also have a small enterprise reselling thrifted clothing. Overall, I hope to make an impact during my time in Charleston, while growing my skills and knowledge at the same time.” 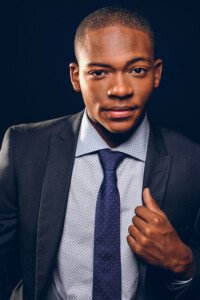 Next up is Devin Hammonds, a first-year student from Spartanburg, South Carolina. He’s already familiar with campus – and has made several friends – because he participated in this year’s edition of the SPECTRA Program, which supports first-generation students and students of color.

“I can’t say enough about that program,” Hammonds says. “I was able to take a couple of classes and I basically know where everything is on campus. SPECTRA definitely encouraged me to be more confident when I begin in the fall.”

Hammonds, who will also be studying in the Honors College, is a Legacy Scholar with the 1967 Legacy Program. He lists his academic interests as entrepreneurship, business, and hospitality and tourism. In fact, he plans to major in business administration with a concentration in the latter.

“I’m really driven regarding academics,” he says. “I want to jump right into that, but I also want to see what else the College offers. I hope to have time for some extracurricular activities. I swam competitively for years and I enjoy other aquatic activities as well. I also play the piano and staying active in that is something I hope to do. Though I’ll primarily be focused on my studies, I plan to build my businesses along the way. Right now, I’m setting up a business that will sell plants through Etsy. Doing this will give me an opportunity to apply what I’m learning in the classroom right away.” 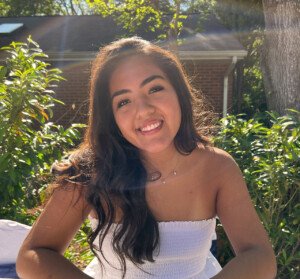 Also starting at the College this August is Valeria Rojas, who is enrolling from her home in Alexandria, Virginia. Rojas became familiar with the College through years of traveling to Charleston for family vacations. Eventually, she says, she took a campus tour and the setting and the people she encountered just won her over.

“When I took that campus tour,” she recalls, “I just fell in love with the place. It’s not just the campus and its beauty, but the people you meet as well. When I started getting accepted to colleges, almost all of them were pretty large, and I know that I’m the kind of person who values a one-on-one experience with teachers and professors. I want that access so that I can get all the help necessary. It became clear that this is the norm at the College after I met with School of Sciences and Mathematics Dean Sebastian van Delden. He was super helpful.”

Rojas plans to major in systems engineering and says she’s really looking forward to joining the Women in STEM club.

“I’ve always known that I want to go into a STEM field. I love to challenge myself and systems engineering caught my eye. It seems really engaging. But I also want to keep an open mind about the other things I can get involved in aside from academics,” says Rojas. “I’ve always been a competitive swimmer and I’m going to look into joining the club team. And since I hope to minor in Spanish, I want to see what clubs exist that support that. I also want to continue just working out because that’s my form of therapy; it’s where I get a release from the stress of studying or the other pressures that can arise.”

Rojas, who is a twin, says one of her initial challenges will be adjusting to being away from her sister for the first time.

“Yeah, I’m going through the anxiety of that right now,” she admits. “I know it will be all right eventually, but we’ve been fixtures in each other’s lives forever. Still, being at the College is what I want, so I keep telling myself it’s going to be OK. I know I’ll have challenges thrown at me my whole life, so if I can work through this, I can do anything.” 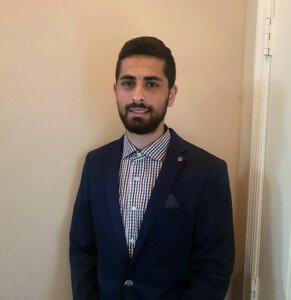 And last but not least, Wassim Hadweh, is a transfer student from Summerville, South Carolina, who plans to major in accounting. Hadweh is originally from the Middle East, but he, his sister and his parents moved to the U.S. several years ago when he was 16.

After graduating from Trident Technical College, Hadweh says he chose to transfer to CofC because of his fondness for the city, but also due to what he learned about the College.

“When I was looking for colleges,” he explains, “I found out that the College of Charleston is highly ranked worldwide, so that impressed me. In general, I’m interested in furthering my education and meeting new people, and the College seems like an ideal place to do that. I’ve already met a few of the professors in the accounting department – I’ve never seen faculty so willing to support a student’s success. And, when I visited campus, I just loved the College even more.”

Hadweh says he plans to focus primarily on his major, but should his schedule allow, he may opt to play soccer at the club level as well.

“I’ve played soccer since I was very young,” he says, “and I have a passion for the game, but overall, I’m really interested in learning. I also enjoy passing along what I learn. My native language is Arabic, so I’ve had to learn to speak and write in English over the past four years and some of that process was a struggle. If I can help someone avoid the struggles that I’ve had while learning, I want to do that. That’s one of my core beliefs, that we can all benefit from the experience of others. Essentially, I’m here on this planet to help somebody else. That’s how I see my life.”