Above: (L-R) Maggie Pennington, the first women appointed as a full-time faculty member at CofC, alumna Dr. Ebony Hilton, the first Black female anesthesiologist at the Medical University of South Carolina, and Honors College student Jody Bell, founder of I.C.O.D: In Case of Deportation, a website provides immigrant students information about their rights.

A professor using her expertise to design and build the campus’ greenhouses for botanical experiments. A team of Honors College students working collaboratively to develop a new discussion series on race. A trailblazer who wasn’t afraid to be the first. These are just a few of the inspiring stories of women who have made history at the of College of Charleston.

In honor of Women’s History Month, which runs from March 1-30, here are 15 women who have helped shape the past, present and future at CofC and beyond. 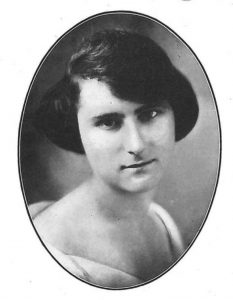 Pierrine St. Claire Smith Byrd ’22 was the first woman to graduate from the College of Charleston, and proved to everyone that women could not only excel at the College, but play an integral role on campus. She graduated first in her class and received the prestigious Alumni Medal. During her time at the College, Byrd served as the president of the Co-Ed Club, captain of the women’s basketball team, secretary of the Athletic Association, co-ed representative of the Honor Committee and editor-in-chief of the College’s yearbook, The Comet. She also worked on the College’s magazine for three years and served on the student class government for four years. After earning her A.B. degree from CofC, Byrd went on to teach at Memminger High School in Charleston.

Dr. Patricia Carter ’37, who graduated from the College with a degree in Latin, was the first woman to practice obstetrics/gynecology with surgical specialty in Charleston. Objecting to the premise that “women make better nurses,” Carter graduated from the Medical University of South Carolina, completed her residency at Philadelphia’s Misericordia Hospital and did postgraduate training in gynecology with an emphasis on cancer and surgery at Bellevue University in New York City. After serving as chief of the OB/GYN department at Roper St. Francis Hospital in Charleston, Carter was appointed chief of staff. She was the first woman physician to be a member of the Roper St. Francis Board of Directors.

Maggie Pennington was the first woman to be appointed as a full-time faculty member at the College. She taught biology and botany from 1962 to 1997. She played a crucial role in designing and building the campus’ greenhouses for botanical experiments. She served as president of the South Carolina Academy of Science in 1971–72 and is only the third faculty member to hold that position. Her many honors include the highest award given at the College – the Founders’ Medal. 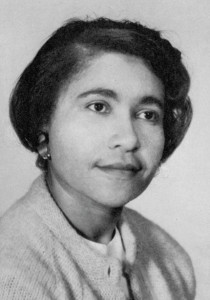 Owilender K. Grant joined the Department of Mathematics as the College’s first full-time, tenure-track Black faculty member. After joining the College, Grant went on to complete a doctorate of philosophy in mathematics education from the University of South Carolina in 1978. A year prior she was promoted to project director for the College’s Upward Bound program, which offers support to a college preparatory program aimed at supporting minority high school students.

Linda Dingle Gadson ’72 made history as one of the first women of color to enroll at the College of Charleston. Gadson along with Carrie Nesbitt Gibbs, Angela Brown Gilchrist and Audrey Dingle Cooper became the first black women to graduate from the College when they walked across the Cistern to receive their diplomas in 1972. After earning her degree in political science, Gadson made a career in the nonprofit world, climbing the ladder to become executive director of Rural Mission Incorporated on Johns Island, which aims to support low-income residents on Johns Island, Wadmalaw Island, Yonges Island and a portion of James Island.

Arlinda Locklear ’73 is a recognized expert in Native American law, representing numerous tribes on wide-ranging issues. An ancestor of the Lumbee Indians, Locklear, who majored in political science at the College before earning her law degree from Duke University, has spent more than three decades fighting for federal benefits for the tribe. In 1983, Locklear became the first Native American woman to argue before the U.S. Supreme Court, and she has twice served as lead counsel in cases in which the Supreme Court ruled in favor of tribal parties.

Pamela Tisdale accepted an assistant professor position at the College in 1977. She was teaching in a public school in Denver when she heard about a position in CofC’s Department of Education and was convinced to make the move once she heard of the College’s recent growth and potential. Tisdale served as the first dean of the School of Education from 1988 to 1994. During her career, she witnessed the positive impact scholarships have on teacher education students’ access to college and their reduced debt after college. 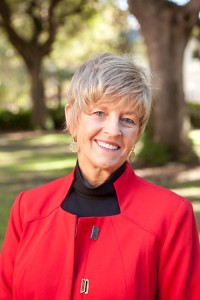 Tracy Swinton Bailey ’95 graduated from the College with a degree in English before going on to earn a master’s degree in secondary education and teaching from Coastal Carolina University and a doctorate in language and literacy from the University of South Carolina. In 2010, Bailey founded the nonprofit Freedom Readers program, an after school and summer literacy program that aims to improve reading skills for children in low-income communities through one-on-one tutoring as well as free books for home libraries. Since its founding more than a decade ago, Freedom Riders has grown to include 20 sites in three South Carolina counties (Horry, Georgetown and Williamsburg).

Dr. Ebony Jade Hilton ’04 is a native of the South Carolina upstate community of Little Africa, who earned three bachelor’s degrees at the College – in biochemistry, molecular biology and inorganic chemistry – before going on to earn a medical degree from the Medical University of South Carolina in 2008. She made history in 2013 when she became the first African American female anesthesiologist at the Medical University of South Carolina. From the age of 8, Hilton-Buchholz knew she wanted to be a doctor, and she vigorously pursued this goal. In addition to her position as an associate professor of anesthesiology at the University of Virginia, Hilton-Buchholz is also co-founder of GoodStock Consulting, a health care consulting group; a children’s book author; a public speaker; and community activist for marginalized and underserved populations. 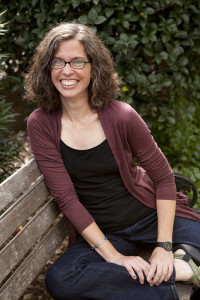 Alison Piepmeier became the first full-time director of the Women’s and Gender Studies Program at the College in 2005. Her work on Third Wave feminist activism led to a 2003 co-edited anthology, Catching a Wave: Reclaiming Feminism for the 21st Century, and a 2009 book, Girl Zines: Making Media, Doing Feminism. She then began writing on feminism and disabilities for a number of media outlets, with important articles in Disability Studies Quarterly, Feminist Formations and Feminist Studies. She passed away on Aug. 12, 2016, following a six-year battle with a brain tumor. She is survived by her daughter Maybelle and husband Brian McGee. Her final book, Unexpected: Parenting, Prenatal Testing, and Down Syndrome, was published posthumously in February 2021.

Cookie Desai,  Andrea Kimpson and Aliece Hurley – each members of the Charleston Fellows Program – worked diligently over the past year to mitigate unconscious bias and promote fairness in the Honors College application-review process. They worked closely with Elizabeth Roberts ’14, associate director of admissions for the Honors College, to dissect and revise the process so that socioeconomic status, racial and ethnic backgrounds, and gender expression are each taken into account. Their goal was to ensure a more just opportunity for all applicants. The trio also initiated a new, weekly student discussion series about racial inequality in the U.S. dubbed “A Series on Race.”

Jody Bell founded the non-profit I.C.O.D: In Case of Deportation, a resource that helps educate immigrant students about their rights, when she was still in high school. Bell, who is now a sophomore at CofC majoring in finance, was recognized for her work on International Women’s Day in March 2021 during an interview with NBC’s Today Show host Hoda Kotb.